In 2020, hundreds of young Indigenous athletes across Saskatchewan were gearing up for the North American Indigenous Games, which were scheduled to be held over the summer in Halifax. 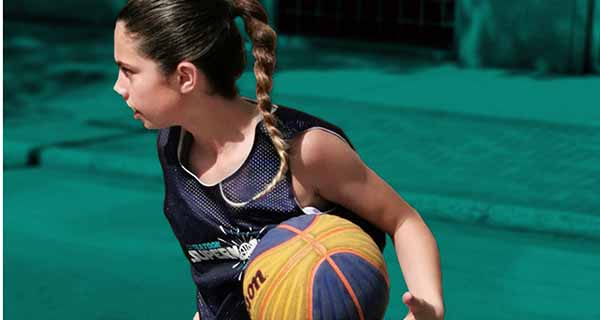 Willow Tanton is one of many NAIG athletes that have kept working out and pursuing the passion for their sports despite Covid-19.<Br> Photo by One Love Basketball

But weeks before the games were scheduled to begin, as COVID-19 continued to spread throughout the country, NAIG was cancelled.

“I was pretty upset, pretty devastated,” said Willow Tanton, a 15-year-old basketball player who would have been attending her first Games. “I was really excited to go and travel to Halifax.”

Mike Tanton, Willow’s father and the Chef de Mission for Team Saskatchewan, said many athletes shared that experience this year.

“A lot of our athletes were training hard and preparing themselves to represent our province at the Games,” he said. “For them to have that pulled right out from underneath them with the global pandemic was hard.”

For older athletes, NAIG’s cancellation came with another set of worries - that they might not be able to compete at all in the future, if they were to pass the competition age limit during the pandemic.

“Maybe I’ll have to go as a coach,” said 18-year-old lacrosse player Annakah Ratt. “We’ll see what happens the next time NAIG takes place, which is kind of unpredictable during the pandemic.”

Since the cancellation, the NAIG Council and the host society have agreed to raise every sport’s age limit by one year, so athletes like Ratt will have the chance to play in the next Games.

And while athletes are looking forward to that future date, during the pandemic, training has also been a challenge.

“Basketball is a pretty hands-on sport,” said Willow. “Everyone’s sharing a basketball and different teams are mixing, so it’s not very COVID-friendly.

“But it’s been pretty weird not being able to play basketball as much as I used to and being forced to sit at home and watch old videos of people playing basketball.”
Team Saskatchewan did run some online programming for athletes, but Mike said it was hard to reach all the athletes who wanted to participate.

“It was tough because we tried to do that when school wasn’t even in place, and a lot of our Indigenous communities, a lot of the time the school is the main community hub,” he said. “That’s where our young people access the internet and all those types of things.”

Still, the pandemic has created some opportunities for NAIG athletes and supporters. In this unexpected off-season, Team Saskatchewan has been working on a coaching program to get older athletes certified, so they can keep attending the Games and sharing their expertise in the future.

And with many athletes forced to train on their own, Mike says he has seen these young competitors learn important lessons about self-motivation.

“Sometimes you need to learn how to push yourself internally,” he said. “You’ll have kids that learn and develop when the coach is there, but sometimes they are not able to push themselves to do that practice away from the court and on their own time.

“And ... you see the kids that are able to do those things usually start to excel and build a better understanding and knowledge of whatever game they’re involved in.”