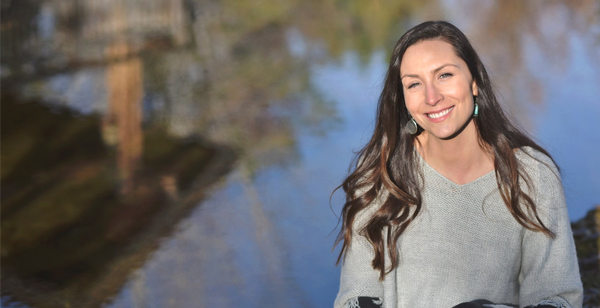 When the pandemic forced a shutdown of Dawn Deguire’s yoga classes last year, she thought it might also prevent the Indigenous Yoga Teacher Training program she has run for two years.

But her business, like so many others, adjusted and took many of its activities on-line.

"We’ve used Zoom all the way," she said. "We already had an account we’d been using for training last summer, so we took significant portions of programming online."

Now her yoga classes and the first 50 hours of her 200-hour instructor training take place in a meeting-style, viewable layout on Zoom, with instructions and demonstrations.

She is able to reach more people every week, since many classes were shut down.

“The online is keeping us with a strong basis of peeps signing up each week…its been really great for us,” she said.

The instructions are popular because they’re easily accessible in the privacy of participants’ homes, she said.

"People don’t want to go to yoga studios, especially during COVID. Indigenous people, particularly, not too many go to yoga studios. And this is a way to bring it into your homes and they can try it that way."

“Yoga is a really privileged thing here in the west. Studios are not made in an accessible way for Indigenous people, representation-wise, (and are) usually in higher-end parts of city. The rates, and all of it, there’s no indigenous instructors, there’s just nothing there that resonates as a practice,” she said.

Deguire wants to make the benefits of yoga accessible to Indigenous people.

“We train yoga instructors to take yoga back to their communities and embed the practice of yoga in their communities. Zoom makes that a lot easier… We actually attract people from wherever they are, they don’t have two travel.

Deguire's instructor training introduces Indigenous world views by inviting First Nations elders and knowledge keepers to talk with participants, in addition to having Indian elders teaching about the yoga perspective on life and practice.

“Yoga is all about, not just exercise, it’s a way of life, it’s like the red road, it’s the equivalent. Then we compare them and students take whatever they want and put them into their classes. We don’t try to create Indigenous yoga but if a student wants to include it in their class, (they can,)” she said.

The online segment of the instructor-training course has shortened the stay in Saskatoon for out-of-town students, who will still do 150 hours of training in the city.

"We would definitely keep online instruction as part of our plan, now and after COVID is done,” Deguire said.

“It was actually a gift to have it roll out the way it did, because we’re always like, ‘how do we make yoga accessible to Indigenous people?’ Our model was to bring yoga to the people rather than try to attract people like traditional studios do."

Providing the classes and teacher training online has turned out to be easier than Deguire expected.

"It was really, actually, our thinking around the whole thing that made it most difficult,” she said.