Indigenous coordinators champions of softball for all 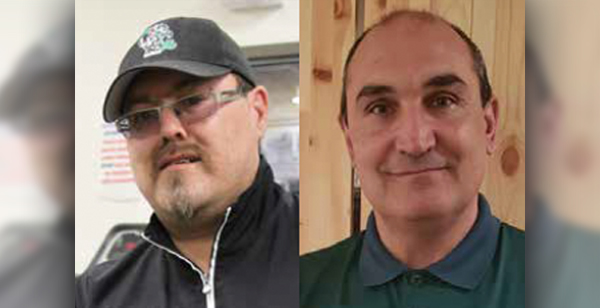 If the benefits of sports were in a pill, we'd down them by the handful.

A very short list of the social, physical, financial, and psychological benefits for youth include: reduced rates of diabetes and obesity; lower rates of depression, suicide, and cigarette smoking; increased confidence and focus in school; and increased likelihood of attending post-secondary education.

Jason Johnston and Kevin Roberts, two familiar faces in youth sports in the province, have been brought on by Softball Saskatchewan as Indigenous Sports Coordinators; working as softball ambassadors in order to bring more Indigenous youngsters to the sports. And both know the benefit of having kids in sports is nearly limitless.

“Any sport is a great opportunity for a young person to grow as a person. That's what all of this is about. Growing confidence, being mentally and physically healthy, and developing skills that will help you succeed in life,” said Roberts.

Softball Saskatchewan is the provincial governing body responsible for the development, promotion, and regulation of softball in Saskatchewan. Roberts, who also works as Director of Sports and Recreation at Lac La Ronge Indian Band, and Johnston, a sessional lecturer at SUNTEP and long-time softball coach, will essentially be the go-to-guys in the province for everything youth softball – communicating with First Nations, teams, coaches, and umpires about clinics and tournaments, while doing whatever they can to promote and grow the sport.

“It's about people in the communities having a level of comfort with us,” said Roberts. “People will more readily reach out to someone they know, one of their Indigenous peers.”

The opportunities for young people are vast, and can take young people around the province, or even the country, said Johnston. He has had several youth go on to play for provincial or national teams, including the gold medal winning 2006 Team Saskatchewan at the North American Indigenous Games (NAIG) in Denver. And players he's coached have even received scholarships to play softball in the States.

“It's allowing First Nations kids to see what that higher level of competition is. You want to be Michael Jordan? You have to see what steps you have to go through, like (Saskatoon basketball player) Michael Linklater, to be ahead of the curve,” said Johnston.

“We are the message gatherers. So the goal is to ensure First Nations and Métis communities know that Softball Saskatchewan is working hard at this. We want to increase the numbers of (Indigenous) athletes by as much as we can.”

Needless to say, the challenge this year is having teams actually get on the field. Restrictions currently only allow for groups of eight to practice within their community, and no travel for games or tournaments. But with the Tony Cote Summer Games and NAIG tentatively on the horizon, Johnston and Roberts will be working hard to get youth out and playing ball.

“We're trying to develop at the grassroots, so even the little guys can play in their own communities,” said Roberts.

“Regardless of what happens this summer with Tony Cote or NAIG, we're still trying to promote the game while keeping people safe.”