What Canadian First Nations can learn from New Zealand's Maori

How Indigenous-led business partnerships can lead the way 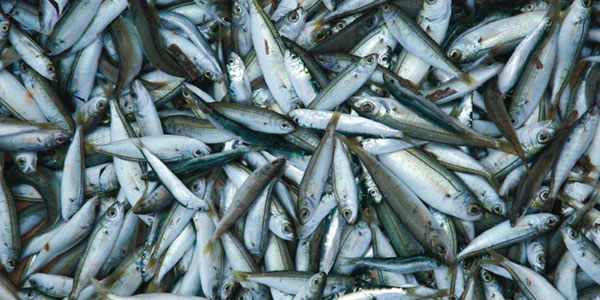 In New Zealand, the Maori are responsible for 40 per cent of the fishing industry. Photo courtesy www.munz.org.nz

Moving Manitoba's Indigenous peoples from the liability to asset column was a topic that consumed some of Manitoba's most innovative First Nations and mainstream business minds during a two-day 'design-thinking boot camp' recently.

It was facilitated by Karl Wixon and Trevor Moeke, two Maori business leaders from New Zealand who, as part of a broad Indigenous-led partnership, have helped create and stoke a movement in their homeland that has transformed the role their people play in the island's economy.

As directors of a treaty settlement trust, they have been part of a wealth creation plan that saw their initial settlement of $176 million in 1996 grow to an asset value of $1.3 billion today.

More broadly speaking, the Maori are now responsible for 40 per cent of the fishing industry; 36 per cent of forestry; 30 per cent of lamb production; 12 per cent of sheep and beef, and 10 per cent in each of the dairy and kiwi fruit sectors. By any measure, it's an astounding story of growth and success from an Indigenous group that represents just 10 per cent of the New Zealand population.

Fundamental to the shift towards wealth creation to support culture, language and environment was a shift from grievance to growth thinking. From dispute and protest that pitted Maori vs. Government to a mindset that allowed Maori to work with government. In this move from grievance to growth, tradition and a strong connection to the land were not lost, they were enhanced.

In fact, Maori leaders are now creating 75 and 100 year business plans for sustainable fishing and forestry sectors. Managing valuable commodities like rock lobster (called crayfish in New Zealand) which are harvested by open water deep divers then shipped straight to Shanghai that night for consumption, requires a deft hand to protect the resource for future generations.

As Wixon says, "We still have our dust-ups with government, but that's no longer what we are solely about."

"Initially, we sent our youth out to become lawyers. A generation of hundreds of lawyers and they got in dust-ups. Some still do that," he said. "Now we send our youth out to get commerce degrees, and environmental management degrees. We have moved beyond the dust-ups by having our communities invest in their own futures."

Some of this shift was predated by settlements attached to Waitangi Tribunal. "Once assets change hands, the 'biff biff' approach changes to become about how we transmit wealth inter-generationally, said Moeke.

In the midst of this transition, the Maori have discovered that they have a value added effect on New Zealand business. They could help the country create a differentiating factor that would allow them to increase the value of products.

Honey is a perfect example. The Miere honey coalition takes 'a genuine path to market that is supported by provenance and storytelling, that is traceable and safe, and is able to command a premium.' Premium meaning $40 per kg (and expected to grow upwards to $100 per kg) vs. regular honey selling for $4 per kg. Again, the power of allowing indigenous-led development increased value.

We have a lot to learn from the Maori in how to sell our Indigeniety as something that can attract investment (both monetary and social) from the rest of the world. Luckily, we can add to this learning as we already have a model that helped shape Manitoba's business future internationally, many, many decades ago.

It was the Hudson's Bay Company that first made formal business partnerships with First Nations in Manitoba. They used 'chiefs' to act as their agents, taking advantage of millennial old Indigenous trade routes to bring goods to York Factory. First Nations were not pawns of the fur trade, but active agents who largely controlled its markets for a 200 year period. The trade protocols they used (both HBC and First Nations) were based on Treaty protocols, which, in many senses, were our earliest economic agreements.

Whether we look to our past or our present, one thing seems certain. While conflict may still be necessary, now may be the perfect time for Manitobans to stop investing in dust-ups and, instead, invest in relationships that bear the fruit originally intended in our earliest Treaties together.

James Wilson is an advisor with EvidenceNetwork.ca and commissioner of the Treaty Relations Commission of Manitoba, a neutral body mandated to encourage discussion, facilitate public understanding, and enhance mutual respect between all peoples in Manitoba. @jamesbwilson_ This article appears couresty Troy Media.