The stone where the spirit dances 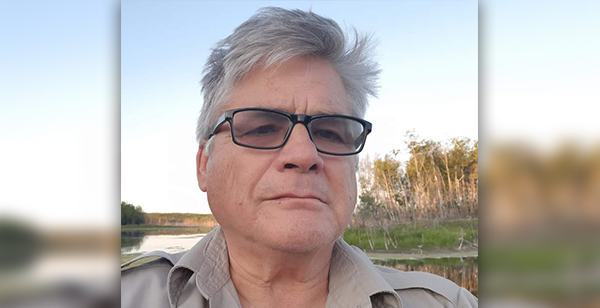 My wife, who is my constant companion, and I left Saskatoon headed south in mid-July. The road was long and at times stretched unbroken in a straight line for many monotonous miles. A baking heat was made tolerable by air conditioning. The seemingly endless miles were placated by music played at an appreciable volume. Nothing like eighties music, sweet to aging ears, perking us up on an hours-long drive. We were on a journey to experience little-known ancient ceremonial places. I was doing what I was meant to do and only later did I understand I was only following my shadow.

Whenever we travel, I like to follow the back roads at a leisurely pace. It gives me a better insight and feel for the land. The crop lands offend me but when I cross prairie, I feel fully alive. In southwestern Saskatchewan, distance is often measured in time rather than kilometers. The places we seek are isolated and the back roads can be confusing. The ancient peoples left scant but enduring evidence of their presence. Upon the land are the tipi rings, medicine wheels, effigies and large boulders carried great distances by the Laurentide glacier then deposited some fourteen thousand years ago. These places are magical. They are timeless, mysterious and have been mercifully spared industrial desecration.

We followed the grid roads north west of Swift Current. Our destination was the Hazlet glacial erratic. It was all too easy to become lost, but with some luck we found it. The stone was very large on a ridge surrounded by a field of prairie grass and sage. The ground around is worn into a bowl-like shape from buffalo circling it for thousands of years. There are patches worn smooth by the buffalo rubbing against the stone. A large piece has fallen away. On the mother rock there is a flat surface where there are hand prints painted in red ochre. One side has very faded red ochre painted to the height of a person’s reach. There are circles of stone a moments walk to the east. It is the only place in southern Saskatchewan where a painted petroglyph can be found. The circle formed by the buffalo has a sacred center, the boulder itself. A circle with a sacred center is replicated in the sun dance, the sweat lodge and tipi. It represents life itself and can be found in a robin’s nest with an egg at its center. I don’t have to define the boulder using logic and reason. It’s more an awareness of senses very present in such places. The feeling comes gently but is lost when thinking alone takes over. It can only be understood when experienced and cannot be forced. Power moves in the moment. The boulder is very much alive and the spirit dances.

Our journey was made possible with the help of the Saskatchewan Archaeology Society (SAS) and the support of Sask Arts. Many thanks to SAS guides who accompanied us.