Some amusing, not-so-news-worthy stories which never made it to print 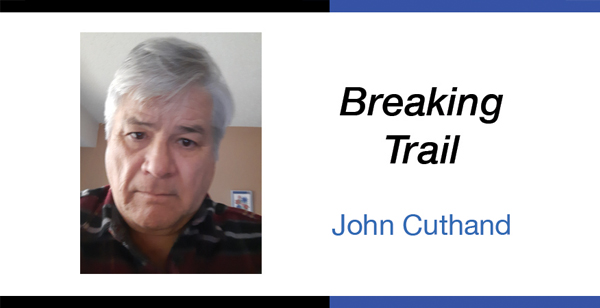 I was once a press officer to a vainglorious Grand Chief. I often wrote his speeches and regularly accompanied him. A situation developed in the north where the Métis were protesting a railroad and had been tearing up tracks. I can’t remember why. It was all over the provincial news at the time. Although it had very little to do with us, the Grand Chief decided we must get involved. His plan was to join their protest in solidarity. He would take the lead away from the Métis, kidnap the railroad vice-president, then if things didn’t work, out blame the Métis.

Those privy to the small meeting were incredulous and voiced their objections, but since the Grand Chief wielded so much power, the plan went ahead. The Métis provincial president was a nervous wreck and so it wasn’t all that hard to sit as equals. There was a meeting of all involved. The rail vice-president readily agreed to the demands and all was well until the Grand Chief’s plan fell apart. He wanted the protesters to burst into the meeting. My job was to tell them to leave and have a protester push me. When the time came, they walked listlessly into the meeting. I told them they must leave which they ignored and I found the big guy who was supposed to push me. He just stood there. I whispered, “push me.” He didn’t get it until the third time, when he finally realized his role and gently pushed me. The vice-president was stunned and dropped his pen. The Grand Chief seized the moment and gave a planned most diplomatic response. I forget the exact words but it was impressive. The meeting ended with everyone happy and the Grand Chief had found the attention he craved.

When I was a reporter with the old Métis Society of Saskatchewan (MSS) I was called upon to attend an area meeting. It was anything but. When I arrived, I met the one who called the meeting. He and a couple of his friends had shuttled people in and fed them. Most attendees were close relatives. He was quite open about his intentions. He wanted their vote to create a new MSS area with himself as area director. The twelve members readily agreed. He was the only candidate and as a result, was duly elected. The only problem was he occupied the turf of an existing area director. It was quite apparent he was after a relatively well-paying job. His rambling acceptance speech was continually interrupted by a heckler who demanded the house she said had been promised her. She was merciless and kept demanding her house. His speech faltered. Finally, he came over and whispered in her ear, “mom would you please shut up.”

In the early 1980s I attended two First Ministers Conferences hosted by the Prime Minister with all provincial premiers. These were arguably the most important meetings since the signing of Treaties. The meeting was intense, especially since it involved the Canadian Constitution and the First Nations place within it. One of a Grand Chief’s assistants went missing. No one knew where. Anyway, following the meeting, the Grand Chief lay down to relax and watch a Montreal Canadians game taking place in not so far away Montreal. The camera panned the audience and there waving wildly to the camera was the missing assistant and other staff. Shortly after, the disgraced assistant was shuffled off to a lower paying job, some distance from head office.

I was once at a culture camp. A buffalo was to be shot to feed the people. One was eventually separated from the herd. It ran back and forth within a coral. In a solemn moment a speech was given telling how the buffalo was sacred to the plains Indians. A long prayer followed. A bullet was smudged and then the First Nation Chief shot its nose off. The chief wasn’t much of a hunter. The poor buffalo was peppered with bullets until it mercifully died.

Every summer the Opaswayak First Nation in northern Manitoba host a festival. People come from all over the north and the hotels quickly fill up. The festivities begin with the shooting of a flaming arrow over the north Saskatchewan River. One year a large crowd was gathered to watch the memorable event. The chief was resplendent in buckskin, wearing a Chief’s headdress. He was given the honor to shoot the arrow. The arrow was lit, the Chief drew the bow, and the arrow flew. Trouble was there was a stiff wind that day and the event should have been postponed. The arrow was caught by the wind and sent flying back at the crowd. Everyone panicked and went running, including the Chief. It landed and fizzled out close to shore.