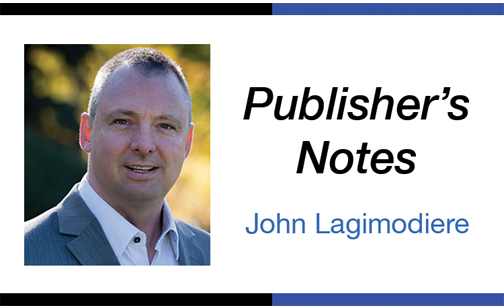 I would like to more than welcome the year 2021. I figure the year 2021 will be better than 2020 right? It has to. How can it get worse? Then, not even in a week into 2021 America implodes. And Covid explodes and most of Canada is in some sort of lockdown.…..greeeaaaat.

Rough start. So rough. But not to fear. Not going to talk about that negative stuff at all. Nope. Tired of it. And if I see one more news story of someone getting a needle in their arm, I am going to scream. My sympathies to all the squeamish that watch the news. The camera people cannot help themselves.

But I digress. The time now is to focus on some things we can look forward to in 2021. So without further ado, here are some observations and predictions for what we have coming down the pipe in 2021.

A new role model has emerged. Bella Kulak and her family and the response to her ribbon skirt incident has set a precedent on how to deal with difficult racism incidents in a classy way. Communication, learning and partnering. The family has been so open and accessible and understanding. The overwhelming response of women around the world wearing and posting ribbon skirts is uplifting. This ribbon skirt movement will be a strong voice for a long time. Women are powerful.

Vaccinations! Having Elders in the northern communities get vaccinated first has been a grand gesture. Of course, they are most vulnerable and deserve to be first, but those that have hesitations can be reassured by their leadership and now follow suit. If you want to understand the importance of vaccines to First Nation people read the article on page 6.

Because of vaccinations and people actually obeying the social distancing and mask rules, we get back to the new normal at school and work in September.

The Métis Nation-Saskatchewan has an election planned for May 29. I predict it will be hotly contested with at least eight candidates for president. The MN-S has never been so flush with funds and programs and that looks great on President McCallum’s resume. Always hard to knock off an incumbent, especially if there are many candidates.

The Métis National Council will not have an election this year…and if it does, the organization will not be the same. There will be a new president since Clement Chartier has said he is not running and technically, since Saskatchewan, Alberta and Ontario have formed a tri-council and pulled out of the MN-C, there really is no MN-C. You follow that?

The Assembly of First Nations will finally elect a woman as Chief.

The Super Bowl will be won by the Kansas City Chiefs.

The NBA champions will be the Philadelphia 76’ers. (Sorry all Raptor folks. I figure I was the only Canadian cheering for the 76’ers to beat the Raptors two years ago).

The World Series will be won by……who really cares. Honestly. Have you ever watched a full baseball game on TV? Yawnville.

The Grey Cup will be won by Cody Fajardo. Take it to the bank.

The Stanley Cup will be awarded to the Philadelphia Flyers.

Three members of the Conservative Party of Canada will have to resign after right-wing ding-dong stuff surfaces on their renegade social media accounts.

A non-confidence vote will force a federal election in the fall. Trudeau will win another minority government and the Conservative Party of Canada will fail to “Take back Canada” and eventually will oust Erin O’Toole.

There will be a record number of candidates for the Chief and Vice Chief positions at the FSIN. The pay is good, and the work is interesting and important. Hard work though. Lots of reasons to run and lots of worthy candidates out there.

There will be a new President named at the First Nations University of Canada and it will be someone remarkably familiar to the community and academia in Saskatchewan.

The emergence of Indigenous influence on TikTok, Twitter, Facebook, podcasts and other venues is amazing to see and scary for old newspaper publishers.

TikTok gets named the number one way to lose 25 minutes of your day in the blink of an eye.

Saskatchewan breaks the world record for hugs in a day on August 31 when we beat tame Covid and the government lifts all sanctions.

Here is hoping. Wash your hands. Stay home. Wear your mask. We are getting there.