Being an indigenous person in Canada is too often a dangerous reality. But it doesn't have to be this way.

The tragic reality is that the health of Canada's indigenous people lags substantially behind other Canadians. The well-documented data shows the problem across all major illnesses and all age groups.

Infectious diseases remain a major source of illness among indigenous populations. Tuberculosis is epidemic in many communities. Seasonal respiratory viruses are a common cause of serious illness and death among babies and youth.

Chronic illness, like diabetes, is rampant, and too often escalates to a need for dialysis and limb amputation.

Mental health issues and suicide outbreaks have recently been in the news in communities like Attawapiskat and Pimicikamak, and they aren't alone - such crises happen far too often in indigenous communities across Canada. 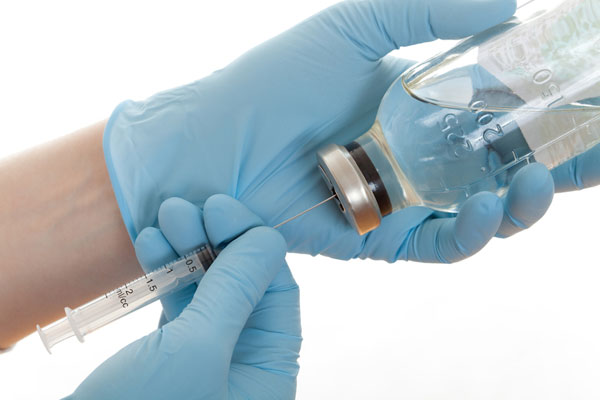 Infectious diseases remain a major source of illness among indigenous populations. Tuberculosis is epidemic in many communities. Seasonal respiratory viruses are a common cause of serious illness and death among babies and youth. Stock photo

What we know is that much of the serious health issues in indigenous populations is related to what researchers like to call "the social determinants of health" - low levels of employment, crowded living conditions and limited access to quality education. Indigenous health is also impacted by environmental factors and underperforming health and social services.

So who is responsible and what can be done?

The federal government provides services like health and education to indigenous peoples as a constitutional responsibility and through a series of treaties and acts. The recent Supreme Court ruling (Daniels vs. Canada) confirmed that this responsibility now includes Metis people and so-called "non-status Indians."

Canada has too often dealt in colonial terms with indigenous peoples, undervaluing, oppressing and discriminating against them - leaving deep scars. More recently, the Truth and Reconciliation Commission (TRC) has described a shameful era of government intent and church-sponsored support for what has now, accurately, been described as cultural
genocide.

The future, however, could - and should - be a promising one. The demographic of indigenous peoples is young in relation to the rest of Canada. And indigenous young people are increasing and achieving higher levels of education. They also have high expectations of joining growing, committed and increasingly politically astute and (critically effective) communities.

Canada should not waste the potential of these youth by repeating mistakes of the past.

Health care is in general a provincial responsibility. But the shared involvement of two levels of government in health policy has been in part defined by two Health Accords (2003, 2004) focused on mutually agreeable priority areas, such as primary care, mental health, wait times and home care. The new Liberal government has signalled an interest in discussing a future accord.

Indigenous health should be our shared provincial-federal priority going forward.

Any new accord should do two things:

First, a substantive fiscal transfer from the federal government to the provinces is required to focus on health-care access, primary care, mental health and chronic disease management in indigenous populations.

Ten years ago, the Kelowna Accord committed $5.1 billion of new federal investments in social development, including $1.3 billion just for health care. The accord was never implemented, making the gap even wider and the situation more desperate. The Kelowna financial framework should be urgently updated and translated into concrete initiatives in support of indigenous social and health policies.

Second, uncertainty over responsibility for indigenous health needs to end. All levels of government need to agree on objectives and goals, but program control should be given directly to indigenous peoples.

This can be accomplished through the establishment of indigenous health authorities. Several successful models exist around the world and in Canada. In British Columbia, for example, the First Nation Health Authority is in its early stages, but it is a step in the right direction despite a limited mandate that doesn't address all health and social needs.

The federal government and the provinces need to make indigenous health an urgent priority. It would be a prudent investment in everyone's future Canada. Time is up.

Brian Postl is an advisor with EvidenceNetwork.ca and dean, Faculty of Health Sciences and vice-provost, University of Manitoba. He is also chair of Research Manitoba. Pierre-Gerlier Forest is director of the School of Public Policy and Jack E. Palmer Chair in public policy at the
University of Calgary.