Op-ed: Will there finally be justice for families of MMIW?

It is one of those welcome coincidences that in this, our August justice issue, we get to finally run the story on the launch of the National Inquiry into Missing and Murdered Indigenous Women and Girls.

This inquiry is a result of the tireless advocacy of families, friends, activists and Indigenous leaders who lobbied for change, for justice and to be heard. We hope that what is done can lead to a better Canada.

But we need change fast. Sometimes the crisis in the community seems overwhelming.

It has been a tough time in the province this summer. The collapse of oil (and the Husky oil spill) and the prices of other commodities that the province relies on for wealth have all been at historic lows, putting severe stress on the provincial budget. Unemployment is up and revenues are down.

This has forced the government to make cuts. Unfortunately many of those cuts are in education and justice programs and services.

And this is the worse time for it. Saskatoon and Regina have some of the highest crime rates in the country. This can be traced to crystal meth and fentanyl and the gangs that sell them.

It appears that there is a war on right now, too. In a two week span this summer, 11 people were stabbed in Saskatoon. Murders are happening regularly in Regina. We still receive over 1,000 missing people press releases from the police across Saskatchewan every year. Our incarceration numbers are still climbing in our jails.

So, what can be done to right this ship? There are some positives to build on. Of course, the National Inquiry will provide direction on the issues but that will take years. In the meantime, with the issue being elevated in the Canadian conscience, allies are being formed.

Another ally comes in the appointment of Corey O’Soup as the Advocate for Children and Youth.

And please don’t forget the work of Egadz and the youth group that are hosting the 17th Annual Day of Mourning. This community walk honours victims of exploitation, murder, suicide, overdose, and disease, remembering the lives lost while building awareness about sex trade exploitation and dangers. 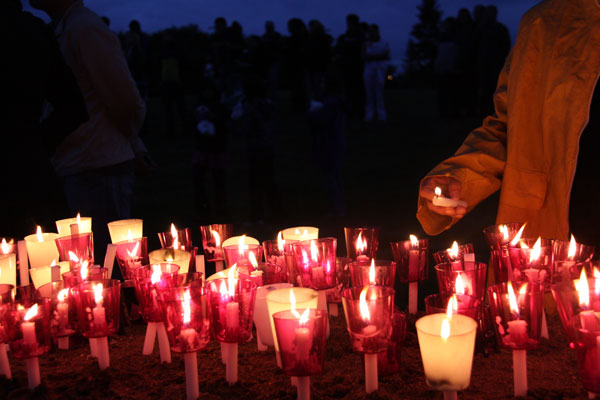 Sadly, this year they are adding five more names to the growing and already long list of deceased victims of the sex trade. Yes, the total stands at 117 right now, but these young people are empowering themselves and their peers to escape the life.

Some police forces are getting it. The File Hills Qu’Appelle Tribal Council and the Regina Police Service signed the Cooperation and Community Safety Protocol that is intended to reflect the relationship between Regina Treaty Status Indian Services (RT/SIS) and the RPS as they work to assist all children, youth, men, women and Elders in having safe, secure and stable communities in which to thrive.

AFN National Chief Perry Bellegarde and RCMP Commissioner Bob Paulson signed an agreement to promote relationship building and reconciliation between First Nations and the RCMP. The Relationship Building Protocol includes joint commitments to develop systems to effectively address discrimination and racism in the RCMP, enhance respect for the fundamental rights of First Nations people, and to ensure public safety without discrimination.

We also have the Métis Nation-Saskatchewan.

Well, yes. After a boisterous meeting in Yorkton, the delegates passed a unanimous motion for an election on February 4, 2017. That is great news for voters who are searching for justice.

The world of business has picked up on the work of the Truth and Reconciliation Commission and many are investigating how they can meet the Calls to Action laid out for them by Senator Murray Sinclair, Willie Littlechild and Marie Wilson. This may have a huge and positive impact down the line on employment and poverty rates for Indigenous people.

The Inquiry can give us hope. If we can make Canada a safe and welcoming place for Indigenous women, then a lot of the social ills we face will become manageable, but that will take time. In the meantime it is up to you and me.

Willie Littlechild, who chaired the Commission on First Nations and Métis Peoples and Justice Reform a few years ago, challenged us all to be “Champions for Change”.

It seems like an ideal time to pay attention to Willie’s wise words.