The end of the year is always exhausting as people often plan life around the highs and lows of the 12 months of the calendar with Christmas always being the big reward at the end of the year. This year was a challenging one in Saskatchewan and it seems as though the negative things that happened over the year pile on and make late November and early December rather depressing.

To circumvent the negative, we always look back on the year that was for the news maker of the year (Congratulations Chief Tammy Cook-Searson!) and the positives that have happened that give us hope for the future. Below are some totally random people or events, simple or grand from the past few months that make us reflect positively on 2015 as we hang on till Christmas. 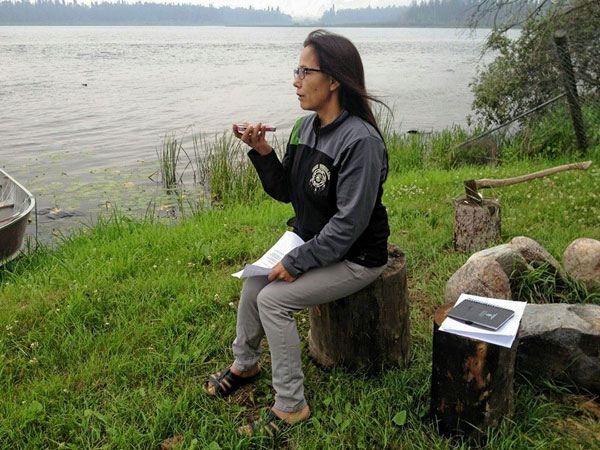 The Liberal Party win and the naming of Justin Trudeau as our Prime Minister has given us a wonderful boost. The Aboriginal vote was strong this election and Trudeau has made many promises that make us excited for the next four years. If symbolism means anything, Trudeau and the Liberals have already hit it out of the ball park. At the swearing in ceremony, Trudeau and his ministers were led in by the traditional Cree drummer followed by Inuit throat singers and the ceremony was then rounded out by the Prairie Fire Métis Dancers. And now they announce a national inquiry into missing and murdered Indigenous women and girls. Sure, these are just symbols and not real legislation, but wow, nice start.

The Saskatchewan Polytechnic has launched a plan to indigenize their campuses. They want to incorporate Aboriginal pictures, people, curriculum and events into all their campuses. One event they host is the raising of the Métis flag on Louis Riel Day at every campus. This year they made history in Saskatoon as the students from St. Michael’s Community School came over and sang the Métis National Anthem as the flag was raised and then again in the lobby of the building. Did you know that St. Michael’s is a Métis school? Somewhere that day Louis Riel and Gabriel Dumont smiled.

Justice Murray Sinclair, Marie Wilson and Willie Littlechild have released the Truth and Reconciliation report and their Calls to Action. This plan gives Canadians a road map towards reconciliation. Good news already in that the Universities of Regina and Saskatchewan and the Regional Colleges and big business and cities are all responding and making plans. The City of Saskatoon is even calling 2015-2016 the Year of Reconciliation. Great start to a long process, no?

The Flying Dust Market Garden harvested a huge load of certified organic vegetables this year and made a substantial donation of potatoes to the Door of Hope (the food bank in Meadow Lake). The Market Garden has donated produce from the Garden to the Door of Hope ever since it started and they also donate to the Saskatoon Friendship Inn. The community really benefits from good jobs and affordable food.

Security for children is also an important thing. Our friends at EGADZ have gone mobile as a means of addressing violence and abuse against women and youth.  A new website, www.IAmNot4Sale.ca, and app were developed by youth to help vulnerable individuals who are sexually exploited and trafficked through social media. It is unfortunate that we need this service but in reality we do. What does give us hope, though, are the young people like Sally McKenzie who battle through sometimes difficult lives to help produce such needed and innovative ways to help young people. With the proper supports, maybe they can become the next Chief Tammy Cook-Searson. Ya never know. This Christmas, be good to the young people. Merry Christmas and Happy New Year.