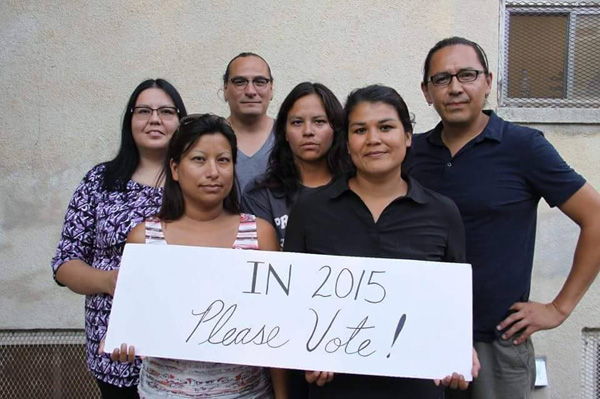 Sometimes you get it right. I have been making premonitions in my January column for years. Last year was like usual, you win some and you lose some.

The biggest win last year I predicted that in order to get the Cons Gang out of Parliament, Aboriginal people had to get out and vote en masse. And thanks to lots of encouragement from grass root groups like Indigenous Vote 2015 and Assembly of First Nations Chief Perry Bellegarde, who voted for the first time in a Federal election himself, the country did exactly that and booted Prime Minister Harper and his mean spirited ways to the curb.

Sadly I was right in predicting the demise of the Métis Nation-Saskatchewan as we know it. The doors are shut and local presidents are screaming for a Métis Nation Legislative Assembly, but one seems far off at best. Maybe it’s time for a revolution in 2016.

My biggest fails last year were in predicting the Nashville Predators to win the Stanley Cup and the Saskatchewan Roughriders to win the Grey Cup. Snort! 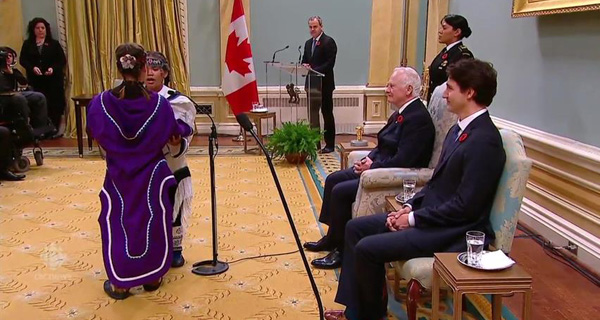 Throat singers at the swearing-in ceremony of the new Liberal government.

The election of Prime Minister Trudeau and the cabinet swearing in ceremony.

The announcement of a national inquiry into missing and murdered Indigenous women.

The emergence of Isaiah Tootoosis who got a big break by acting in the The Revenant as Leonard DeCaprio’s son. The humble 7 year old is all over the media and is so wonderful and poised, I know his great grandfather the late Gordon Tootoosis would be so proud.

The shout out Leonard DeCaprio gave to First Nations people when he accepted his Golden Globe Award for The Revenant. That speech of his was on every Neechie in the worlds Facebook and had every American wondering what a First Nation is.

Seeing local sporting legend Eugene Arcand speak on the national stage on behalf of residential school survivors. His emotional speech at the release of the final report of the Truth and Reconciliation Commission captured was powerful. If you ever get the chance to hear him speak about his experience in the residential schools and the TRC, take it.

Seeing all of those familiar faces on TV when the Amazing Race came to Wanuskewin and watching Saskatoon Tribal Council Chief Felix Thomas trying to hold his laughter in as one of the contestants almost retched on the hill at the finish line.

Teacher Belinda Daniels earning a few awards this year including a potential Nobel Prize for teaching. She is one of 50 finalists in the WORLD!

The growth of Aboriginal business and the emergence of a whole new generation of entrepreneurs led by young achievers like Kendall Netmaker, Devon Fiddler and Heather Abbey.

And I could go on. That was a great year. Imagine how great 2016 can be without Stephen Harper leading the charge.

And now looking forward in my crystal ball to what will come in 2016.

Politically, the Métis Nation-Saskatchewan runs out of gas. The government appoints a person to manage the organization, get it in order and set up an election. Most of the old Area Directors run again so someone starts a new organization. The government wisely recognizes them as the legitimate representative and we move forward.

The FSIN stays the same though not without someone getting mad about expenses and Chief Cameron does a fine job in response and starts to whittle away the FSIN’s debt.

Provincially the SaskParty gets back in though they do lose a few seats. The Liberals sneak one, the NDP gain 2 and the Conservative party gets one. Let the games begin!

In Saskatoon and Regina, both Mayor Atchison and Mayor Forgere both get re-elected because there are so many candidates the vote splits.

Those small houses that Idle No More have touted take off and villages of tiny little houses start popping up on reserves all across Canada. Tired of living alone, everyone starts making additions to their homes.

In sports, the Washington Capitals win the Stanley Cup. The Hamilton Tiger Cats win the Grey Cup (Riders go 9-9 and lose out in first round of playoffs).

And the World Indigenous Business Forum in Saskatoon in August is the most successful ever and the International Indigenous music festival that happens at the same time becomes a many year success story.