Introspection: Here's to the record number of Aboriginal U of S students

We just learned that there are 2,072 self-identified Aboriginal students enrolled at the University of Saskatchewan this academic year. Wow! This means that Aboriginal students now make up 10.4% of the total student population at this university. This is the highest number of Aboriginal students on campus ever and it fills us with much pride and hope for our collective future. While we are still under-represented in post-secondary institutions, we have definitely come a long way in a relatively short period of time. 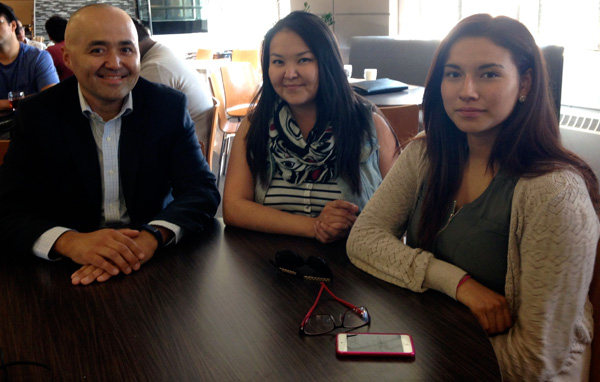 First Nation peoples did not start trickling in to universities until the early 1960s. Prior to that, there were a handful of university students who received support from the churches and on an ad-hoc basis from Indian Affairs. But there were no post-secondary support programs in place until the mid-1960s when Indian Affairs created the Vocational Training Program (VTP). This program mostly supported vocational training. In 1973, for example, 60% of all First Nation students were enrolled in vocational programs, 30% were in upgrading programs, and less than 1% of sponsored students were in university. In 1960, there were only 200 First Nation students enrolled in colleges and universities across Canada. Between 1944 and 1977 there were only 134 status Indian university graduates in the prairie province region.

The greatest push for increased university enrollments of First Nation students came in 1972 when the National Indian Brotherhood (NIB) published a position paper “Indian Control of Indian Education.”  The NIB pushed for better education opportunities and lobbied the federal government to provide consistent and quality education support for K-12 and post-secondary. After much lobbying and consultation, in 1978, the federal government implemented the Post-Secondary Education Assistance Program (PSEAP or Circular E-12) that provided funds and governed the allocation and distribution of funding.

Student enrollments increased dramatically after that. By 1986-87, there were 13,196 First Nation university students nationally, then in 1989 Indian Affairs capped the funding program. Despite protests and rallies across the country to reinstate full funding, Indian Affairs maintained the cap. We argued that post-secondary education is a Treaty Right, many also argued that the cap was a strategy to ensure our people would not reach education parity with the rest of Canada, a way of keeping us down. The federal government argued that post-secondary support was offered as a matter of social policy and was not a Treaty Right. The funding cap resulted in a slow-down of First Nation student university enrollments.

Despite the funding cap, university enrollments continued to increase, though much slower than it had in the 1980s. By 2001 there were almost 30,000 First Nation students enrolled in colleges and universities across, and there are now a few thousand more than that.

In many ways, Saskatchewan is leading the way in First Nation post-secondary enrollments, based on provincial population numbers, when we look at enrollments at each of the post-secondary institutions in the province. Hopefully, I will be able to access these numbers and report on them in the near future.

The post-secondary education attainment levels of First Nation peoples in Saskatchewan are due to a number of supporting factors: The increased number of on-reserve First Nation controlled schools and urban school support programs resulting in more high school graduates; increased access to post-secondary funding beyond Aboriginal Affairs including bursaries, scholarships, student loans, and on-campus part-time employment opportunities; an increase in Aboriginal faculty and instructors (though we are still lagging WAY behind on producing First Nation post-secondary instructors); and an expansion of relevant Aboriginal academic programs—the teacher education, social work and Indigenous Studies programs have been joined by business, governance, agriculture, lands management, law, medical, nursing, engineering and other academic programs giving students a wide selection to choose from. Increased enrollments are also the result of universities implementing new policies and student support programs that strive to make the institutions more welcoming and relevant to Aboriginal students, and which strive to acknowledge, accept, and support Indigenous ways of knowing.

The work done so far to increase enrollments is paying off. While our numbers have increased dramatically in the last 45 years, we still have not reached education parity with the rest of the province.  It is also the case that we need to put more efforts towards increasing Aboriginal student retention rates. Always much to do.

To the 2,072 self-identified Aboriginal students at the University of Saskatchewan, and the thousands more at our other post-secondary institutions, we welcome you! You will face many challenges and have to push yourself harder than you ever have before, but believe us when we tell you, that every ounce of effort you put out is totally worth it.

Click here for more from Winona and other EFN columnists.