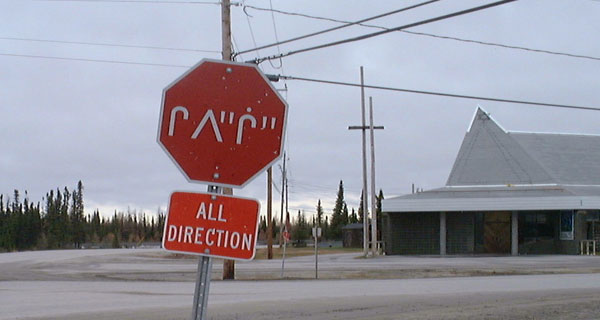 Speaking of Truth and Reconciliation, Justice Murray Sinclair said “the truth will set you free, but first it will piss you off.” Its story is one few wish to hear – but avoiding these topics has left us in the dark.

My name is Jared Brown, a Nēhiyaw and Métis man from Treaty Six territory, working toward legal advocacy against injustice in Canada. The health and well-being of all Indigenous peoples, and our nation as a whole, depends on finding our courage to turn on the lights.

I heard poet Rudy Francisco perform "Shattered" years ago, and he gave me a gift. He said "no one escapes history." These words have helped me to understand how past action across generations have influenced my life, and continue to. It's not only my actions that create 'my history' – it’s much larger than that. It reaches back to my parents, grandparents, and their ancestors – they’re the genetic and cultural reason I’m here. For if the policies and legal tools had performed as the government and churches intended, I would not be writing this.

I would not have been born into a strong Indigenous family full of Cree and Métis roots. Their resilience, courage, and fortitude to fight and persevere makes me proud. There is also anger, which has rippled through the minds and hearts of Indigenous peoples and non-Indigenous people of this country.

The need to understand our historical legacy is critical. Our lives are intimately bound to the historical relationships between what we’ve come to know as Canada, the state of colonialism, and Indigenous nations. We’re finally starting to grasp this in a lot of new and exciting ways, and our mental and physical health are bound to improve for it. I find hope in minds like Ryan McMahon with his unique brand of comedic medicine, which help us grasp the modern cultural importance of understanding our history. Frontier-pushing researchers like Amy Bombay are examining the hard data behind mental and physical health inequities we see in Indigenous communities across Canada.

Bombay and others are using epigenetics to discover there are links between our colonial history and our current-day Indigenous health emergency. Their exploration of intergenerational trauma shows the sources of adverse impacts on mental health, suicide rates and other ailments. As trauma is perpetuated across generations, higher psychological distress is a common outcome. Suicide and other health outcomes follow. In this way, few escape history.

Bombay found that individuals with parents and grandparents forced into Residential Schools were at significantly higher risk for psychological distress and suicidal ideation across all Indigenous age groups. She explains that our bodies are capable of dealing with stress and trauma, but when it’s chronically prolonged as severely as it was in Residential School, and within the generations that followed, our bodies become susceptible to harmful changes.

It was education that got us into this mess, and I believe it’s the force that will drag us out of it. Justice Lamer said in Delgamuukw v. British Columbia that “we are all here to stay.” Indigenous and non-Indigenous peoples in Canada must learn about each other and from each other, if we're going to live together.

All children must be taught the full and proper history of not only the Indigenous people, but also about the territory in which they dwell. Our children must know Canadian history, not simply the colonizer’s history, but a history that benefits from the eyes, ears, and experience of Indigenous peoples. This has to include the pain from loss of ancestral land, the cultural genocide of the Residential School system, the policy outcomes of the Indian Act that have led us to the many challenges we face today in our culture and health, and many more.

The Missing and Murdered Indigenous Women, disproportionate incarceration of Indigenous peoples, radically disparate rates of poverty and education, and our social and economic isolation all tie into our suicide epidemic. The terrifying reality of this public health crisis will continue to negatively impact our consciousness unless we do something about it. Children are the fastest growing population living in poverty, and Indigenous peoples represent a large portion of that. Solving these complex issues isn’t only a moral necessity — it’s wholly essential to our nation’s future.

There are reasons to be hopeful about the future of Indigenous peoples in Canada. This is a moment where we can look to inspiring community leaders like child advocate Cindy Blackstock, and the work being done at the First Nations Child and Family Caring Society. From their tireless fight, important changes have been mandated through a recent decision from the Canadian Human Rights Tribunal. Their findings of discrimination against the federal government for under-funding First Nations children in care reveals systemic fiscal racism, which has been normalized so long. The decision gives us reason to hope that the young ones of the future do not experience a system that negatively impacts the social conditions that determine their health.

Just ask Eric Howe about the economic impact of non-investment into Indigenous communities, according to the research we have so far. Or the health impacts, and costs on our healthcare and social support systems, of not investing in social determinants of health outcomes — of which education and early childhood development are key. Blackstock’s ideal is for a re-haul of the system, with a reach that extends beyond the scope of the child welfare system. It’s an ideal I hope we can all get behind. The idea of merely incremental equality has never been enough, and never will be. Blackstock insists we need equality in a leap, not a shuffle.

A healthy future Canada means working toward a state of wellness for Indigenous peoples. Systemic responses are already in the works, and the new Canadian government has promised to implement all 94 Calls to Action made by the Truth and Reconciliation Commission. Many of these could have seriously positive impacts on health outcomes by addressing their social and economic roots, including the suicide epidemic we face in indigenous communities.

The Calls to Action include five on child welfare, seven on education and seven directly about health. They’re concrete prescriptions, not recommendations, and directed not only at government but also industry, grass roots organizations, educational institutions and other decision makers. They’re also directed at the general populace, because the future of social and health outcomes of Indigenous peoples and communities lies in the hands of all Canadians.

Moving forward means being prepared to learn together, work together, and even be willing to make mistakes together. With the Calls to Action we have a framework to achieve a healthier future, but we all have to work together to make it a reality. As the wise Trish Monture once said, “nobody knows how to get out from underneath this — nobody can stand up and say have the solution to take us away from 500 years of colonization… we have to give ourselves the space to not label those mistakes, [but to] call them lessons.”

Jared Brown is a nēhiyaw and Métis man from Treaty Six territory living in Saskatoon. His family is from the Mistawasis First Nation. Jared served as President of the University of Saskatchewan Students’ Union from 2012-2013. He has recently completed a Bachelor of Arts Honours degree in Sociology, and is set to obtain his Law degree in the Spring from the University of Saskatchewan. Jared is passionate about issues pertaining to Indigenous peoples, education, and the law. He hopes to devote his time as an advocate by positively advancing the various social justice, legal, and structural issues impacting Indigenous people and communities.

This article originally appeared in Upstream.