That's What She Said: Red-face 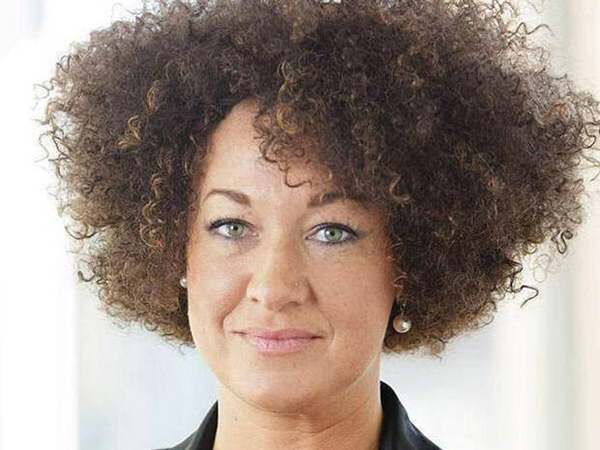 Rachel Dolezal made headlines earlier this year when it was revealed she is in fact a white woman who was leading the NAACP.

Rachel Dolezal is a white woman who decided one day that she was African-American. This crazy white lady braided in some fake hair, darkened her skin with tanning sessions and then became the leader of Spokane’s NAACP (the National Association for the Advancement of Coloured People).

I had no idea that we could switch races whenever we felt like it. I’ve stupidly been Cree just because I emerged from a Cree v-jay-jay. So, for the rest of the month, I’m choosing to be Tibetan. Since this morning, I’ve already sherpa’d six people up Diefenbaker Hill. (I really should have chosen a less hardy race.)

When I look in the mirror, I see a round-cheeked First Nation female looking back at me, but the world begs to disagree. I’ve been mistaken for Vietnamese, Spanish, Hawaiian, and Mexican-Japanese (which seemed oddly specific.) But I don’t have any identity issues. Probably because I lived on a reserve for the first 18 years of my life where I consumed enough deer meat, bologna steak and KFC family meals to keep me real for a lifetime.

It wasn’t until I got to university that I discovered people struggling with their identity. In my first year, friends would point out First Nations people in the hallways who were passing as white. They would casually say: “That’s Jason, he’s from Kawacatoose but he’s white now,” as if he had just switched banks.

Racism in Saskatoon at that time was virulent. I’d be walking down the street with my friends and cars would drive by while white faces shouted insults at us. There were places that wouldn’t rent to you (yes even to Asian-looking Indians like myself) and you could spend hours in a room with white people and none of them would even acknowledge you (good luck getting service at Pizza Hut.)  So if some enterprising, light-skinned Native person wanted to bypass that bullshit, who was I to judge them? It wasn’t a choice I could - or would - ever make because I enjoyed the company of Native people too much … cuz we have the best jokes, the loudest laughs and the juiciest drama.

That was my experience with race-switching until I got to law school. The town where I went to law school was next to a reserve but those Indians never came to town. So basically the only chubby brown face I ever saw was in the mirror.  Over the school year, I sought out other Indigenous students and found five of them. We huddled together at the Indigenous Student Centre, which had a kitchen and free computers (yes, it does pay to be Indigenous sometimes.) Together, we watched movies like Once Were Warriors and stuffed ourselves with frybread. Over time, our greasy comings and goings attracted other people.

One of them was Marie, an older white lady prone to wearing long skirts and making her own jewelry. Whenever Marie talked to me, she wanted to know about my “culture” and “did I have a Shaman?” The year after we met, I overheard her telling another student that she was “actually Métis.” Really? I thought, did you take a class or something?

A year later, Marie had graduated from Métis to full blown First Nation status and by now, she’s probably head of the Native Studies Department. This was my first brush with people from tribe “Wanna-be.”

But the longer I spent at that university, the more of them I ran into. People who confused having an “interest” in Indigenous culture with “going full redface.” We organized a student pow-wow and some of the attendees had clearly studied at the Grey Owl School of Indian fakery. They showed up with feathers in their hair and introduced themselves with names like, “Running Wolf.” I remember that name very clearly because it belonged to a man well over three hundred pounds and I remember cattily whispering that a better name would have been: “Sedentary Wolf.”

But though we suspected these people were about as traditional as dreamcatchers, nobody confronted them about their identity shopping. Or about the privilege that it took to make a choice like that. We didn’t – because we felt sorry for them. Some where along the way these people had lost their tribes and now they needed a place to belong. Besides if we kicked them out, who was gonna help us eat all that damn frybread? Us original five Natives were basically a couple bites away from coronaries.

I wonder if Rachel Dolezal’s coworkers had the same concerns. Like were there moments when they wanted to say: “hey Rach, why don’t you ditch the dashiki and check out these golf shorts? I’ll bet you find them way more comfortable!” And, maybe she would have benefitted from a friend sitting her down to tell her: “It’s okay to be white, Rachel, we’ll still like you.”

Click here for more laughs from Dawn and other funny guys.