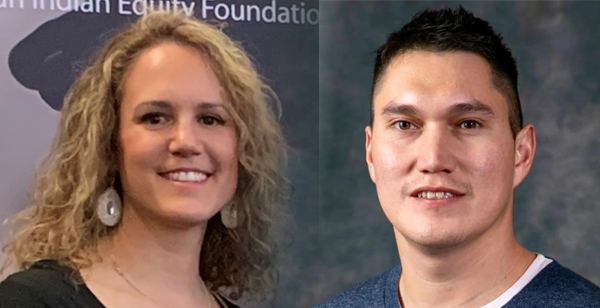 Jacob Sinclair and Jennifer Dubois are the latest recipients of entrepreneurship awards by the National Aboriginal Capital Corporations Association (NACCA).

NACCA put out a call for awards, as is their annual tradition. It is a national competition which means that nominations were sent in from all across Canada. Representatives of the Saskatchewan Indian Equity Foundation (SIEF) nominated Sinclair and Dubois for two of the categories.

General Manager of SIEF, Terry Brodziak, said that they were lucky to have two of their nominations selected. He also said that nominating these businesses was easy because they are businesses that SIEF knew of and were doing good.

“We have worked with them in the past,” he said. “Any businesses that feel that they want to be considered for certain things should feel free to contact us.”

Sinclair was nominated, and won, the COVID-19 Business Resiliency Award. The award was created for businesses that were able to survive the COVID-19 pandemic and adjust to the unprecedented times.

“It has been a rollercoaster,” he said. “It has many ups, many downs and it just continues.”

Sinclair’s journey to the NACCA award actually began not too long ago with another award.

“I had won an award back in the fall time through SIEF for the SIEF Entrepreneurial Spirit Award. They are the ones who actually nominated me for the NACCA award,” he said. “Terry Brodziak let me know that they had nominated me back in January and a few months later, he let me know that I was successful.”

Brodziak said that they nominated Sinclair for this award because his business is doing very well and he has been able to adjust. Sinclair owns and operates Anytime Fitness in the city of  Regina and has done so since 2019. Sinclair runs two branches of his gym business in the city 24 hours a day, seven days a week.

This has been a hard task given the multiple shutdowns and the harsh government regulations on gyms. The one-time award was designed to recognize an Indigenous business that has demonstrated a high level of resilience and adaptability during the COVID-19 pandemic.

“I was honoured just to be nominated and ecstatic when I found out that I won, “ Brodziak said.

Dubois was nominated for , and eventually became a recipient of, the Indigenous Woman Entrepreneur Award of Excellence. Dubois has been running Miyosiwin Salon Spa, which she founded, for five years in their commercial space. According to Brodziak, Dubois was nominated not only for her involvement and development with her salon and spa, but also because of “all the stuff that she’s been doing to increase the number of employees and training that she’s giving to other Indgineuous people.”

The award that Dubois won recognizes an Indigenous woman entrepreneur who is substantially involved in the day-to-day management and operations of an Indigenous-owned company that has been in business for at least two years.

For Dubois, the news of the win was exciting because she was pretty surprised.

“The award has opened up some opportunities to be able to network with people that I normally would not have the chance to, if not for the recognition of this award. It has given us more to work with and more opportunities to take advantage of,” she said.

While she has big plans for the future, Dubois is no stranger to adversity. On April 4, 2018, the business next to her spa was involved in a fire accident, which caused water and smoke damage to her salon. A year later, the salon held a grand re-opening after renovations were completed to the building it occupies at 434 Broad Street.

She also said she has had issues with non First Nations being reluctant about coming into the space.

“It was not until I started to do more presentations and speaking engagements that I was able to let the general public know that even though we brand ourselves as Indigenuous does not mean that we exclude non First Nations individuals coming into her space.”

As for the impact that she hopes the wins will have for her community, Dubois said “I know that the younger generation do look up to us as role models and I encourage the youth to reach out and ask questions and do their own networking,” she said. “Hopefully this brings about more entrepreneurs and more people who want to invest in their careers and we see more Indigenuous businesses out of it.”

She also said that she is grateful for all the support she has received from her community and knows she would not be where she is without them rooting for her.

Brodziak is excited for what the aftermath of winning such a prestigious award will mean for the two Regina business owners.

Brodziak also mentioned that SIEF is happy to help other Indigenuous businesses that may be struggling, reach a place of commendation and acclaim like Sincalir’s and Dubois’.

“If there are businesses looking for assistance, they should definitely reach out to SIEF and we will see what we can do,” he said.

Sinclair and Dubois each received a commemorative trophy, a paid trip to the award presentation and $5,000.