The brave little girl from Kamsack 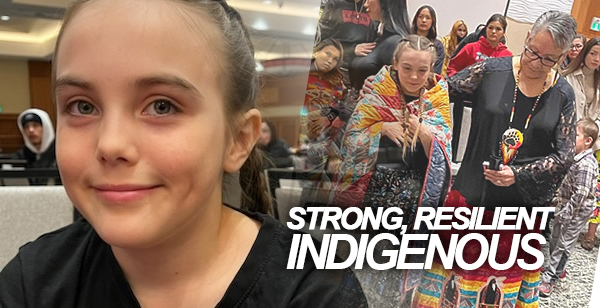 Isabella Kulak sitting during the Strength of Our Women Awards and with Judy Pelly, wrapped in a starblanket. Photo supplied

After receiving Royal Assent, January 4 will forever be known as National Ribbon Skirt Day in Canada.

For many, it’s a public way to celebrate the beauty and pride of culture, family and clan.

While each skirt holds its own meaning for the owner, one skirt changed the course of history when a little girl in fifth grade proudly wore it to a formal day at her school.

Judy Pelly shares how her granddaughter Isabella Kuluk became the face of an international movement.

It all started with Kulak being excited about wearing her new ribbon skirt to her school formal.

“This skirt was so special to her, made by an aunt who is highly skilled,” said Pelly.

“She was so proud and couldn’t wait to show it off.”

The day did not go as expected.

Instead, a school employee pulled Kulak aside and told her the ribbon skirt she wore so proudly was not formal wear.

It was devastating for the young girl, and she left the school in tears. 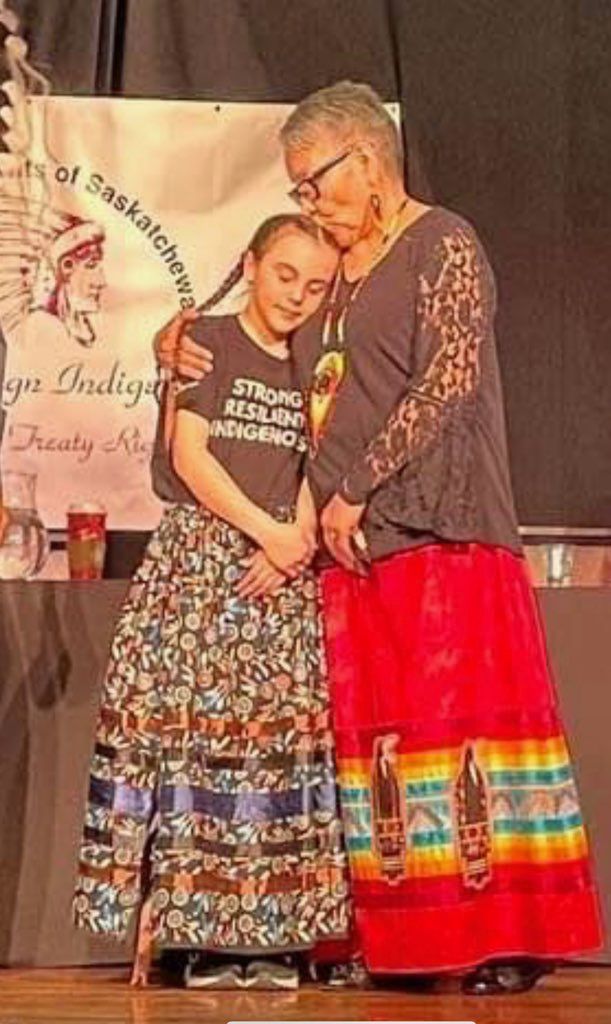 “Such a turn from her joyous way of leaving to school that morning,” said Pelly.

Instead of being silent the family decided to take action.

Pelly stepped outside her comfort zone and wrote a public Facebook post about her granddaughter’s experience. She didn’t leave out any details and the heartbreaking story sparked an almost instantaneous response on a global scale.

“It was so unexpected when my son told me my post had gotten 8,000 shares, not likes, but shares,” she said. “Then I started getting calls from all over the country... I realized this story was taking off and that a lot of people cared about what happened.”

The Kulak family are private people, so Pelly became their spokesperson when media outlets and concerned allies from countries as far away as Norway, Sweden and Japan began reaching out.

She knew something historical was happening.

“Two Indigenous female U.S. senators told us they were showing solidarity by wearing their ribbon skirts to the senate,” said Kulak.

The support for the normally shy little girl continued to gain momentum in the days and weeks following Pelly’s Facebook post. Even the Prime Minister, during a morning address, referred to Kulak as, “the brave little girl in Kamsack.” Almost two years from the day Kulak ran home from school in tears, she was on stage at the Federation of Sovereign Indigenous Nations’ Strength of Our Women Awards. 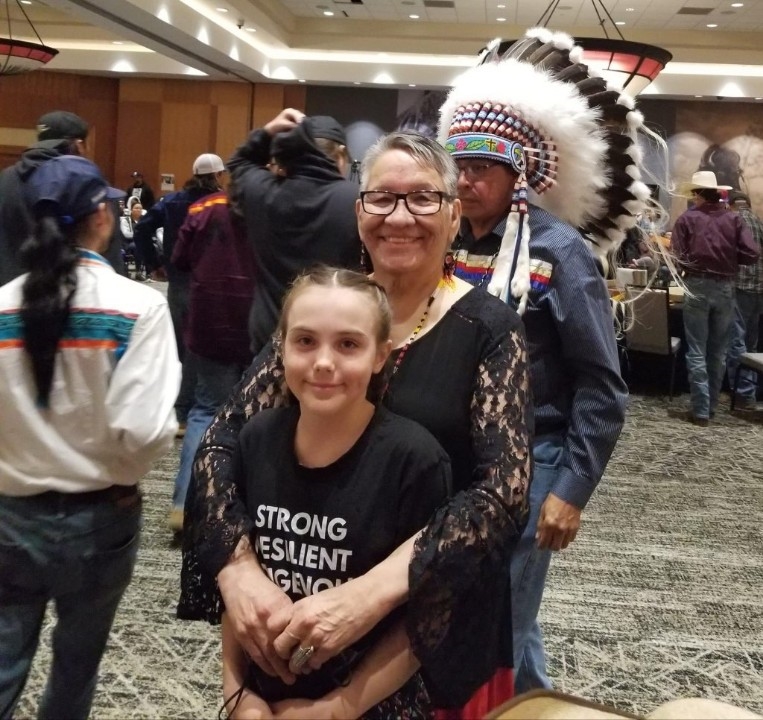 Isabella Kulak on stage with Judy Pelly at the FSIN Awards. Photo supplied

The purpose of the awards is to honour woman warriors.

Although it was the official first National Ribbon Skirt Day in Canada, Kulak and her supporters began celebrating the day last year.

In 2021, a meeting between the family, the school board and superintendent was arranged. That day, the Cote First Nation Chief along with many supporters wearing ribbon skirts walked the family to the school.

“We wanted them to acknowledge institutional racism, which they did,” said Pelly.

The family chose to educate because of the school’s high Indigenous population and its proximity to a former Indian Residential School.

“No punitive measures for the E.A, but that she and other staff receive cultural awareness and sensitivity training. It started there in a classroom but has reached around the world.”