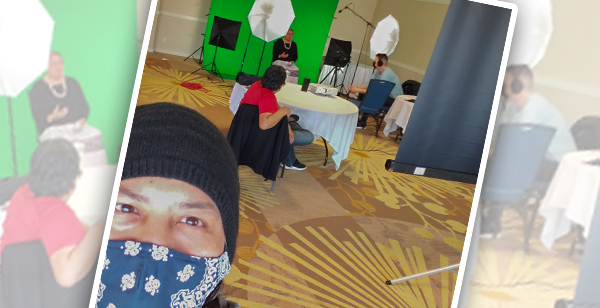 In a world now largely experienced online and socially-distanced, SaskCulture is supporting arts and culture professionals and organizations as they find new ways to serve the people.

“In the beginning, when it first hit, it was kind of quiet at SICC. We switched to doing our resource work, so we could concentrate on that, but on dropping everything else, that's where we felt like there was a hole in our work,” said Melody Wood, Indigenous Knowledge Systems Research at SICC.

SaskCulture supports the program, which will run indefinitely.

“The idea is to keep First Nations people continually connected with language and culture We carry out programming with various community members and talk with them about the knowledge they have. It's sometimes very broad, and other times focused,” Wood said.

Traditional Parenting workshops have gone online, with creators using “extreme safety protocols,” which entails renting a room at the Saskatoon Inn, having everyone present take a COVID-19 test and recording the session at a safe, social distance.

SaskCulture is playing a major role keeping art and culture alive during the pandemic.

The art and culture sector contributes almost $1 billion of Saskatchewan's gross domestic product, and has been the second hardest hit sector during the pandemic, behind only the food and hospitality industry, said SaskCulture CEO Dean Kush.

“Its hard to measure the impact. Take events like Back to Batoche, where people can no longer gather. It's ticket driven, but there's also people spending their money on things like art and food trucks. So, we don't know how big the damage is (to Saskatchewan),” said Kush.

“We are not reducing the granting money. We're hopeful we can weather the storm.”

Last year SaskCulture maintained its regular funding levels and intends to continue maintaining them, he said.

That lifeblood for Indigenous artists also will remain available through about $1.8 million in project grants like the Aboriginal Arts and Cultural Leadership Grant and the Métis Cultural Development Fund, he said.

“Our commitment to Indigenous people is a cornerstone of what we're doing at SaskCulture. We know communities need support – we're talking about preserving heritage and language,” he said.

“We like to provide these supports, but not in a prescriptive way. Its about what they need to do. Whether its preserving language or having camps on the land, we are committed to ensuring they can do what they feel is important.”