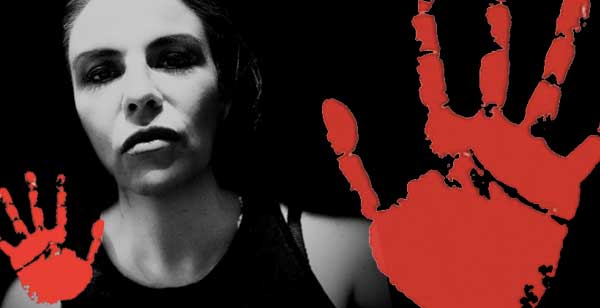 Since the single was released, Farrell Racette, who is affiliated with the Keeseekoose and Timiskaming First Nations, and a long-time part of Regina’s punk rock music scene, says the song has been “resonating with people from all walks.”

It took her nearly a decade to be ready to share it with the world.

“I initially got the inspiration for the song in 2013, and started putting pen to paper and writing the guitar line for it in 2014,” she said.

Over the years, Farrell Racette’s songwriting process was influenced by major social, legal and political changes. This included increasingly urgent calls to address the number of MMIWG2S in Canada and the National Inquiry into Missing and Murdered Indigenous Women and Girls.

“So the songwriting arc has followed that, to some extent,” she said.

Although Farrell Racette performed the song live a few times, it remained a work in progress.

“I never quite knew how to end the song — which is kind of symbolic in and of itself,” she said. “I just didn’t know how it was going to end.”

Then, last February, she was working on the song at home with her acoustic guitar and chose to end on an “unfinished note” — because the story isn’t finished yet, either.

“In terms of chord progression, songs will often end on a note that brings everything to a resolution,” she said. “But I ended up embracing the idea that I didn’t know how it was going to end, and just resolved on an unfinished-sounding kind of chord.”

That “unfinished ending” version she posted on Facebook has now been listened to thousands of times, and became the final version of the song.

Farrell Racette said she wanted the song to be “an anthem for MMIW” and provide “a measure of comfort” to families who are missing loved ones.

She particularly wanted to push back against some of the prevailing biases and stereotypes about Indigenous women because they are often “dehumanized, reduced down to their circumstances, or painted in really broad strokes.”

“Those people who have been lost and are missing, they’re more than just a statistic and more than just the circumstances where they were last seen,” she said. “These are living, breathing human beings. They’ve got family who can still hear their voice, or maybe they don’t hear their voice quite as clearly anymore because so much time has passed.”

“These are people who loved, they laughed, they faced barriers — they just lived.”

Farrell Racette also released a music video of “Stolen Sister,” which was produced by Rob White of Hot Tag Films. In the video, Farrell Racette shares the screen with quotes from the final report of the National Inquiry into Missing and Murdered Indigenous Women and Girls, and encourages listeners to go and read the report in full.