Reflecting on life as a First Nations veteran

For Mistawasis First Nation’s Phillip Ledoux, joining the military in the 1960s was a continuation of the regimented life he was raised in after 14 years in the Indian Residential School system.

“You’re already institutionalized, that’s why so many residential school survivors joined the military because it was just one step into the next step and already the discipline was there,” the 86-year-old Ledoux told Eagle Feather News. 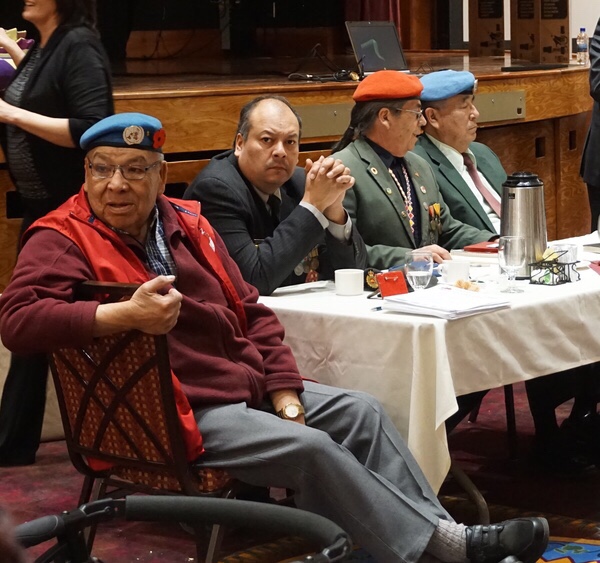 Ledoux is the vice-president of the Saskatchewan First Nations Veteran’s Association. He sees the aging group’s gatherings as a chance to reflect on an experience that few others have.

Before his military story, he was grateful for the good education he received, but knows residential school wasn’t as positive of an experience for everyone.

“It gave me a roof over my head, gave me three meals a day, taught me discipline, taught me how to get along with other people – you had to or you’d get your head kicked in, you know - and you learned to respect. And when I joined the army I never looked back,” he said.

While he was lonely for his family, he felt he could relate best with his military compatriots from the Maritimes.

“These guys were poor just like us and they experienced the same thing – they joined the military to get away from the poverty at home which is why a lot of us did that too, you know, here,” he said, reflecting on his self-sufficient family who had no running water, indoor plumbing, and “if you wanted to warm up the house you had to go and chop wood.”

Between training and missions with the Queen’s Own Rifles of Canada, United Nations, and doing special duties in Beruit, Ledoux travelled to Regina, Calgary, Victoria, Cyprus, Lebanon., and the Middle East. The Victoria trip in 1964 was actually meant to act as training in rainforests similar to those of Vietnam, after war broke out there, but instead Ledoux was shipped to the small Mediterranean island of Cyprus in 1965. He said his outfit was only the second to land there in what has become Canada’s largest peacekeeping mission, still active today, where more than 25,000 Canadian Armed Forces have served. 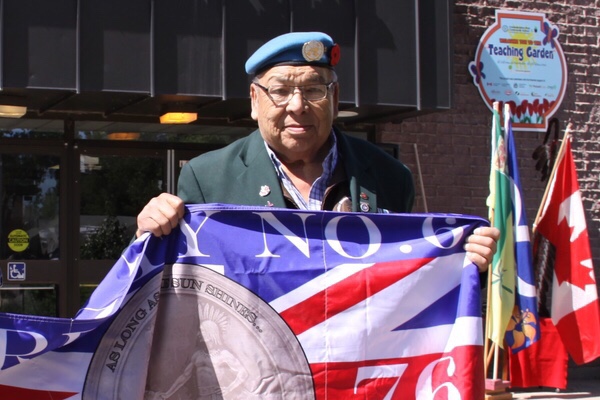 Ledoux was called upon to help Treaty 6 flag at Confederation Park School in Saskatoon.

Cyprus had just gained its independence in 1964 and despite the mission being meant to keep the peace with the Greek and Turkish populations on the island, it holds grim memories of violence for Ledoux.

“The atrocities we witnessed over there, each of us experienced differently, and I myself I was involved in a cleanup crew where the Turks had massacred three Greek villages,” he said.

“That still bothers me to this day. And for a long, long time we had what we called liquid therapy, that was the bottle. But we didn’t have all them fancy programs like they do today in dealing with PTSD (post-traumatic stress disorder).”

Since those times, Ledoux has been back overseas multiple times. While he gave up his seat on this spring’s SFNVA trip to the Vimy Ridge 100 Memorial, Ledoux said in the past he had flown out of an airport that was close to the battlefields and was a Canadian Air Force base at the time. His uncle Charles Mususkapew had been killed in the First World War, and his grave was among those of First Nations veterans who died overseas that the group visited while there.

For Ledoux, returning to battlefields is not easy, as it can cause flashbacks and rekindle PTSD. However, looking back he said “I myself am proud to be a veteran. I did my part.”