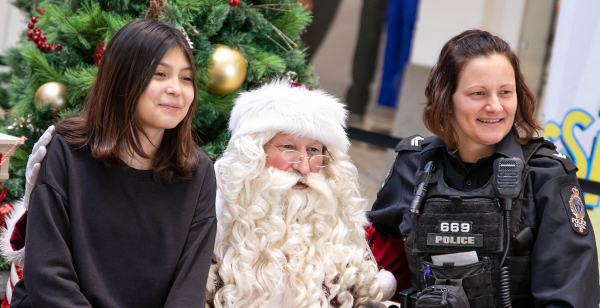 Twenty Regina students were picked up by police and taken downtown - to shop.

The Regina Police Service in partnership with the Cornwall Shopping Centre hosted its annual CopShop event and once again it was a huge success.

“I remember having to go around and ask people to volunteer, now we have a list,” he said. “I used to volunteer, but didn’t this year because I wanted to give others a chance.” 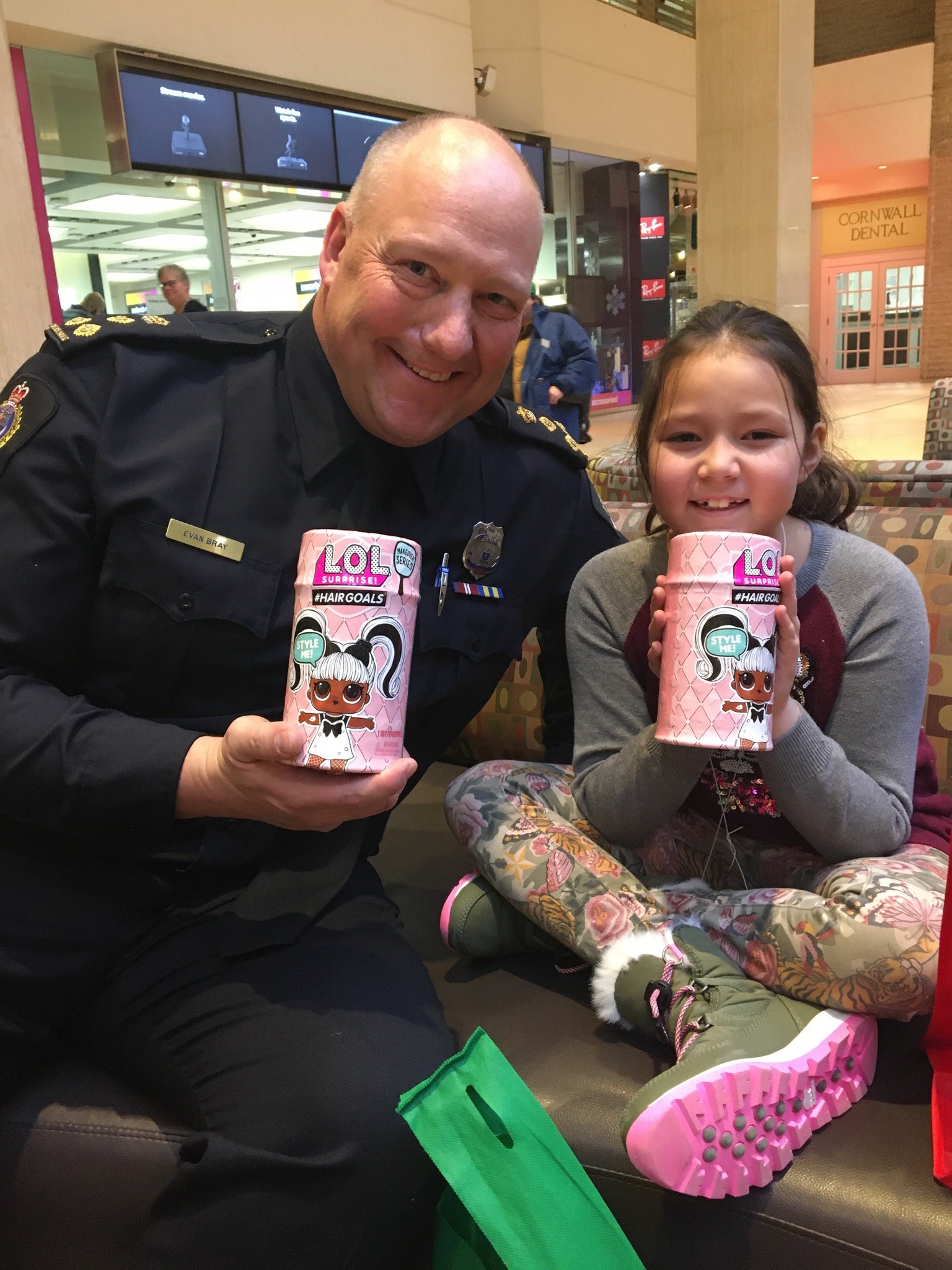 Chief Even Bray at the last CopShop event he participated in. CopShop has grown in popularity. He sat out this year to give other volunteers an opportunity to participate. Photo supplied

CopShop started about 10 years ago and is an offshoot of The Regina Intersectional Partnership (TRiP). According to the RPS website, the program is a targeted and collaborative approach to crime reduction and community well-being.

This year 20 students were selected by their schools and were paired with a member of the RPS to do some holiday shopping.

Bray said it’s a great way to start building positive relationships with youth and is a way for the police to connect with members of the community in a fun way.

The goal is to make the day extra special for each participant.

Kasia Badger from Coronation Park Community School was one of the students chosen and it was a day the whole family will always remember. 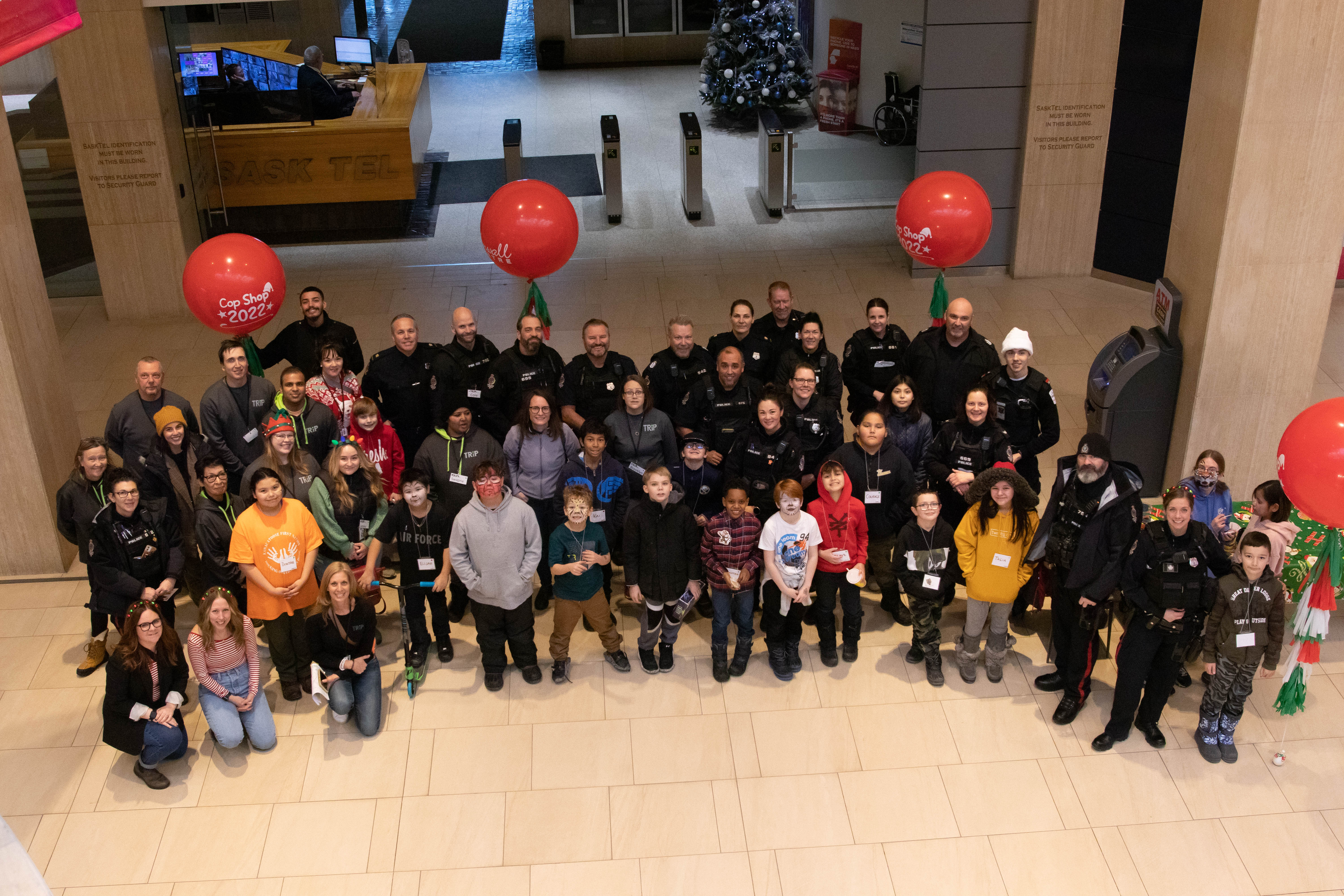 A group picture of the RPS members involved in the last CopShop taken at the Cornwall Shopping centre. Photo supplied

The day started with a limousine ride to the Cornwall Shopping Centre, which Badger said was the best part of the day.

Once the students and RPS members arrived at the mall they made a trip to the Bay to select a new winter jacket.

Her mother Dezarae Cote and her grandmother Helene Cote said they were so happy Badger was given such a wonderful opportunity right before Christmas.

In addition to getting new winter clothing, the students ate, shopped and made happy memories with their shopping partners.

Badger purchased clothing, jewelry, a barbie doll, phone case and some candy for herself.

If there was anything still remaining on her wishlist, she did stop to let Santa know.

Dezarae said it was great to see her daughter so happy.

The condition is often referred to as butterfly skin. 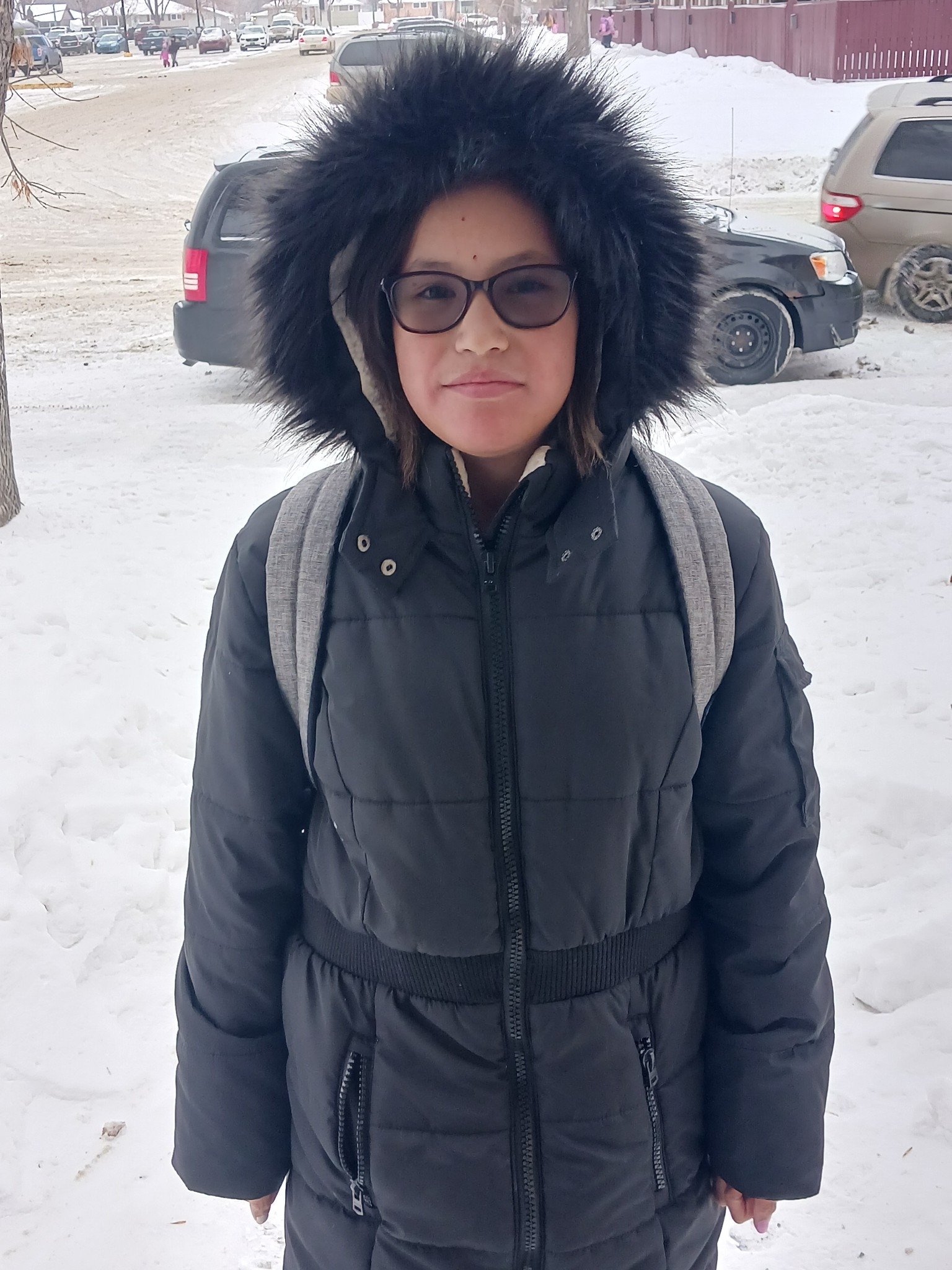 Helene said her daughter is a single mother who does her best for her children. She said her granddaughter is a good girl and knows sometimes things are a struggle.

“I commend (the Regina) police dept for reaching out and making these students feel important and special,” said Helene. “I know Kasia did.”

Although Bray didn’t have an opportunity to participate this year, he shared his own CopShop story.

He recalled one little girl who went from store to store to buy gifts for her family, but every so often she would return to one store and hold a certain doll.

“We sometimes have to remind the kids to save some money for themselves,” said Bray.

However, the little girl would remember someone else inher family who she wanted to buy something for before spending money on herself.

“Once she was all done shopping for other people, she was short a few dollars for the doll she wanted,” said Bray. “I gave her what she was short … but I’m not the only one who throws in a little extra at the end of the day.”

He said spending the day walking from store-to-store with an excited child could get anyone into the Christmas spirit.

Bray said the volunteer RPS members range from senior officers to school resource officers and everyone who has participated raves about the experience.