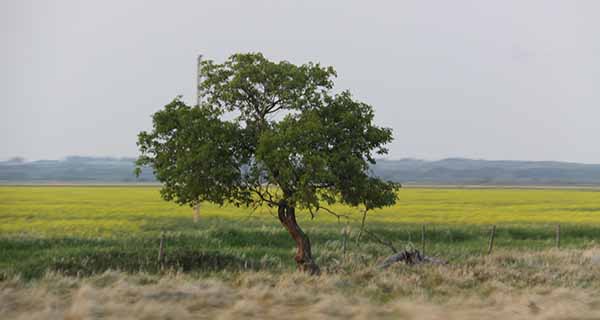 A growing number of Indigenous, environmental, and agricultural organizations in Saskatchewan are raising concerns about the province’s ongoing sale of Crown land.

These organizations include Idle No More, the Office of the Treaty Commissioner, the National Farmers Union and the Saskatchewan Federation of Labour, among others.

As of April 2, more than 1,670 people had signed a petition, sponsored by Idle No More, asking Premier Scott Moe and ministers David Marit, Warren Kaeding and Don McMorris to halt Crown land sales in Saskatchewan.

The provincial government’s decisions regarding Crown lands directly relate to treaty rights, since the numbered treaties provide rights to hunt, fish and gather medicines on unoccupied Crown lands. “The questions around the management, disposal and use of Crown lands kind of go right to the fundamental issues around the rights of government to act on behalf of the population - Indigenous and settler people alike,” said Trevor Herriott, co-chair of the environmental NGO Public Pastures - Public Interest.

“Are they representing our interests and the interests of our children and grandchildren when they make these decisions? And should they be disposing of Crown land, which is really our shared heritage, without properly consulting with Indigenous people?”

According to Valerie Zink, a member of the coordinating committee for the Treaty Land Sharing Network, which is also involved in organizing the petition, opposition to the province’s sale and leasing of Crown land has been growing for years.

“After the most recent auction in November 2020, conversations began between organizations throughout the province about how to put a stop to it,” she said. “There are massive implications as far as Indigenous rights and treaty implementation are concerned.”

“I think they’re thumbing their noses at history and at the future, just saying they’re going to do what they want with the land. It’s just morally wrong, and politically indefensible.”

According to a news release from Idle No More, the province has auctioned off more than two million acres of Crown land since 2007.

Idle No More co-founder and organizer Sylvia McAdam says these sales to private buyers are an example of poor environmental stewardship.

“Canada exceeds the Amazon rainforest in terms of deforestation and clear-cutting the boreal forest, and that contributes to the climate crisis and the environmental crisis that is happening today,” she said.

Mary Smillie, a member of the National Farmers Union, says taking care of nature and preserving Crown lands should be an issue everyone can get behind.

“The land that is currently held as grasslands in our province is becoming increasingly privatized, but those grasslands are home to some very special parts of our ecosystem,” she said. “And if we continue to rip them up and not respect the fact that we have to maintain diversity out here on the prairie, then that’s really a problem.”

Smillie believes the sale of Crown land is “incredibly shortsighted on behalf of government.”

“[The government] seems to have made the decisions rather arbitrarily,” he said. “And simply because they’re the government in power, they’ve decided that they have the right to just auction off Crown land without really consulting with the wider public.

In a statement, the Government of Saskatchewan said that Crown lands undergo “stringent reviews” to determine their salability and are specifically reviewed to determine whether their sale will impact Treaty rights. The environmental impact is also taken into account.

“Where applicable, the sale of native prairie … will continue to be protected by the use of a Crown Conservation Easement,” said the statement. “This easement ensures the conservation of the natural habitat on the land while allowing for compatible activities such as grazing.

“Crown lessees continue to demonstrate that they are strong stewards for the care and management of their leased lands.”

The government further said that the sale or lease of land does not impact the current implementation of Treaty Land Entitlement agreements.