One voice that refuses to be silent 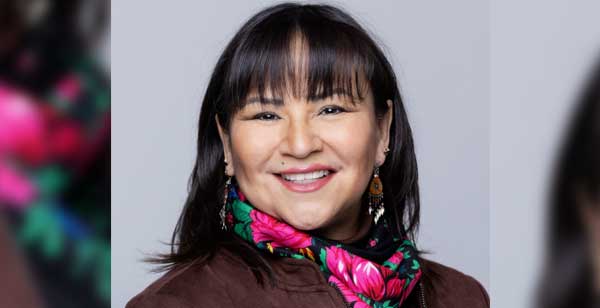 A search of “Betty Nippi-Albright” on the web or social media will quickly reveal a leader who seems almost inexhaustible in her mission to be a voice for the voiceless.

For her, advocacy is not a choice – in a province dominated by Saskatchewan Party MLAs, Nippi-Albright is one of the few candidates elected from the NDP, and the province’s only First Nation MLA.

“If I don’t use my voice, my education, my experience to move the bar and address racism, my granddaughters are going to have to do that,” she said. “I have to do this for those who come behind me.

Since being elected MLA for Saskatoon Centre in 2020 – her first foray into politics – Nippi-Albright has garnered a large following. This is owed to her strong, and often audacious, statements calling out government hypocrisy, speaking up about racism, and addressing ongoing issues like Missing and Murdered Indigenous Women and Girls (MMIWG), and Treaty Rights.

“This wasn’t ever something I strived to enter,” said Nippi-Alright. “Politics was the furthest thing from my mind.” A member of Kinistin Saulteaux Nation, a Residential School survivor, and the third youngest of 15 children, Nippi-Albright is well aware of the inequities she faces as an Indigenous woman. Her father was of mixed-race, she said. As such, they faced racist remarks from both French and Indigenous communities.

But leadership and resistance is in her blood: she has several chiefs and councillors in her family, and  her great-grandfather signed the adhesion to Treaty 4 in 1876.

“My dad also inspired me a lot,” said Nippi-Albright. “He was a man of few words, but when he spoke, it was direct. He often spoke up against bullies.”

With this passion to better her community, she studied Aboriginal Public Administration at the University of Saskatchewan before working as a community developer for the Saskatoon Health Region.

While in school, she was diagnosed with a rare eye disease that caused her to have emergency eye surgery to prevent her from going blind.

After 16 years as a community developer, her political vision began to come into focus as she grew increasingly concerned of the lack of vocal Indigenous women in provincial politics. Her friends and family finally convinced her to run in the 2020 election.

“I knew it would be brutal because I was an outspoken Indigenous woman. I knew that when I spoke truth to power, I would be villainized,” said Nippi-Albright.

As MLA for Saskatoon Centre, she said racism sometimes makes it scary to speak the truth. But she said she’s committed to continuing being vocal about MMIWG, duty to consult, meaningful reconciliation, and honouring Treaties – a subject, she said, she was shocked to learn MLAs in the province receive no training on. Following the recent news of Saskatchewan NDP Leader Ryan Meili stepping down, Nippi-Albright considered running for the position but ultimately decided against it. “Racism is what stopped me,” she said.

She said she plans on continuing to serve her community as long as her constituency supports her. She’s reminded that she has followers, as young as 13 years old, who look up to her.

“It’s inspiring,” she said. “We need to inspire young girls. We need to inspire people to have hope for a better future.” “I’m only one voice. And there’s people who want to muzzle that one voice, that want me quiet. But we need to mobilize and support each other. I’m the only First Nation MLA in the province. So as long as I have a voice, I’ll use it.”