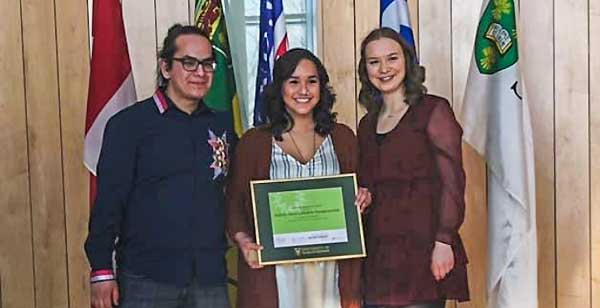 Walking around campus as a first-year commerce student at the University of Saskatchewan, Aubrey-Anne Laliberte-Pewapisconias felt like an outsider.

“All I saw was this sea of non-Indigenous people. I felt completely alone. I thought, ‘I can’t be the only person feeling this way,’” she said.

A member of Canoe Lake Cree Nation and resident of Saskatoon, Laliberte-Pewapisconias spent her freshman year in 2017 searching for the same sense of culture and community she had growing up. The student groups she joined weren’t quite doing it, she said. In her second year, she and fellow Edwards School of Business student Jessica Mirasty decided to create the Indigenous Business Students’ Society (IBSS).

“We built it because we never wanted an Indigenous student to walk through the doors of the Edwards School of Business and feel like they were alone ever again,” said Laliberte-Pewapisconias. “We didn’t want anyone to feel like how we felt in our first year.” They spoke with Elders, matriarchs, female educators, students, alumni and administrators to find out how to make IBSS a strong and lasting community. They established a more traditional governance system, she said, with four executives where everyone has an equal voice rather than a single president. 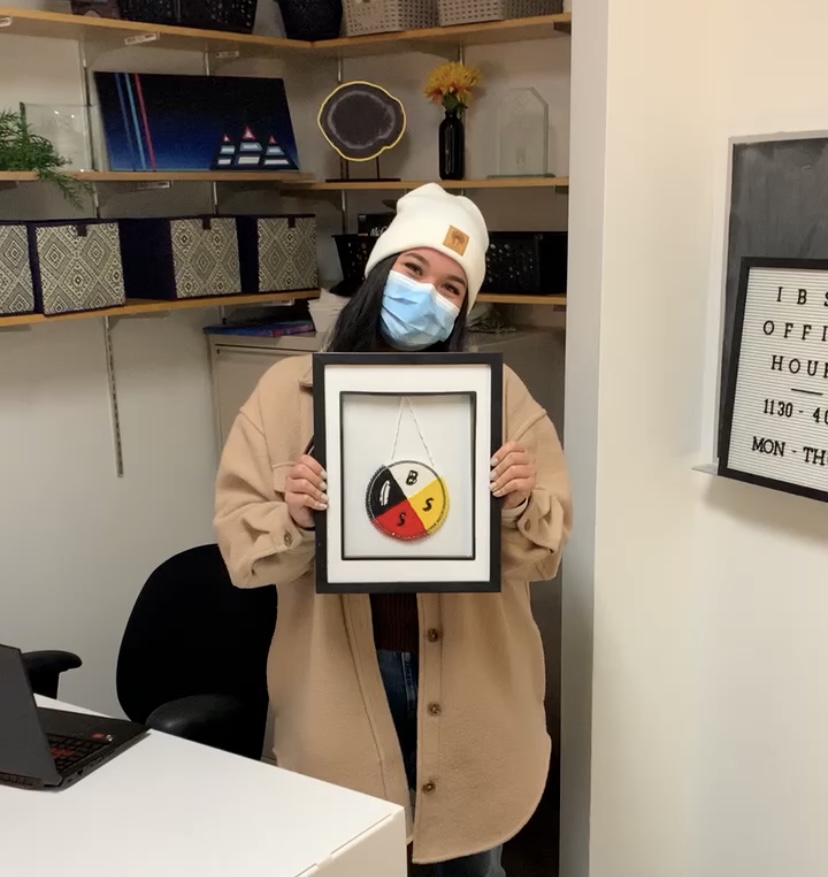 The group has seen some success attracting both Indigenous and non-Indigenous students. This year, they have 34 members.

IBSS has organized several events, including the Indigenous Achievement Conference and the Indigenous Business Gala, in which businesses from across Saskatchewan are able to purchase a table, connect with students, and create career opportunities.

Laliberte-Pewapisconias, who is graduating as the valedictorian of her 2022 class, said she’s happy there’s more space at the university for Indigenous students to feel seen and heard. She and Mirasty are leaving IBSS in the hands of those who also have a drive to feel their culture reflected at their campus, she said.