Leadership of Indigenous organizations on the agenda in 2021 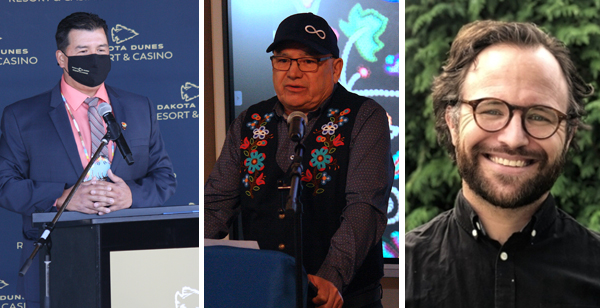 Changes to Indigenous political leadership at the provincial and national levels could be ahead for 2021.

Eagle Feather News spoke with two political experts to get their insight on what could be expected in this consequential year.

The MN-S is expected to set a date for its election during its February 20 and 21 Legislative Assembly. It will be only their second election in nine years, following an unstable period in which federal funding was temporarily cut in 2014.

The upcoming MN-S election has the potential to be its largest.

“Without the pandemic, I would've expected this election to have its largest turnout,” said Dr. Kurtis Boyer, Lecturer at the Johnson Shoyama Graduate School of Public Policy.

“There's been such publicity, awareness, and understanding of the importance of being registered… and when voters are registered, we have cleaner elections and more fluid election results.”

Boyer said he believes the conduct of voters and candidates in this MN-S election will be “very different.”

Candidates and voters should be less focused on personal politics and more on platforms, said Boyer, which is a positive change exemplified by incumbent President Glen McCallum.

“As a leader, I think he's shown resilience, and focused on actually building governance structures. This could be because the job is so big that it's kept him doing it, or it could speak to his leadership capacities. To me, it doesn't matter. He's had ample opportunity to get bogged down in these personal politics and he doesn't, to the extent of a lot of others.”

Dr. Priscilla Settee, Professor of Indigenous Studies at the University of Saskatchewan, believes COVI-19 will trigger a more concerted focus on social safety nets in the MN-S election.

“I think these issues are more impending now. Social safety nets like healthcare and education,” she said. “In a time of neo-liberal expansion, we have seen drastic cuts to funding... and it's going to be more critical for those who rely on state funding.”

On a national level, the Metis Nation continues to face internal division within their branches, with questions of leadership legitimacy and citizenship leading to a tri-council being formed between the Saskatchewan, Ontario, and Manitoba governments.

Clement Chartier, who was elected MNC President in 2003, turned over responsibilities to Manitoba Metis Federation President David Chartrand, who has been acting as MNC President since November 2019.

“Unfortunately, there doesn't seem to be much change at the top, the same leader goes in year after year,” said Settee.

Despite the in-fighting and division, Boyer said there's reason for optimism.

In the fall, the FSIN will hold its election for Chief. Bobby Cameron, who is currently serving his second term, has not yet announced his intentions on running for a third term.

The FSIN has received attention and praise for its response to COVID-19. But with COVID-19 being far from the only tragedy impacting Indigenous communities, Settee suggests more should be done.

“I would love to see more taking the bull by the horns and calling out some of the tragedies that exist on our communities. The Truth and Reconciliation (Commission) Report has still not been fulfilled. We still have the highest rate of child-theft in our communities. It's critical out there to take bold leadership. To call government out for their lack of servicing, lack of response to the land-claim situation, the selling off of huge tracts of land to foreign investment. If I were a leader, I would be jumping up and down,” she said.

“But leaders are scared that if they go overboard, if they're too vocal, their funding will be cut,” she said.

And in July, the AFN will choose a new National Chief, as Perry Bellegarde has announced he will not seek re-election.

“(The AFN) needs a person who puts women and children at the centre of development. What that means is complete social support networks for communities,” said Settee.

Housing, food security and resource extraction that has led to the loss of traditional economies are major issues, she said.

“If (the AFN) get women who have been through the system, education and otherwise, they will have a good sense of what to focus their energy on,” she said.