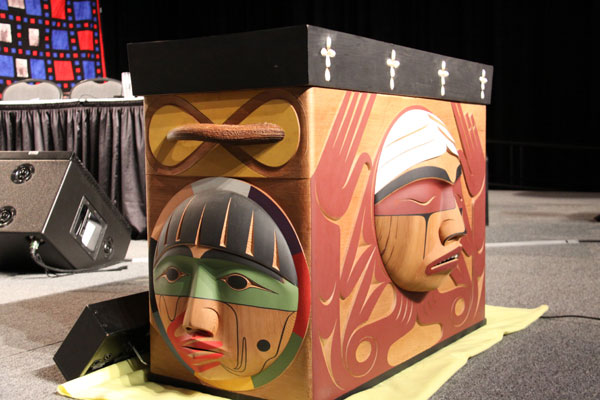 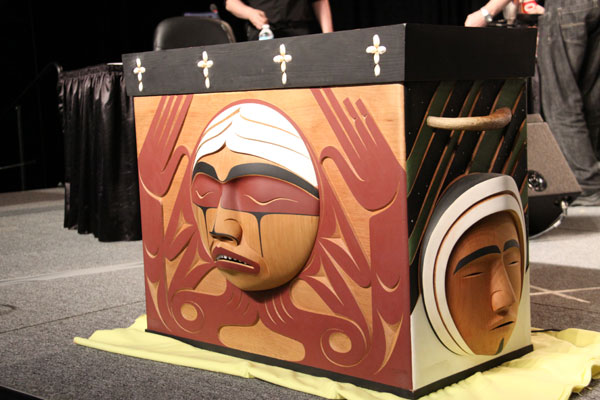 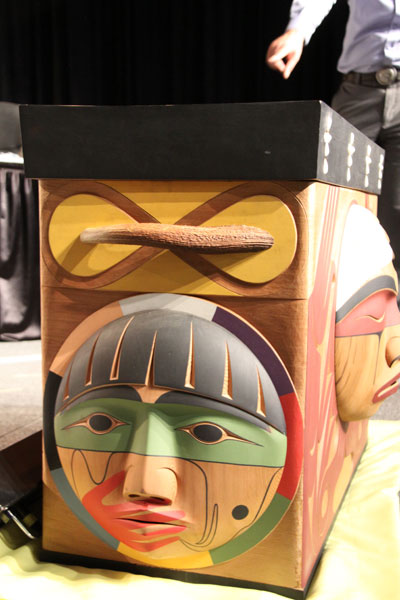 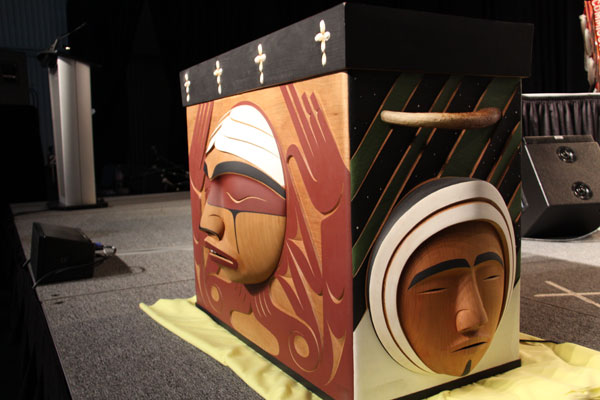 It was a very emotional week for residential school survivors as they leave with forgiveness in their hearts, knowing they have contributed to the change that is to come. They leave knowing that future generations will know their stories and that the dark chapter in Canada’s history has finally come to light and that they can now move forward with peace in their hearts.

The last gifts have been placed inside the Bentwood box. The Bentwood Box was commissioned by the TRC.  It was created by artist Luke Marston as a tribute to all Indian residential school survivors. The box was used to gather gifts as the TRC travelled through the communities over the past 6 years. The box reflects the strength and resilience of residential school survivors and their descendants, and honours those survivors who are no longer living.

Survivors placed their gifts in the box as a memory of their personal journey, more than 1,300 items presented to the TRC in the past six years. Each gift had a special story, as each commissioner and an honorary witness placed their gift inside the box, during the closing ceremony. 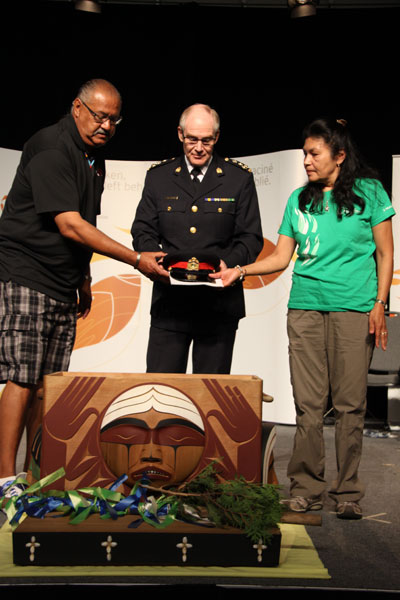 Justice Murray Sinclair placed the original copy of the, Survivors Speak; one of the volumes of the report. Sinclair and the other two commissioners had signed the book.  It is a reminder of the stories they heard from the survivors.

Chief Wilton Littlechild placed a basket of ashes that were made by the burning of the tissues they collected that had the tears of the survivors on them when they told their stories.  He also placed a hockey puck in the box for the memory of sports that let the survivors forget for a moment the abuse they received.

Dr. Marie Wilson placed a Tsimshian rattle in the box.  When the rattle was presented to her by the Tsimshian people, she shared that as the rattle was being given to her every woman in the room had stood up, so before she placed that rattle into the box, she encouraged all the women in the room to stand up.

Eloge Butera, one of the three youngest honorary witnesses, placed a decorated gift bag that was given to him when he was inducted to the TRC six years ago. Butera expressed that when he heard the stories from the survivors that he was able to understand their pain as he was a survivor of the genocide against the Tutsis in Rwanda.  He made a promise to the survivors to carry forward their painful stories of enduring what was an attempt at cultural genocide, to preserve and spread their truth.

The bentwood box objects will be archived at the National Research Centre at the University of Manitoba in Winnipeg and TRC’s new office.