Embracing reconciliation can be rewarding 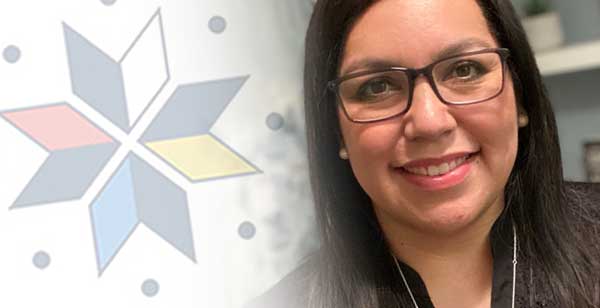 Michelle Brooks, owner of Brooks Interview Coaching, was inspired by the TRC and reconciliation to start her own business helping Indigenous people attain employment. Photo supplied by Michelle Brooks

Almost 20 years into a career in talent acquisition, Michelle Brooks is contemplating a new and better way forward.

The Cowessess First Nation member and Regina resident recently left her human resources position with Sasktel, all in the name of reconciliation.

“I believe that everything we do, both personally and professionally, can help advance truth and reconciliation in Canada,” said Brooks. “This is really just a way I can use the skills I have to do that.”

Brooks said she wasn’t connected to her culture growing up, as her father’s career in the RCMP forced them to live off-reserve. Brook’s father, along with several aunts and uncles, also attended Residential School. But in recent years, with more attention paid to reconciliation and the Truth and Reconciliation Commission’s (TRC) Calls to Action, Brooks began to think more about the role she could play in supporting her people.

“I always knew I wanted to focus on getting Indigenous people into careers, but didn’t always have the opportunity to do that (at Sasktel),” she said.

Using her years of experience and insight into the hiring and interviewing process, Brooks developed several resources, including one-on-one coaching, on-demand guides, and resume services, with special attention paid to help Indigenous people get ready and employed in any industry they seek, she said.

She also is in the process of developing the Stanford Sparvier Memorial Scholarship, an annual fund for an Indigenous individual who wants to advance themselves in school.

“Meaningful reconciliation, for me, means that Indigenous people are accepted into the workplace and given meaningful work,” said Brooks. “Not just hiring people at entry-level positions, but investing in someone’s skills and being able to hire through all levels of the organization.”

She also works full-time at File Hills Qu’Appelle (FHQ) Developments in human resources but is fully committed to moving the reconciliation needle. She does this by working 10-20 hours a week in her spare time on her career coaching business.
And, through the process, her own understanding of culture has grown.

“Last summer I was invited to my first sundance,” said Brooks. “It was so moving and emotional. One of the things I’ve been saying is that, ‘I may be late at learning my culture, but it’s never too late to start.’”

She is happy with her decision to change career paths because it has enriched her life in many ways.

“My dad was always about helping out people, so I feel like I’m passing on that legacy,” said Brooks.