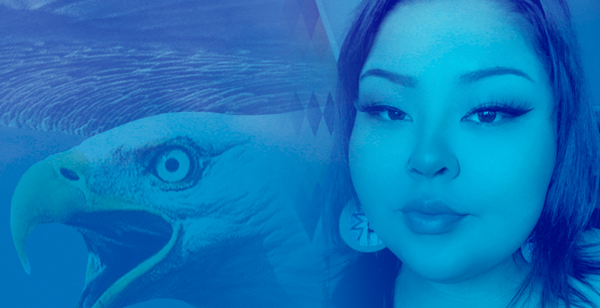 Mercedes Redman, member of the Standing Buffalo Dakota Nation passed suddenly on May 27. Redman was pursuing a journalism degree from the University of Regina. She was a teaching assistant for the INCA Summer Institute, where she worked alongside other students. Redman had a passion for storytelling and never one to pass up an opportunity, she produced this article. It is on a subject she was passionate about, which was the Dakota language and culture. Photo supplied

Three Dakota bands are working to preserve language in their communities.

“Coming through the Residential School era and so many people being unable to speak the language … then coming home to learn it again, those traumatic experiences have stopped a lot of people from speaking (the language),” said Standing Buffalo Chief Roberta Soo-Oyewaste.

According to the 2016 Canadian census, the Dakota population in Saskatchewan is 1,900, with only 415 speakers.

The three Dakota Nations in the province are Standing Buffalo, Wahpeton, and Whitecap.

“We all fall into the trap of using English when we can be using our language,” he said. “We’ve got to really initiate the language, to make an effort to use Dakota first.”

Standing says it is hard, even for him, to switch to Dakota because he is so used to speaking English.

He said even if you use Dakota to ask short questions like, “Where are you going? Where are you coming from? Who did you see at the store?” It’s worth the effort to use the language and have people understand it.

The Dakota are a part of the Oceti Sakowin, the People of the Seven Council Fires, also known as the Sioux Nation, who are from the Northern United States, Manitoba, and Saskatchewan. The Sioux Nation consists of three groups, which speak different dialects of the same language: Dakota, Nakoda, and Lakota.

Standing Buffalo and Wahpeton have implemented language preservation efforts in their schools, beginning in pre-kindergarten.

“How can we best educate our teachers?” said Soo-Oyewaste. “When it comes back into the school, we not only have to teach the children, it has to trickle down to the parents.”

Whitecap has created a Dakota language strategy to implement initiatives to address the risk of losing the language. They include an annual Dakota language gathering, elementary language programming, and high school/post-secondary courses.

“It’s our identity.” said Soo-Oyewaste. “Our kids need to understand. Coming through the Residential School, so much identity, culture, and language was lost. So we need to help them find that balance to ensure they’re stable and they can walk in both worlds.”

The Dakota leaders say they feel pride in the community when they hear the language spoken because it’s being preserved.

“The best sound you can hear in your ears is Dakodiapi,” said Standing. “When you hear it, it’s so beautiful, like I want it to be spoken.”