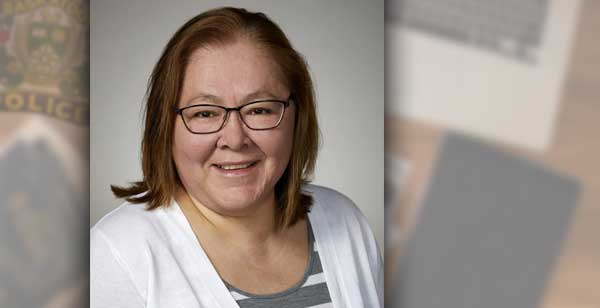 Shirley Greyeyes hopes to use the influence she has as a member of the Saskatoon Police Board to make positive changes in the city. Photo supplied by Shirley Greyeyes

When you don’t know someone in law enforcement and have only heard bad things about them, it is easy to paint everyone with the same brush.

Instead of falling into that never-ending loop, Shirley Greyeyes decided to take things into her own hands and learn how law enforcement works.

The desire to understand came out of various goings-on at the time.

“Because of family talking and seeing and hearing things in the news about policing and everything that had been happening, I wanted to know about how the police service worked, how decisions were made, (and) what the police were going through,” said Greyeyes.

This need to understand would lead to Greyeyes volunteering with the Saskatoon Police Advisory Committee for more than 15 years.

“I participated with other members of the community to advise the Saskatoon Police Service (SPS) via the police chief and his higher-ups on different things within the City of Saskatoon that affect people who are in minority groups,” said Greyeyes.

She would also go on to be the chair of the advisory committee for the last few years of that tenure.

One day when Greyeyes was looking online, she saw openings on a few boards she was interested in, including the Saskatoon Police Board, which she officially joined in January 2021.

“I thought this was a natural step for me to move on and continue volunteering in that area of policing,” said Greyeyes. “It’s always been an interest to me as a First Nation woman (to know) what’s going on with the police service. The more I volunteer, the more I can speak as an advocate.”

As a commissioner, Greyeyes attends all meetings, views all information, and keeps up-to-date on everything to provide her opinions and feedback to the board.

“It’s important to me that I continue to learn and understand,” she said.

Greyeyes now hopes to use her influence on the board to make changes for the better.

Although this position requires Greyeyes to reapply every fall and she can only hold it for a maximum of six years, she is going to take advantage of every moment.

“I believe volunteering and giving back to our community is important,” said Greyeyes. “This is an area I am fairly knowledgeable about and I think I can provide feedback and information to help make decisions through this committee in a positive manner -- bringing a perspective that is new to some people and learning from the people who are there as well.”