We would like to apologize to the Gabriel Dumont Institute and Vice President Michelle LeClair for the several inaccuracies that appeared in the article “New MN-S VP LeClair, re-elected Pres McCallum differ on issues”. The article recently appeared in our June issue and on our website.

The article inaccurately states that “It was also alleged that GDI played a political role in the election by only inviting certain candidates to a political debate.” For the record, GDI did not host a political debate of any kind. GDI invited each candidate to submit information on their platforms for a special election issue of New Nation magazine. 17 out of 18 responded. The one person who did not respond was sent several subsequent invitations, via several methods and refused to respond or submit information.

Eagle Feather News also wants to correct this statement. “Allegations of the MN–S overstepping its boundaries in GDI operations by having an appointed Minister take an active role in the governance of the organization.” The actual governance of GDI is of a 12-person board of governors selected from the 12 MN-S regions plus a Chair. That Chairperson is the Métis Nation-Saskatchewan Minister of Education.

We sincerely apologize to Vice President Michelle LeClair the Gabriel Dumont Institute board, management, staff and students for the confusion and harm done by these inaccuracies. We deeply regret the errors and will aim to do better in the future. 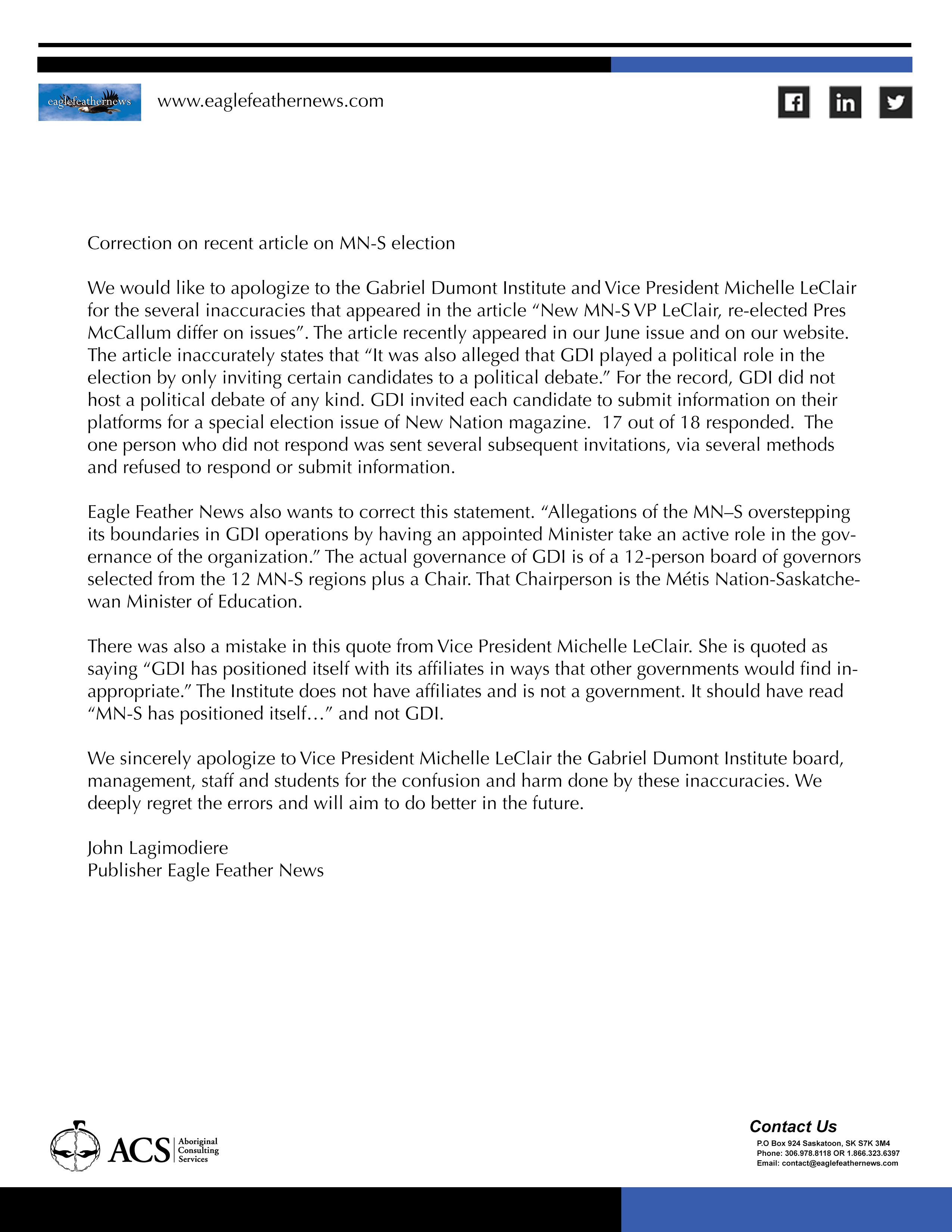