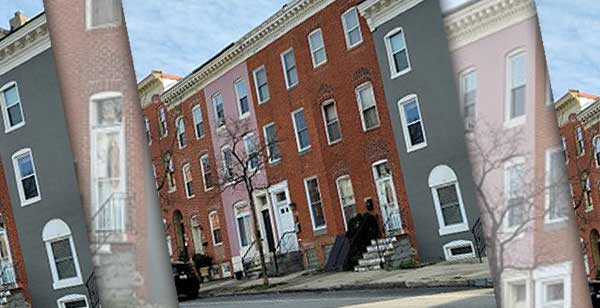 The Lumbee Tribe has proven time and time again that home is where you make it.

The tribe was formed in the 1700s by Indigenous people in the Carolinas fleeing colonialism. They moved to the swamps around the Lumber River, nicknamed “Drowning Creek” by European settlers.

The Lumbee is the largest tribe east of the Mississippi and most tribal members still live in towns along the Lumber River.

After the Second World War, thousands of Lumbee people moved up the US coast to Baltimore, Maryland in search of job opportunities and a better life.

The mass migration of Lumbee extended to 64 blocks of red-brick rowhouses in east Baltimore and became referred to as the Baltimore American Indian Reservation.

In 1968, Lumbee elder, Linda Cox, was 18 when she moved to the city from Pembroke, North Carolina.

“[I] grew up on the farm, and I hated farming,” she said still using common Lumbee vernacular. “[I] would have to get up in the morning to take out a barn of tobaccer to put in another barn of ‘baccer.”

It was a tough life.

“You don’t appreciate it at the time, all of the work and the vegetables that we actually grew,” Cox said about her childhood. “You take it for granted until you get older.”

Many Lumbee moved to Baltimore out of necessity.

“We were poor, and I didn’t realize… because everybody around me was living the same way,” said Cox.

By the late 1960s, the Lumbee established their own church, trading post, restaurants, and cultural center.

The vision was to create a place “for natives to be able to come together and keep our culture alive.”

“It’s important for our kids,” said Cox, the current BAIC director. “They don’t need to be ashamed of who they are.”

She remains involved in the community and has seen many changes.

“The Native American people have moved out of the neighborhood,” said Walker-Jones. “A lot of them moved to the counties… the neighborhood is so different, a lot of people aren’t comfortable coming to the city anymore.”

Another remnant of the Baltimore American Indian Reservation is the South Broadway Baptist Church that opened in 1978. However, the Lumbee began congregating in east Baltimore as early as 1952. The church is still attended mostly by the Lumbee many of whom travel from outside of the city for services.

In the 1970s, the South Broadway Baptist Church began to also be used as an Indigenous study center.

Walker-Jones applied for an education grant and got it.

“I would go to the schools…identify the Indian kids, identify their needs, and after school, we would tutor the kids and help them improve on their math and reading skills,” she said.

“They never gave up on me no matter how many times I disappointed them,” she said. “They are the reason I went back and got my diploma… I couldn’t have [done] it without them.”

Those still living in the area know it’s important to keep the history alive because it is a testament to the Lumbee resilience.

Magdeline Jones is a member of the Lumbee Tribe and a student at First Nations University of Canada and was part of the Indigenous Communications Arts Print and Online Journalism Class. This feature was produced as part of her class work.