Artist explores her identity through a unique vaudeville show 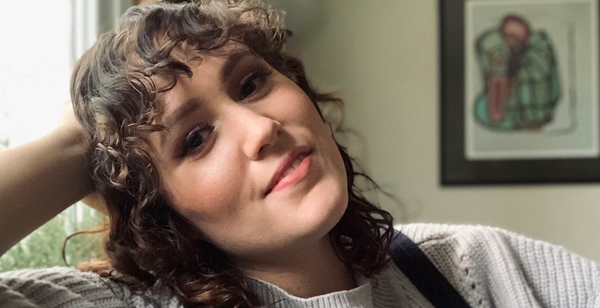 Art imitates life and that was Amanda Trapp’s goal with her show Half Breed Vaudeville.

She was one of the Indigenous artists featured at this year’s Fringe Festival in Saskatoon.

“The title came to me because I thought it would be a good way to describe the inside of my brain in a series of bits and songs,” said Trapp. “The show is about my relationship with my identity and the intersection of art as well.”

She chose the name for her show for a reason.

“Half breed for so long was a derogatory term and a shameful thing to be,” said Trapp. “We have started to reclaim it and it’s a way we describe ourselves to show that we have a foot in these two worlds. It’s a very unique experience so using it in my title felt very natural because it’s a good description of who I am in a way.”

It was the first time Trapp had chance to put on such a performance and was excited about it.

“I haven’t had the opportunity to write a show for myself that has no parameters around what it needs to be about or anything,” she said. “Fringe offers a great opportunity to test things out and make things we wouldn’t otherwise be able to make.”

She decided it was a perfect time to take the next step in exploring her identity so she made a whole show about it.

Although it was not her first time at Fringe, it was the first time she is doing a unique performance specifically for this year’s audiences.

“As an artist, I have been craving to do something original,” said Trapp. “My schedule allowed it and it seemed like a perfect fit. Over the last couple of years with all this time I have been at home I have been able to go back on my writing and compile things that were uncompleted and now I’m able to put that in a show.”

She said the timing of her show is perfect given the recent climate.

“A big part of my show is talking about how settlers, who are producers and directors, approach working with Indigenous artists and my experience,” said Trapp. “In particular with that which is approaching it in a spirit of reconciliation, but how it’s not always successful. I would say my show explores the ways in which there’s still exploitation happening.”

She means the expectations and pressures put on her as an Indigenous artist.

“There’s a pressure to fit into certain boxes as an Indigenous artist because people who aren’t Indigenous have a specific idea of what they think Indigenous art is and what it needs to be about,” said Trapp.

“Because I’m mixed and white-passing I can see both sides of how people treat settler artists versus Indigenous artists and as an Indigenous artist I find I’m often pressured to mind certain parts of my trauma and fit into these certain tropes,” she said. “So that they can put that on stage and show there is reconciliation happening because, ‘Look at the stories we are telling.’ But that is not necessarily always a healthy thing as an artist to do.”

Trapp’s show explores mature subject matter, so it was rated 13 and over.

The Saskatoon Fringe Festival has been in operation since 1989.