Grade 7 and 8 students from St. Mary’s Wellness and Education Centre conducted a flash mob on Monday, March 21 at the Gordon Oakes Red Bear Student Centre at the University of Saskatchewan to raise awareness for missing and murdered Aboriginal women in Canada. 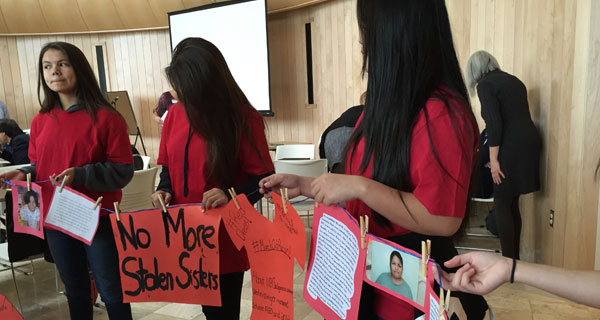 The initiative is part of the Multicultural Council of Saskatchewan’s #MarchOutRacism campaign and in support of the International Day for the Elimination of Racism (March 21). 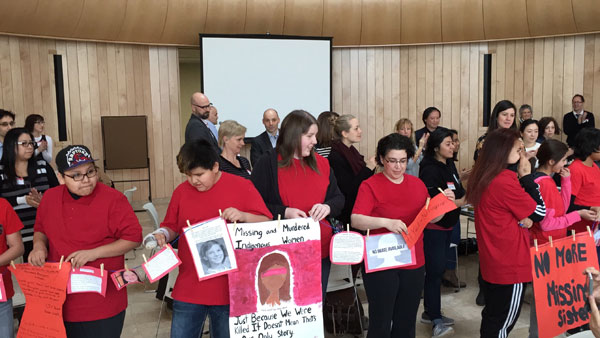 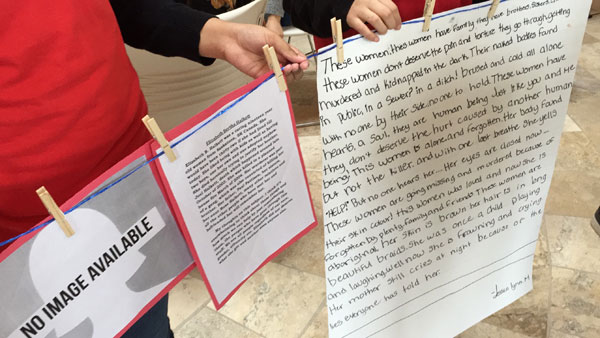 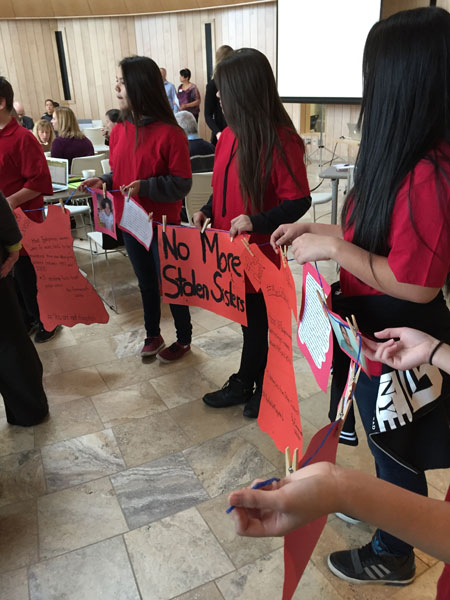 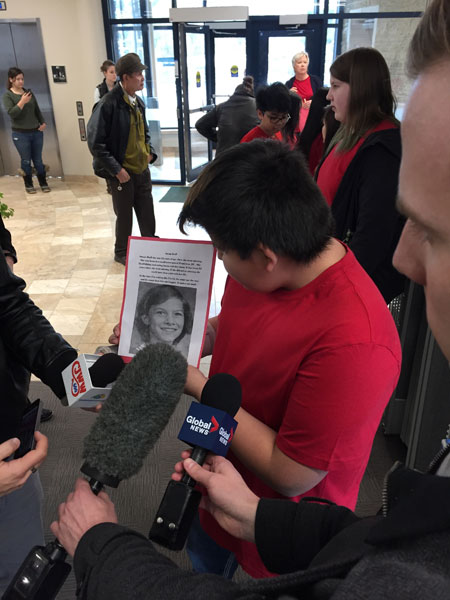 Students have been researching missing and murdered women in Canada as part of the identity and social justice unit in social studies and English language arts classes. “Our unit was looking at modern injustices in Canada, focusing on identity, racism and stereotyping,” said Tara Desroches, the Gr. 7/8 teacher. “The students’ goal is to give these women back their voice so they are no longer just a number on a long list. We didn't want these women being remembered and stereotyped for being just another missing Aboriginal person. We wanted them to be remembered for being human—their lives matter.” 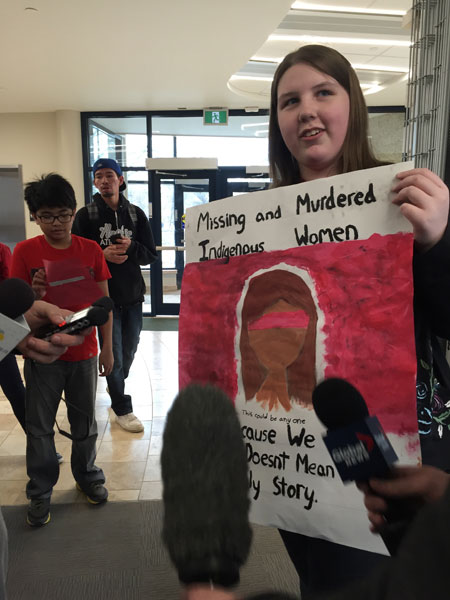 Desroches added that the initiative was a perfect fit for the Greater Saskatoon Catholic Schools’ mission to reach out and transform the world. “We did the flash mob so we can learn more information about the missing and murdered Aboriginal women in Canada. Also, so that we can share this information and take a stand to say this isn't right and justice needs to be found.”

The Multicultural Council of Saskatchewan is a charitable, non-profit organization committed to promoting, fostering, improving and developing multiculturalism in the cultural, economic, social and political life of Saskatchewan while working to achieve equality of all residents.