Saskatoon honours MMIW with a march and round dance 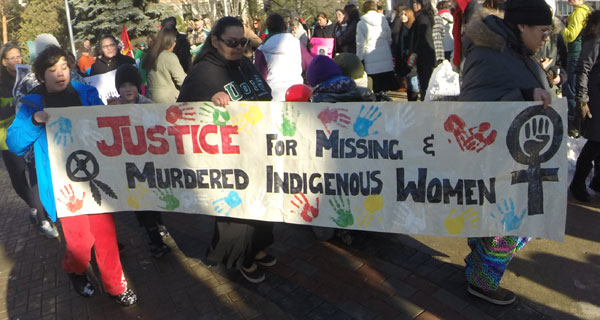 On Valentine’s Day, hundreds of people gathered downtown in Saskatoon to listen to speakers and held signs as they marched down the streets in honor of Missing and Murdered Indigenous Women (MMIW).

Mostly all major cities across Canada held the same event in solidarity of MMIW. For the past three years, Nichole Yamchuk coordinated the event because she believes that all lives matter including those who went missing or murdered in the Indigenous population.

“I want everyone to know it’s an all nation problem, we all live here….1600 missing and murdered cases in our territory, that’s not okay,” says Yamchuk. “No matter who’s driving down the street and they see our banners, they should say that’s an amazing movement and I want to get involved.”

Connie Beauchene from North Battleford participated in the march to honor her niece, Courtney Breanna Johnstone, who went missing end of January 2014 and was found dead not long after in a landfill located in Grande Prairie, Alberta. Although Johnstone’s killer was found and put behind bars, there remains a void that Beauchene feels without her niece but she remembers the kind of person Johnstone was to her and their family.

Many guest speakers took the time to share their messages on the issue of Canada’s missing and murdered Indigenous women and how important it is to shed light on an important topic.

“It’s the poverty, the poor housing, it’s the racism, it’s the disadvantage that is putting many of our Indigenous women [at risk],” says Chief of Police Clive Weighill. “On behalf of the Saskatoon Police Service, let me reassure you we put every much of our effort as we can into this important issue.” 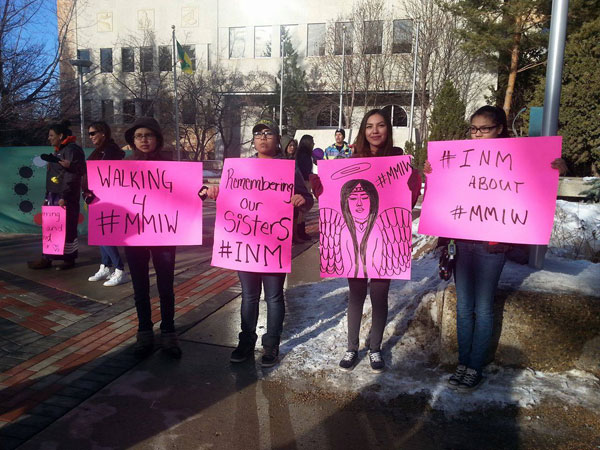 During his speech, Chief Weighill held a photo of what the new bronze monument of a dancing Indigenous woman will look like and noted it will be placed in front of the police station downtown.

Following the march, a feast and round dance was held at the Albert Community Hall that brought closure to the day’s event.