Opinion: Looking back at Just Another Indian

Almost two decades ago I began writing Just Another Indian: A Serial Killer and Canada’s Indifference. 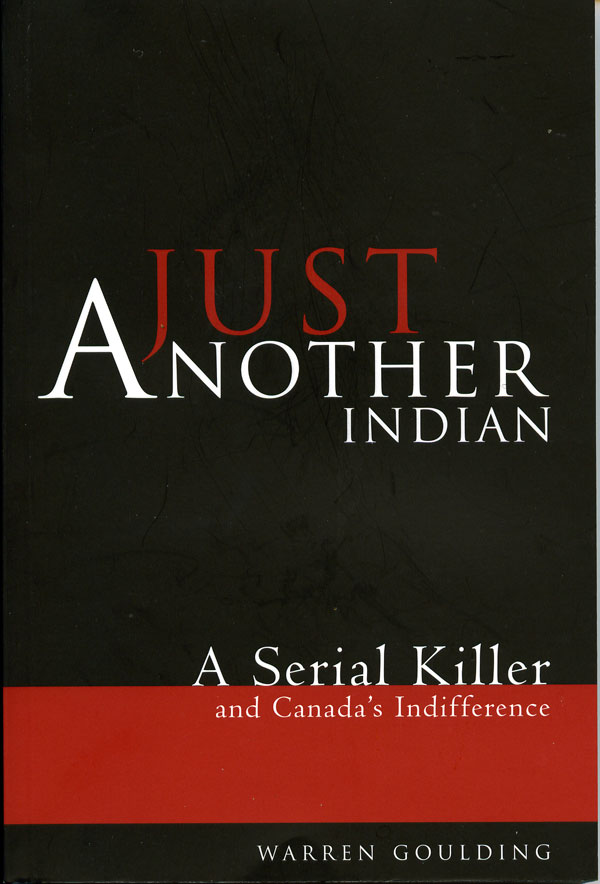 That part of the process followed a five-year journey through the justice system, that began with the discovery of the remains of three Aboriginal women in a grove south of Saskatoon. Their names are Eva Taysup, Calinda Waterhen and Shelley Napope, who at the age of 16 when she disappeared, was the youngest.

The early days of the RCMP investigation were an exercise in deception and behind-the-scenes intrigue and trickery that soon resulted in the arrest of a low-life character by the name of John Martin Crawford. A simple man who fit the profile of many serial killers, Crawford had killed a woman in Lethbridge in 1981. Despite the ferocity of the crime – sexual in nature and clearly intentional – Crawford was allowed to enter a guilty plea on a manslaughter charge and wound up serving less than ten years in prison.

It was Mary Jane Serloin’s sister, Justine, who commented that the case was barely covered by the local media and the police and court officials didn’t even bother to tell her family that Crawford would be appearing in court.

“It seems that any time a Native is murdered, it isn’t a major case,” Justine told me.

That chilling theme would resurface in Saskatoon a decade later.

To their credit, soon after the skeletal remains were found near Moon Lake, the Mounties identified their suspect, found a willing ex-con to help set up his former friend, arrested Crawford and provided an air-tight case that resulted in Crawford’s conviction on three murder counts. He’s currently serving three concurrent life sentences and will be eligible for parole in about five years.

But it was the tactics the cops employed along the way that still disturb me when I think about this case or am asked to speak about it to the media or in university lecture halls.

The Taysup, Napope and Waterhen families all hit roadblocks when they reported their girls missing. All of the usual stereotypes kicked in when family members sought the help of police in locating the missing women.

They were assumed to be partying, shacked up in Alberta or hiding from police; those were the usual responses … if police or civilians working in the various police stations even agreed to discuss the families’ concerns.

But there were other troubling aspects of the case. Completely inexplicable tactics that, in my opinion, reek of racism and brutality.

When I spoke to a fourth year law class at Simon Fraser University, I told the students about the Theresa Kematch incident. Some were shocked, one or two doubted that my version could be true.

Theresa had the misfortune to encounter the predatory John Crawford one drunken evening in Saskatoon. She was stumbling along Avenue P when Crawford, well known by police as a convicted killer and now a suspect in a triple murder, pulled his Cougar up to her near 11th Street and convinced her to get into the car.

The cops were watching all this unfold.

The Mounties had placed Crawford under surveillance and this was early in the operation.

Intrigued, several officers got closer and observed as Crawford took the vulnerable young woman to a storage lot, full of culverts, septic tanks and other concrete products. He beat her, raped her and threw her out of the car.

All this happened in full view of the cops who chose not to intervene.

A few minutes later, Theresa was arrested. She was held in the RCMP cells overnight and released in the morning.

Crawford went home after the attack, and, as we would learn later at the preliminary hearing, continued his pattern of attacks on Aboriginal women.

You can’t make this stuff up.

A few weeks later, with the RCMP surveillance team now bolstered by the cooperative agent who would agree to wear a wire and help set up Crawford, the violent sex maniac and killer got another opportunity that defies logic.

Crawford and his buddy, Bill Corrigan, picked up a woman and took her to what was then the Imperial 400 motel on Idylwyld Drive. The police officers watched and listened as Crawford had sex with the young, Aboriginal sex trade worker in a locked room at back of the motel.

That the police allowed this to happen after listening to hours of conversation between Crawford and Corrigan during which the killer described how he had killed Eva Taysup, Shelley Napope and Calinda Waterhen is unnerving. What were they thinking?

Could they possibly have got into the room in time to save the woman if an enraged Crawford had attacked her as he had with Shelley, Eva and Calinda?

Why didn’t they care? Why were they prepared to take a chance like that? Would they have taken the same risks if Theresa and the woman at the Imperial 400 had been attractive, blonde white women?

I submit they would not have allowed such outrageous crimes to occur.

The John Martin Crawford case was not particularly unique in terms of public response or media attention. There simply wasn’t much interest on the part of mainstream media or society in those days.

It certainly wasn’t a Paul Bernardo moment … but, then again, his victims were pretty, white girls.

In the years that followed, there would be hundreds of crimes against Indigenous women and girls reported. Families continued to tell heartbreaking stories of loss and injustice.

We began to learn more about the Highway of Tears in British Columbia and the Willie Pickton case in Vancouver. Horror stories emerged from Winnipeg and Edmonton.

I’m often asked if anything has changed in the 15 years since Just Another Indian was published.

What hasn’t changed is that Indigenous women and girls are going missing and being murdered in alarming numbers.

What has improved is that we are now talking about it and preparing to do something about this troubling issue.

Questions were being asked. Organizations like the Native Women’s Association of Canada began to demand action. There were calls for an inquiry. The callous Harper government balked, despite overwhelming evidence of what was clearly a national shame.

It came as a great relief that Prime Minister Justin Trudeau’s Liberal government announced earlier this month that it has established a commission that will investigate the issue of missing and murdered Aboriginal women and girls.

The commissioners have a daunting task before them. But it is an impressive panel and we have every reason to believe they will do a fine job.