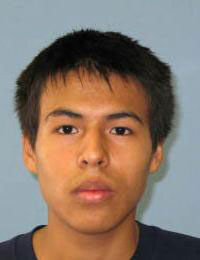 The Saskatoon Police Service is asking for the public's assistance in locating a 22 year old  Saskatoon man.

Justin Kishayinew was last seen on the morning of Tuesday, February 9th .  He left his residence in the 100 block of Ave. L South and has not been heard from since.  Justin is described as being Native, 6'0", 160 lbs, slim build, short light brown hair, and brown eyes.  He has a scar over his left eyebrow and another in the middle of his forehead.