The federal government has launched a national inquiry into missing and murdered Indigenous women and girls. Meet the commissioners named to the inquiry:

The Honourable Judge Marion Buller was appointed the first female First Nations judge in British Columbia in 1994. Prior to being appointed to the Provincial Court bench, Judge Buller worked as a civil and criminal lawyer (1988-1994). Judge Buller served as both a director and president of Canada's Indigenous Bar Association and has been a member of the B.C. Police Commission and the Law Court Education Society. She was the Commission Counsel for the Caribou-Chilcotin Justice Inquiry and published reports and articles dealing with Aboriginal rights and legal services for First Nations in British Columbia. Judge Buller was instrumental in starting the First Nations Court of British Columbia in 2006.

Judge Buller received her bachelor's degree in anthropology from the University of Victoria, and went on to study law there as well. Judge Buller is currently resident in Port Coquitlam, British Columbia, where she sits on the Provincial Court Bench, but maintains band membership with the Mistawasis First Nation in Saskatchewan.

Born to a French father and Innu mother, in the Innu community of Mani Utenam in Québec, Michèle Audette is a native long-time Innu speaker. She began her political career very early having been elected one of the youngest-ever Presidents of the Québec Native Women's Association (QNWA), a Native Women's Association of Canada member organization, where she has advocated actively to support women's issues. She was instrumental in helping Ecole Nationale D'Administration Publique create an innovative program in the field of Aboriginal public policy. Additionally, from 2004-2009, Ms. Audette served as Deputy Minister at the provincial Secretariat of the Status of Women in Québec. She was the recipient of the Queen's Diamond Jubilee Medal in 2012.

Qajaq Robinson is a graduate of the Akitsiraq Law Program – a partnership between the University of Victoria and Nunavut Arctic College. Born in Iqaluit and raised in Igloolik, Ms. Robinson is a strong Northern advocate, who is fluent in Inuktitut and English . She articled at Maliiganik Tukisiiniakvik, clerked with judges of the Nunavut Court of Justice under the Chief Justice  at the time, Beverley Browne, and then became a Crown prosecutor who worked the circuit court in Nunavut for four years.

Ms. Robinson is presently an Associate with Borden Ladner Gervais LLP in Ottawa, Ontario, where she works on Team North, a multi-disciplinary team of 70 lawyers who do a variety of work for First Nation communities in the northern parts of central and western provinces and the territories.  She has worked on a wide range of issues affecting Indigenous rights. Most recently, Ms. Robinson worked as legal counsel at the Specific Claims Tribunal, travelling to First Nations communities across Canada. In addition, Ms. Robinson is the Vice President of Tungasuvvingat Inuit, a not-for-profit organization dedicated to providing cultural and wellness programs to Inuit in Ottawa. 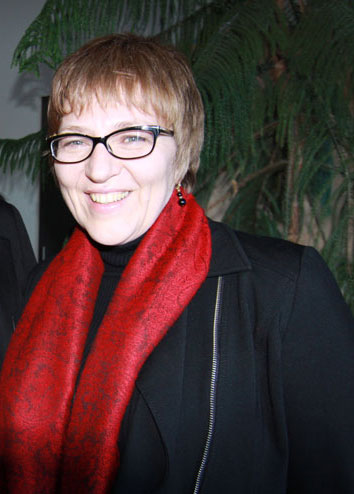 Marilyn Poitras is one of the commissioners named to the national inquiry on missing and murdered Indigenous women.

Prior to being appointed Assistant Professor, her professional life was a fusion of law, governance, community and institutional education. Her expertise and passion is around constitutional/Aboriginal law with a life study of customary laws. Ms. Poitras was a Native Court Worker and moved into the area of constitutional law after articling with the Saskatchewan Department of Justice. She has developed a number of legal education initiatives, including the precursor to the Akitsiraq Law School in Nunavut, where she has been a professor, and the Indigenous People's Resource Management Program at the University of Saskatchewan.

Ms. Poitras has worked in private practice and litigated in every level of court in Canada. She has significant experience in the development of self government with the Beaufort Delta Agreement, treaty implementation with the Federation of Saskatchewan Indian Nations Treaty Table Justice Portfolio as well as the revisions to the Saskatchewan Métis Election Process. Ms. Poitras also works on CIDA funded research on ancestral domain and land conflict in Central Mindanao. Ms. Poitras is also the film producer of 7 Minutes, a film about an Indigenous woman from Saskatchewan who was stalked and chased. She is also the editor of numerous Elder's books for various First Nations in Saskatchewan who tell their own stories of life, residential school and traditional teachings.

Brian Eyolfson holds a B.Sc. in psychology, an L.L.B from Queen's University and an L.L.M, specializing in administrative law, from Osgoode Hall Law School.

Mr. Eyolfson was called to the Bar of Ontario in 1994 and has served as a Senior Staff Lawyer with Aboriginal Legal Services in Toronto and as Counsel to the Ontario Human Rights Commission .  He was Counsel to Aboriginal Legal Services of Toronto at the Ipperwash Inquiry, and practiced human rights, Aboriginal and administrative law before a variety of tribunals and courts. He is a Vice Chair with the Human Rights Tribunal of Ontario, where he adjudicated and mediated human rights applications, from 2007 to 2016. Mr. Eyolfson is currently acting as the Deputy Director in the Legal Services Branch of the Ontario Ministry of Indigenous Relations and Reconciliation.