Awareness campaign broadens as family searches for loved one 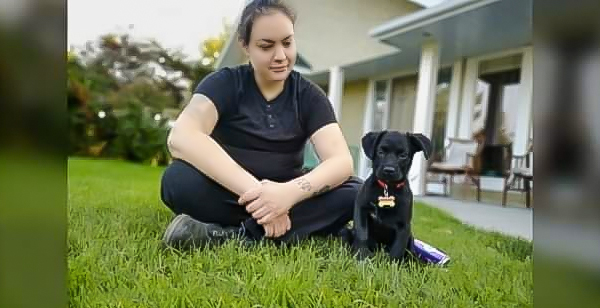 The Gallagher family just want their Megan back.

“We’re hoping someone can give us information,” said her father Brian Gallagher. “We haven’t had confirmed contacts with her since the 19th of September. We’re asking anybody who has any information about Megan to contact the Saskatoon City Police, or 975-8300, 975-TIPS.

“We’d like to take a moment to thank the efforts of everyone who has been helping us so far, it’s so greatly appreciated. We truly believe that these efforts will lead to information about Megan’s whereabouts. Please keep sharing, keep watching for Megan. Somebody somewhere, somehow, has information about Megan that we so desperately need.”

A new billboard has been unveiled at the corner of 20th Street and Idylwyld in Saskatoon, seeking information on the whereabouts of Megan Gallagher.

Gallagher also thanked the Métis Nation-Saskatchewan and the Murdered and Missing Women and Girls’ Women’s Secretariat for their support, which helped with the billboard. H also acknowledged the help of the Saskatoon City Police for their amazing efforts, who have been giving them weekly and sometimes daily updates.

“Without their hard work I don’t know where we would be, and thank you for helping us share this message,” said Gallagher. “It never stops, we take different routes to where we’re going now in hopes we’ll drive by someplace she might be. We’re hoping this poster campaign will help, the family’s efforts very much continue.”

He shared about the struggle the family is going through, not knowing what has become of their loved one. “You don’t eat the same, you don’t sleep the same, you don’t do anything the same,” noted Gallagher. “Our whole lives have changed dramatically. She’s always been an amazing person, a kind person, she has so many friends.”

The picture on the billboard and in the missing poster campaign, was taken the last day they saw her, playing with the dog on the front lawn on a beautiful day. It was described by Gallagher as a great day, a beautiful summer day almost like out of a storybook, and a good visit, and then she went to visit her friend, and that day was the last anyone saw her.

“Megan is a daughter. She's a mom, she's a sister, she's a relative, and she's a fantastic friend to so many,” said Gallagher.

People are urged to keep a lookout for Gallagher and report any tips to the Saskatoon City Police. She is 5’10, 180 pounds, with brown hair and brown eyes. She has a half sleeve tattoo with a large owl from her right shoulder to her elbow, a #13 tattoo on her right hand, a cross tattoo behind her ear, and a rainbow-coloured feather tattoo on her ankle.