First Nations artists were a huge hit in London when they recently showcased their art.

From June 1st to the 30th, Creative Saskatchewan, in partnership with C. S. Redlick, a London fine art broker with roots in Saskatchewan, hosted an exhibition called the Canadian Indigenous Contemporary Art.

The most notable sale of the exhibition is the sale of “Event II” by Stimson to the British Museum.

“Event II” is an oil and graphite work in a series of three works all dated 2015 depicting bison on the plains of Saskatchewan juxtaposed against an oil pump jack in monochrome.

The purchase of this piece makes Adrian A. Stimson the first contemporary Saskatchewan artist to have works in the British Museum. The piece will be in the Native North American Department’s permanent collection. 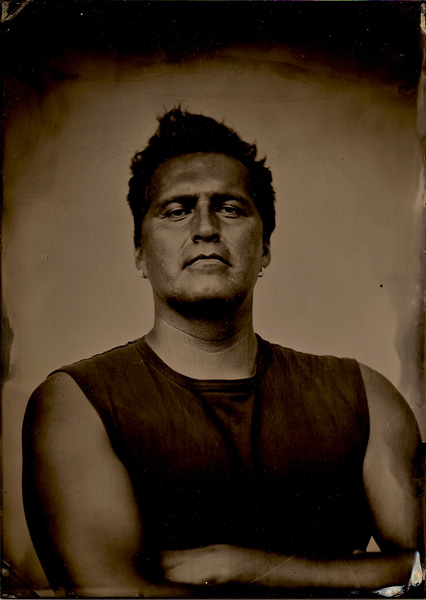 In an interview with Adrian Stimson, he had this to say about the whole experience and about the painting he sold:

EFN: Your work is the first piece ever from an Indigenous Saskatchewan artist to be sold to the British museum and kept there. How does that make you feel?

That is what they are saying, and if correct, very cool, the British Museum has a long history of “Indigenous collections”, collected through time, some with questionable ethics yet it is a sizable collection that is a record of my Blackfoot being, which is in safe keeping until repatriation occurs. In context of that history, I feel Honored that my work has become part of that collection and its narrative.

EFN: What is it about the artwork that they liked?

I am not totally sure, yet in an email sent by one of the curators, they liked my underlying activism, environmental, and social advocacy. The painting will be included in the next rotation of Blackfoot material next year.

EFN: How much did the piece sell for?

It was reasonably priced for the London market. It will pay the mortgage for a few months.

EFN: How was the London show? Was it at all like in the movies where they have these art show parties? Was extremely formal?

The London Show was wonderfully put together by the Redlicks, who curated the exhibition and sale of works. It was in a small private gallery in a prominent gallery district, yet all of London is a art gallery. The opening was a simple affair, people dropped in and viewed the work. It had a party atmosphere with snacks and drinks. I was able to invite a number of friends from London, so it was like being at home. You had to RSVP yet no one was refused at the door, it lasted about 5 hours with many collectors and art enthusiasts attending.

EFN: What was your inspiration for the piece and what does it represent?

Event II is part of a series called “Event Horizon”, like we are at the edge and can’t turn back, a black hole. This series examines my thoughts on resource extraction on the land, the same as our history and that of colonialism. Not a harmonious history, one that is still being played out with amazing things to come.

EFN: There were 42 pieces that were showcased by you and four other artists, how many pieces did you take and what were they?

We each contributed different amount of work, I submitted 13 pieces of various sizes and prices.

EFN: Is there anything else you would like to add?

Thank you for taking the time to review this story, I am very honoured. It’s an interesting and important moment for me.

< Back to EFN Interviews