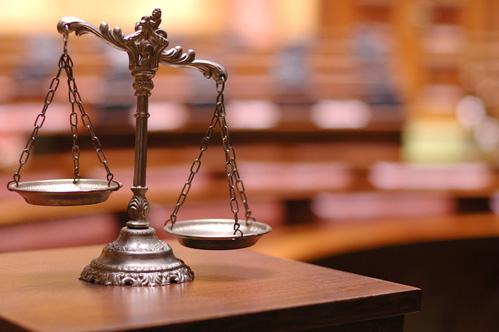 I have a law degree, though I’ve only used it to make myself sound smart on online dating profiles. In this column I’ll be answering legal questions that people (mostly my cousins) have asked me.

Here’s a question that I had from a couple comedian friends (let’s not think too hard about why they wanted to know): What does Second Degree Murder mean? Is it worse than normal murder?

There is more than one kind of murder because our system of justice wants to recognize the different circumstances that may result in another person’s death. The justice system has attempted to capture murder resulting from negligence, blind rage and of course, just cruel intent.

There are different degrees of murder. When you accidentally touch a stove and burn yourself, you may have given yourself first, second or third degree burns. As we all know, third is the worst, second is pretty bad and one, you’re just being a suck. But when it comes to law, second degree actually is less bad than first. (Murder is always bad, but you know what I mean.)

First Degree also includes murder that may not be premeditated or even intentional – if it happens while you were doing other bad shit that society is very much against: like terrorism or kidnapping. Also killing a police officer is automatic First Degree murder because we don’t want society turning into Columbia during the reign of Pablo Escobar. The automatic penalty for First Degree murder is twenty-five years. That means you don’t get to think about parole until a quarter of a century has passed. Although with good behavior, you might be able to work your way up to a nicer prison.

The definition of Second Degree is all murder that is not First Degree murder. (That is seriously a bad definition, like saying that magazines are all printed words that are not books.) But basically second degree is murder that was not planned. Let’s imagine a murderous person – we’ll call him Tim –wants to kill his neighbor because he stole his secret recipe for sweet and sour meatballs. So he goes over to his neighbor’s house with a crossbow (that he already owns), stands outside and when he sees his neighbor, he shoots, misses and hits a repair guy who was innocently peeing into a mug. Tim did not intend to kill the repair guy but he should have realized that was a risk. The penalty for Second Degree murder is minimum ten years in prison, which means you could get more time but you definitely can’t get less.

To make things even more confusing, manslaughter is thrown into the mix. Manslaughter is murder that occurs “in the heat of passion” or when you were intoxicated or otherwise impaired. It also refers to situations where you kill someone but you didn’t intend to – like punching someone out in a bar and they hit their head and die. After reading dozens of cases like that in law school, I remember being very afraid of getting into a fight, one wrong punch and you could end up going to prison! (Not that I was ever the fighting type, I’m a card-carrying chicken-shit.) There are no minimums for manslaughter and sentences are dependent on the facts of the case. Unless you committed manslaughter with a gun, then that’s automatically four years. Because Canada does not want people using guns to commit crimes; shooting geese is okay though.

So my advice to you – and I cannot legally advise you because I am not a lawyer – is to not kill anyone.