The many Faces of Diabetes 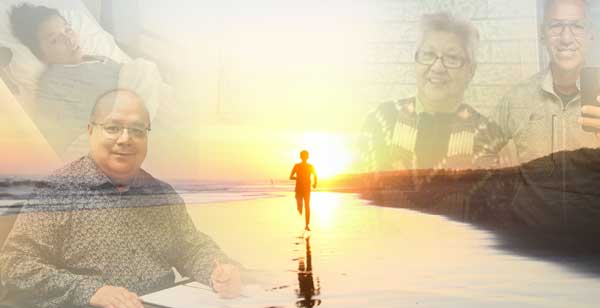 Four diabetics share their journey of triumph over adversity and prove one is never too old or too young to be an advocate.

To say diabetes is a complex disease is an understatement. It can lead to heart, kidney, nerve, hearing and foot damage including limb loss, as well as skin conditions and even Alzheimer's disease.

In 2008, he was an overweight diabetic with bad knees, failing kidneys and eye problems.

One day, as he sat in his doctor’s office listening to his latest blood test results, he knew time had run out.

Daniels weighed the pros and cons of his lifestyle and knew if he didn’t make major changes his future could include blindness, dialysis and even death.
He chose life and hasn't looked back.

“It was hard,” said Daniels. “I’m not going to lie. It’s not easy.”
He gave up drinking, changed his eating habits and got active. 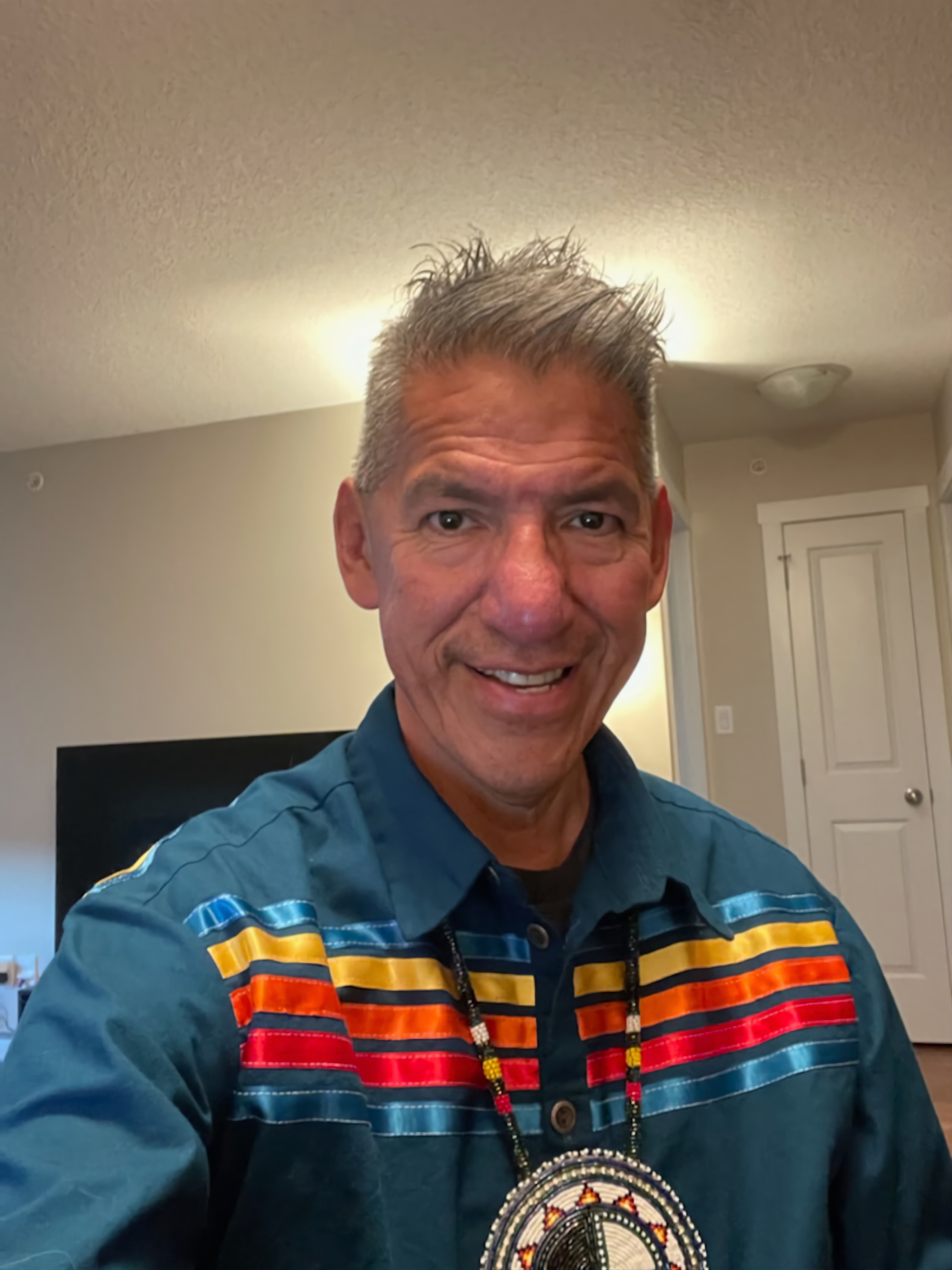 With hard work he’s lost 100 pounds and reversed the effects of the disease.
“The body is amazing,” said Daniels. “If you just give it time and you take care of it, it has the power to heal itself.”

Being a creature of habit has helped him maintain a healthy routine. Daniels exercises daily, but takes a break when it's needed. He maintains his diet by not over indulging, but also doesn't deprive himself of anything – even KFC.

“I just eat smaller portions and incorporate exercise,” he said.

Rather than keep the knowledge about the disease to himself, Daniels shares his journey on social media.

"It's my way of keeping myself accountable," he said.

Daniel's quest to learn as much as he can, has led him to being an outspoken diabetes-awareness advocate.

That's a belief also shared by Ernest Standingready, who says the education also needs to come from people familiar with how the disease impacts Indigenous people.

Prior to sitting down with an expert in 2020, he knew very little about diabetes or how the medications worked in the body.

Standingready was diagnosed 15 years ago, and like many, he was ill prepared to deal with it.

He said the disease has become so common among First Nations people no one really takes it seriously, especially men.

“We have to let go of that mentality that we have to be tough,” he said. “It’s OK to ask for help.”

When he was diagnosed, he was given medication and no education. "The doctor said, 'Here take these and come back in six months,' " said Standingready.

Then it was insulin, but he still didn't know how the medications worked. When his glucose level was high he would administer more insulin like his doctor told him to do.

“I was doing that for quite a number of years,” said Standingready. One day, he noticed his levels were still high even after fasting.

The overuse of insulin led to insulin resistance, which is something he realized only after discussing diabetes with a trained professional on reserve. 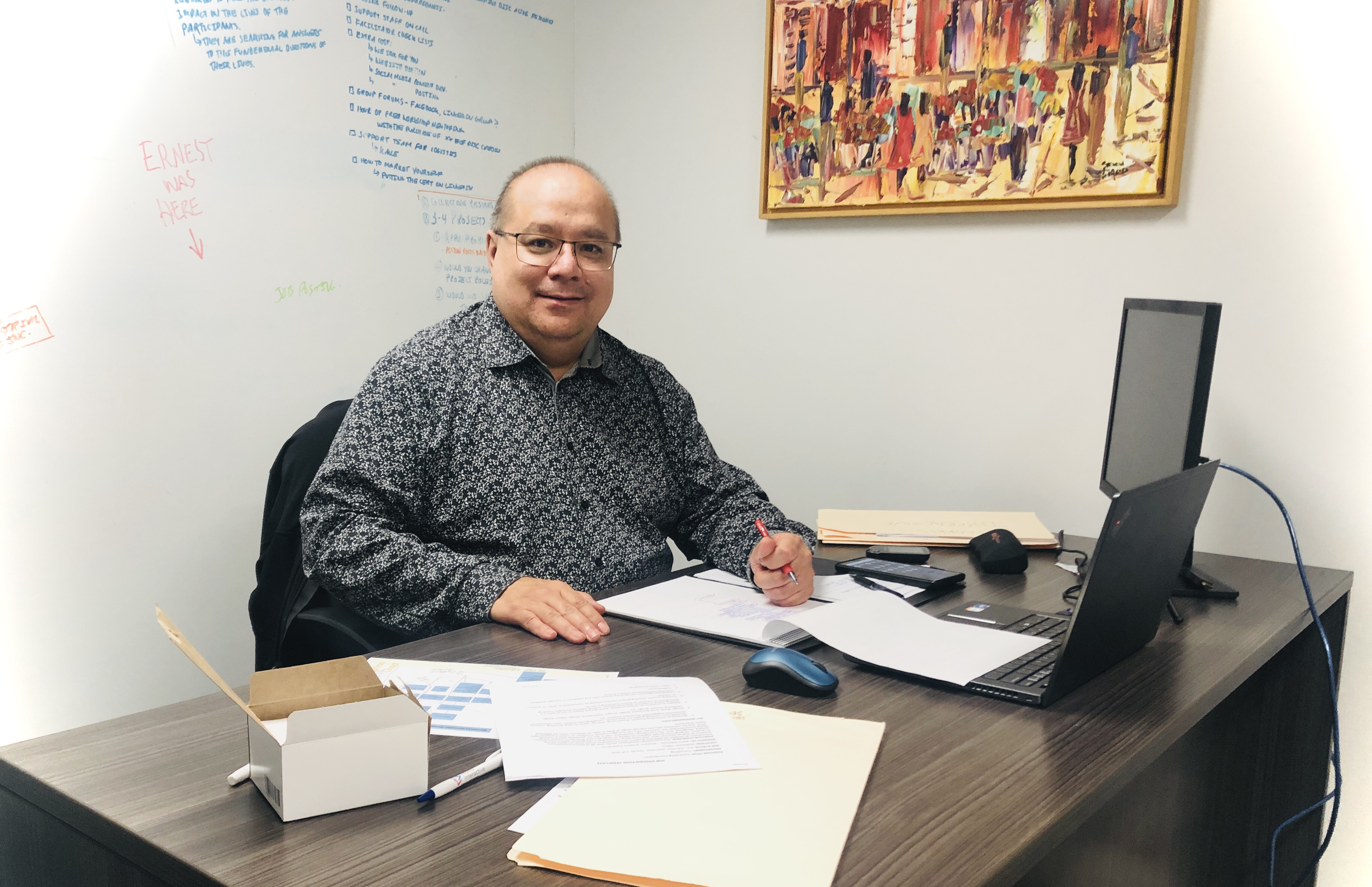 Unfortunately, years of mismanagement caught up to him. Last year, he woke up with blurry vision in one eye. An eye specialist explained what happened.

“Your eye always needs to have blood,” he said. “When it starts to lack blood because of the amount of damage that’s already been there (due to high glucose levels) your eye will start to produce new blood vessels, but these new blood vessels are a lot smaller. Because they are smaller, they are weaker and they actually start to leak.” 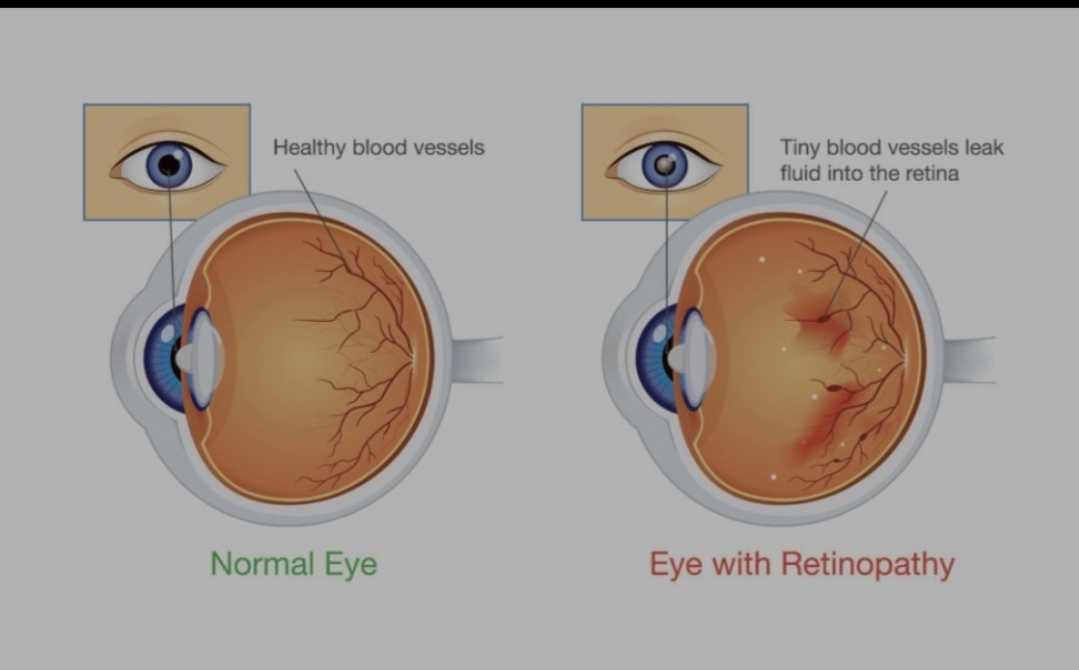 He underwent invasive procedures involving injections into his eye along with painful laser treatments to restore his eyesight.

“I have no one to blame, but myself,” said Standingready.

He's more determined to keep things under control and with proper information and education he's found the right combination of medication to maintain his glucose levels.

Like Daniels, Standingready shares his diabetes journey on social media and he receives a lot of questions. He encourages people to get diabetes education even if it means traveling out to their First Nation because it's worth it. 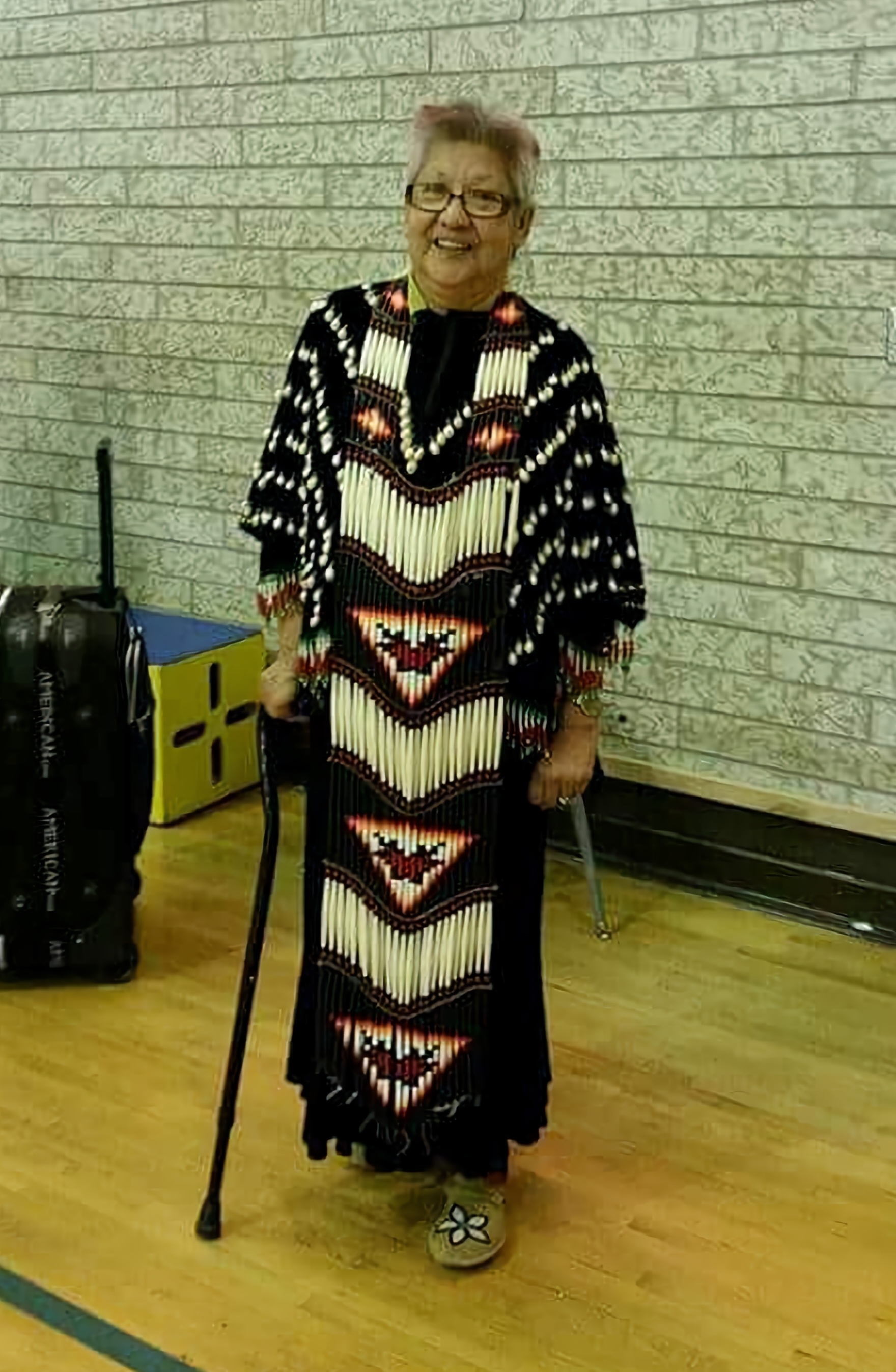 The 64-year-old was diagnosed with the disease when she was only 27.

Sioux John managed the disease for decades, but fell into a depression at the loss of her mother and it had a negative impact on her well being.

In December of 2012, she noticed a small pebble in her shoe, which caused a blister. Ordinarily she would have paid more attention, but didn't and it got infected.

Six months later, due to gangrene her leg was amputated.

Diabetics are at an increased risk of amputation because high glucose levels damage nerves and blood vessels, which is known as diabetic vascular disease.

“If I didn’t have grandchildren, I think, I would have gave up,” said Sioux John about her amputation.

On July 13th, 2013, she sat in her hospital room before the surgery and spoke to her limb.

“I knew it was sick,” she said. “I told my leg, ‘Thank you for carrying me and I am sorry I didn’t look after you the way I should have.’ ”

Sioux John left the hospital in a wheelchair, but it wasn’t long before she asked for a prosthetic leg to walk again.

Six weeks after receiving her new leg, she was walking with a cane.

It wasn't long before the life-long powwow dancer dreamed of dancing again.

In fact, the determined grandmother - walked away a champion. 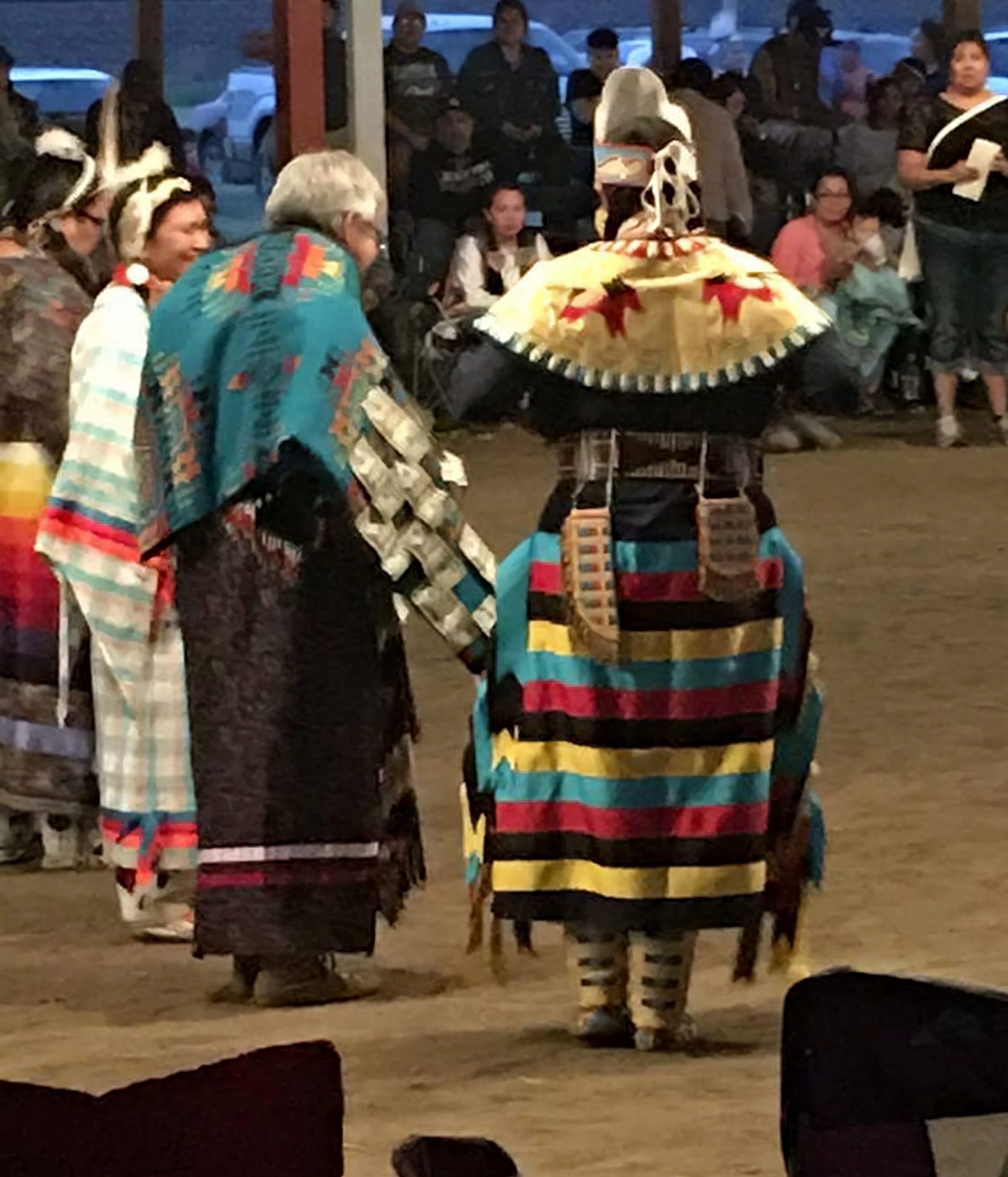 It's an experience Sioux John will never forget.

“I was spinning with my cane in the air and keeping in step to the beat,” she recalled.

It was a move she hadn't attempted since she was a teenager and is still amazed she was able to do that with a prosthetic leg.

Sioux John reminds others to never forget their health and to never give up.

Although diabetes can be difficult for adults, a whole new set of complications arise when a family deals with Type 1 diabetes. There is no significant data or information about the rates of the disease among the Indigenous population in Canada. 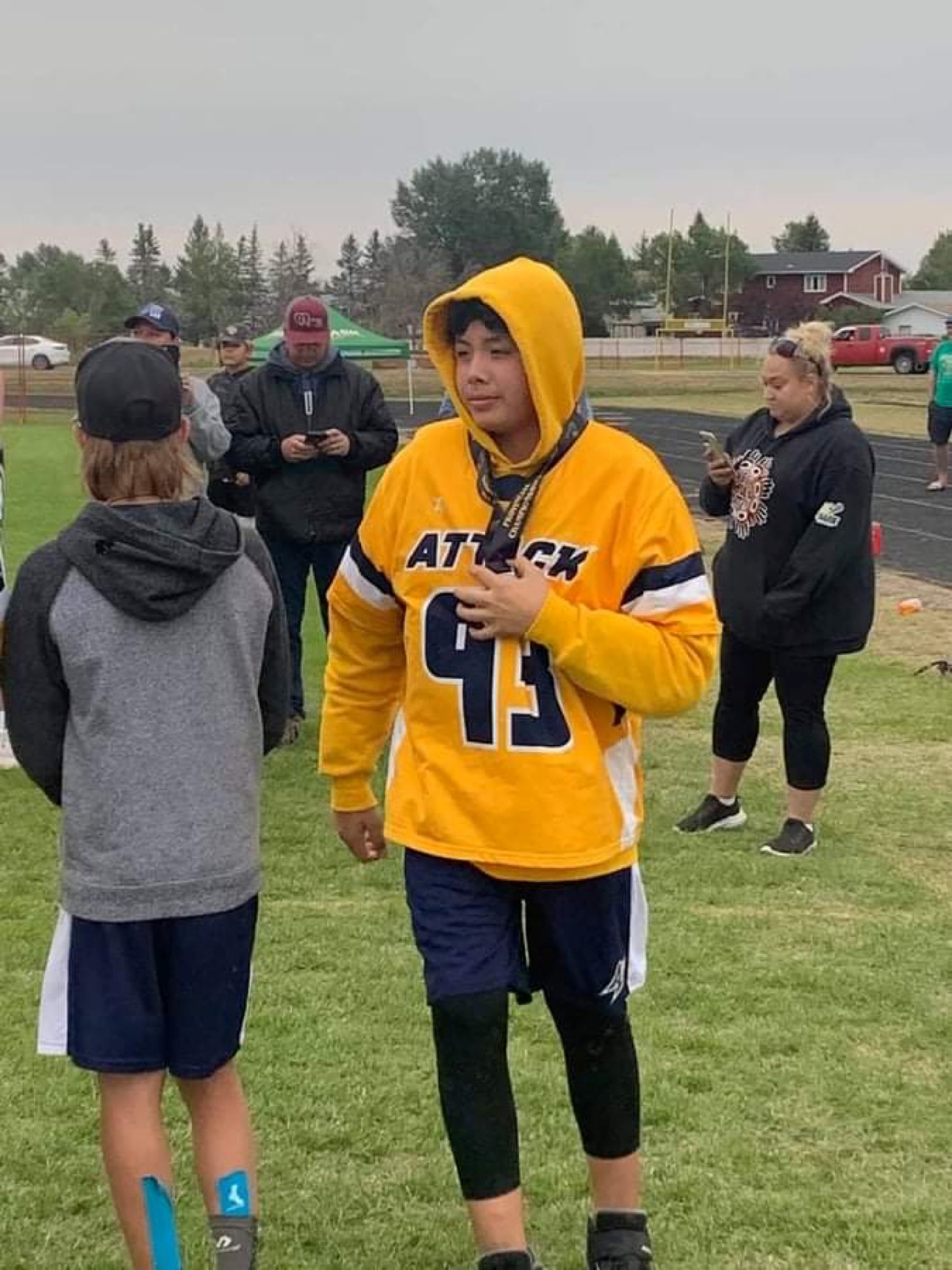 Kimberly Greyeyes-Pinay says there is not nearly enough information about Type 1 diabetes out there for families.

She said it was terrifying to see her once healthy, robust grandson Khylin Pinay-Ledoux lying in a hospital bed and not knowing what to expect.

Greyeyes-Pinay and her husband Dana Greyeyes raised Pinay-Ledoux from a baby and said they felt alone once they left the hospital despite receiving a crash course on the disease while they were there.

Type 1 diabetes is completely different from the more common Type-2 diabetes because it can’t be managed with diet and exercise. Type 1 diabetics like Pinay-Ledoux have to closely monitor their glucose levels because lows are just as dangerous as the highs.

“It was a steep learning curve,” said Greyeyes-Pinay, about the experience during that first year.

“This journey has been hard for me, I can’t imagine what it’s been like for him,” she said.

Greyeyes-Pinay said it’s been an isolating experience because people simply don’t know enough about the disease.

“The first thing people say when they hear your child is diabetic is, ‘What are they eating? Or, 'You should have been watching what they ate,’ ” she said.

Initially, Greyeyes-Pinay thought she did something wrong, but after educating herself about the disease and finding a small support network online she knows it's no one's fault.

Now 14, Pinay-Ledoux towers over his grandmother and has gone back to doing everything he did before.

“Nothing’s really changed, it’s just different doing needles in front of people,” he said. “I just can’t go eat what I want whenever I want because I have to take a needle.”

Most of his friends know about his condition and are fine with it.

Pinay-Ledoux checks his glucose levels before every meal and each meal is followed by insulin, even though he doesn't like needles.

Greyeyes-Pinay looks forward to the day when he can get an insulin pump so he won’t have to do so many injections.

She has also shared her journey on social media and has met other parents and it’s those bonds with those other parents that have helped her through the last two years.

Daniels said a national strategy to combat diabetes among Indigenous people in Canada needs to happen, but it must come from Indigenous people and not the top-down paternalistic approach the government tends to use.

Until that strategy is created, he encourages everyone to go to the NIDA website www.nada.ca to find useful information and educational material on diabetes.