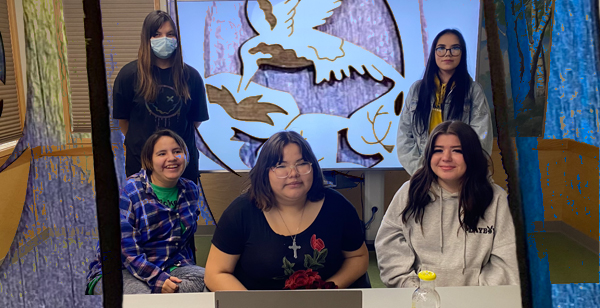 The 3R Innovation Imaging pow wow pitch team from the 2022 competition posing in front of their presentation. Photo by Joe Taylor

For a group of young Indigenous entrepreneurs from One Arrow First Nation, 2021 and 2022 have been quite a thrilling time, and they are ending the year with a bang on Aboriginal Peoples Television Network’s (APTN), Bears’ Lair, which aired on Oct. 16.

A business club at Almighty Voice Education Centre is an initiative that started almost a decade ago in One Arrow First Nation. The club is run by Joe Taylor, who helps guide students to create and run a successful business.

“They participate in all facets of the business, for the most part,” said Taylor. “And I’m just kind of mentoring and opening some doors for them and seeing where that can take them.”

The group Taylor is currently working with has students that span Grades 6 to 11. 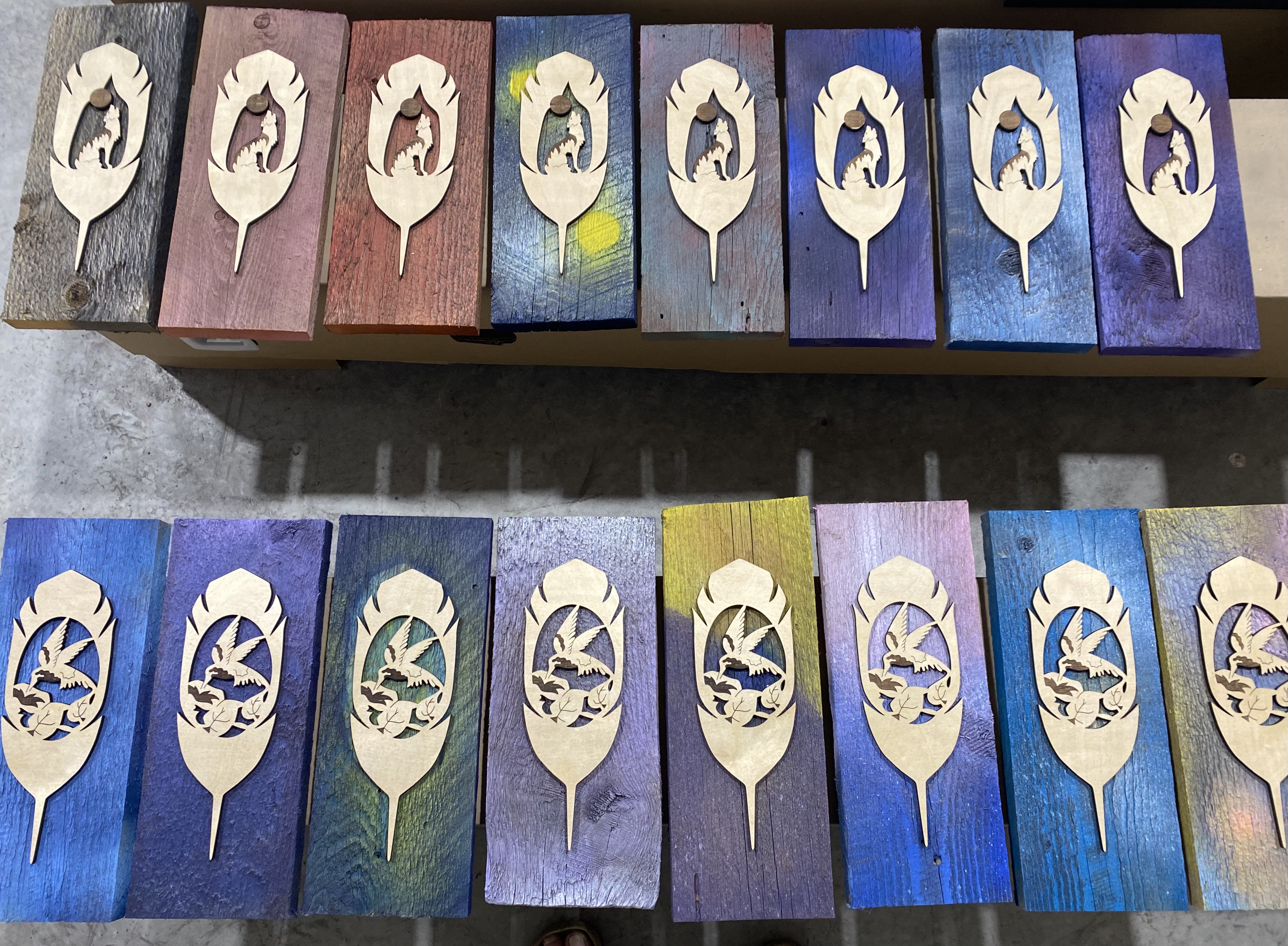 One of 3R Innovation Imaging© designs that’s made from recycled fence boards. Each piece of fence board is unique with a different paint job. Photo by Joe Taylor

The students created a business called 3R Innovative Imaging and they sell repurposed wood that’s been laser engraved with culturally significant images or words — hence the “3R” in their name, which stands for recycle, reuse and reinvent.

“They’re doing their part to save the environment by keeping old cabinet doors, cabinet door samples and fence boards from the school yard from going into the garbage dump,” said Taylor.

Taylor said they would sell their products at various events, but now they’re in 14 retail locations and are working on getting a website and social media up and running.

The 3R Innovation Imaging group ran the gambit of award shows and competitions. They won the Entrepreneurial Spirit Award at the Saskatchewan Indian Equity Foundation, then placed fourth overall in the Pow Wow Pitch Competition (PWPC) that had 1,600 submissions across Turtle Island.

In 2022, the students became semi-finalists at the PWPC and were featured on the Bears’ Lair TV show; they were flown out to Vancouver, B.C. for filming. Bears’ Lair is similar to the CBC show Dragon’s Den, except it features only Indigenous businesses across Canada.

At these competitions, the team of students have to make their best pitch and hope it leaves a good impression. Ruby Daniels, the spokesperson for the group, is becoming very familiar with making these pitches.

“It was so scary at the beginning, like I was literally shaking before each event,” said Daniels. “[After] a while it kind of didn’t feel as scary, but it was also still nerve wracking, every single bit of it. The bigger the opportunity, the more scary it was to [do] it.”

Daniels said now that she’s done a few competitions, she’s settling into the role more, adding that who you bring along to the competition is important because they are also there to support you. 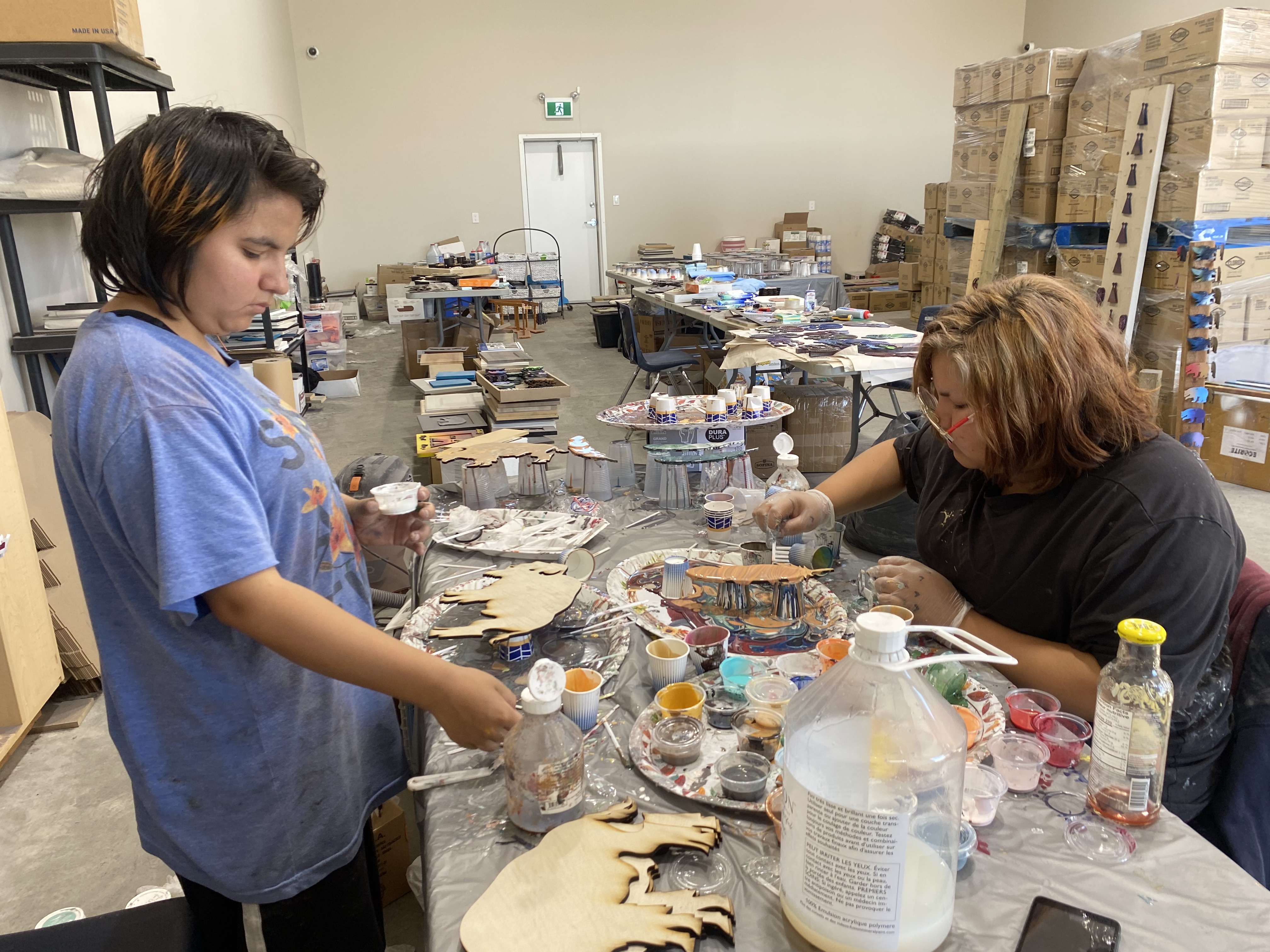 When asked about the experience of being flown out to Vancouver, Taylor said it was amazing, not only for the experience but also because it was the first time some of the kids were on a plane.

Daniels said she plans to have a business of her own and then go study abroad after she graduates.

“I want to see everything. I’ve been in living in this place since I was a kid,” said Daniels. “And once I started here, I just felt like I could finally take off and do my own thing, live my own life, [then] come back and tell the world the stories.”