Marcus Haywahe loves to draw cartoons, collect Amiibo characters for his Wii U game and listen to the Nakoda app on his iPad. 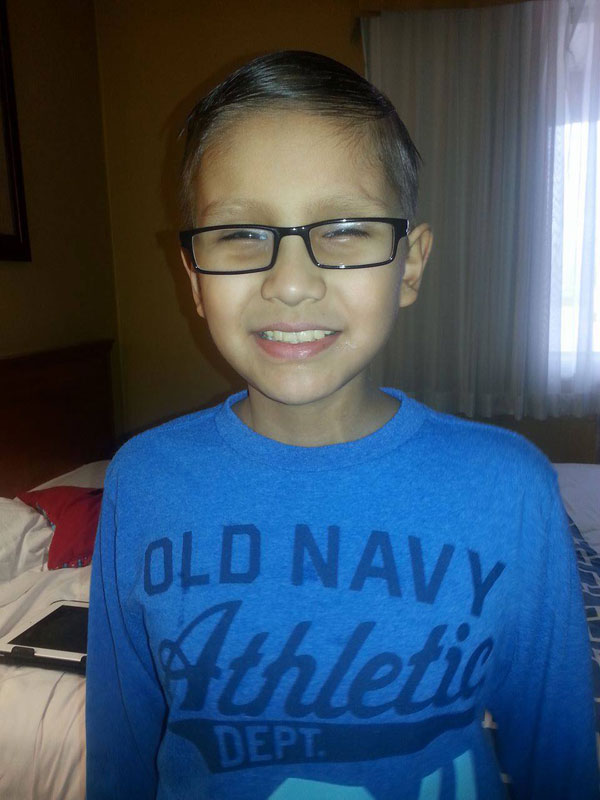 The 10-year-old boy from Carry the Kettle First Nation also likes to play soccer but with his brain tumour diagnosis called medullablastoma; his mobility will soon be limited. His cancer went into remission for a while but returned in December.

“We had a talk one night about his cancer coming back and he cried a bit. He looked at me asking if he’s going to die...and said ‘I don’t want to go; I want to stay here with you guys’,” says Laurie Delorme, reciting her grandson’s heartbreaking confession.

The Grade 5 student stays with his grandmother during the week and returns home in Regina to his mother, Megan Haywahe, on the weekends and during his weekly appointments. Marcus is currently on his second week of oral chemotherapy treatment and despite the unfortunate situation he’s in, he remains optimistic by focusing on his wish to go to Disneyland to experience the excitement and fun he had when he first went following his initial diagnosis back in 2012.

“He said ‘can I please go there one more time’ and I said okay,” Delorme says. “Before Christmas I sat down with my daughter and said ‘okay, this is what we need to do. We need to get him over there before things get a little too complicated for him’.”

Delorme, who is also Marcus’s school teacher, reflected back on the fun her grandson had and recalled his favourite ride which was Space Mountain.

“Him and his mom went on [that ride] and she freaked out and all he did was laugh. She thought he was crying and he said ‘yeah, I’m happy...I’m laughing here’.” That experience was made possible by the Children’s Wish Foundation, which only grants one wish for a child diagnosed with a life-threatening illness.

“This little guy has created a big family, I thought we were in this by ourselves but we’re not,” says Delorme. “Maybe that’s Marcus’ purpose on earth here is to create a bond between people, has brought a lot of love and support for the family.”

Marcus’s family and home community is hoping to have his dream come true by making fundraisers including a GoFund Me page called ‘Marcus’ Second Fight’ aiming to raise $15,000, which is currently at $5,465. They plan to leave on April 3rd to the 9th.