Future social worker wants to help others “do great things” 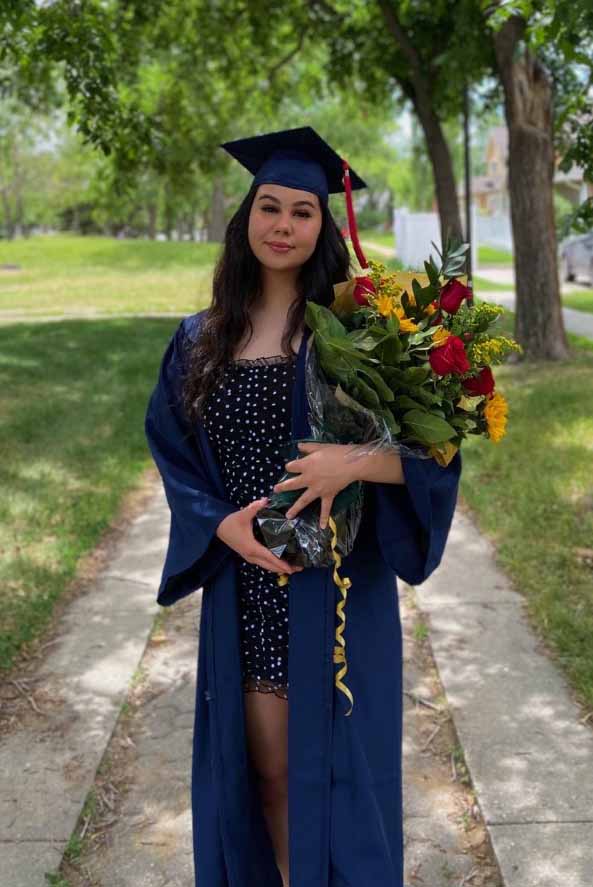 “I’m excited because I wanted to go to university my whole life,” she said.
Obrigewitsch maintained honour roll during all four years at Miller Comprehensive Catholic High School. She graduated with silver recognition on her diploma for her extracurricular activities and won the Indigenous student award for her grades and post-secondary plans. She says her favorite class was Native Studies.

“I was in student representative’s council. (We) helped with everything around the school and planned events,” said Obrigewitsch. “I was in Unity in Diversity group, beading and sewing, drumming and singing, I did band, I did book club, I did a lot.”

Obrigewitsch is excited to be the first generation of her family to attend university. She said she always enjoyed school and schoolwork is something that comes naturally to her.

“My goals have always been to help those who don’t have a voice,” said Obrigewitsch. “By going into Indigenous social work my hope is to impact people’s lives and improve the lives of the next generation of our children and to give children opportunities that they would not have been given before … I could give them their chance to do great things.”

Obrigewitsch said she faced challenges during high school because of how she felt people viewed her as an Indigenous person. At times she felt she was treated differently by being dress coded more than others or for being in the hallway.

“I know who I am and I know I’m doing a lot of great things,” said Obrigewitsch. “I know that not a lot of people would see that when they first look at me. Some people still have those negative stereotypes in their minds.”

When classes were canceled due to the pandemic, it was weird to lose time with friends and making memories during their last year of high school, Obrigewitsch said.

She was grateful for the graduation held at her school.

“They had a red carpet set up, they had balloons, they had a mini stage you can walk across.

When school closed students could opt-in or opt-out of online classes. She chose to opt-out so she could work and save for university and a computer, which she said she needed for her first semester of university.

“I went and worked at the hospital … I don’t own a computer so I knew if I had to do online classes I would have to work really hard to get a computer,” she said.

Obrigewitsch is working as a unit support worker at the Regina General Hospital until classes begin in the Fall.