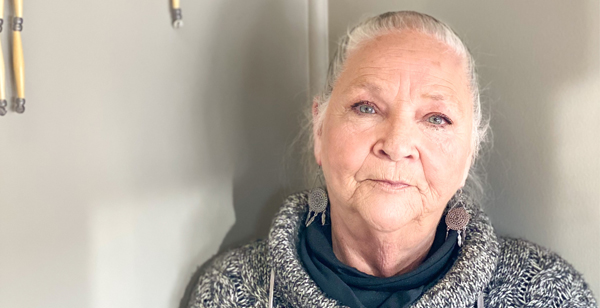 An advocate for female inmates is adding her voice to advocate for the better treatment of inmates at the province’s correctional facilities.

Patricia “Patti” Tait, acting executive director for Elizabeth Fry Saskatchewan, is concerned for the health and safety of the women currently on remand at the Pine Grove Correctional Centre in Prince Albert.

“The issues that we are facing here and what I believe are critical, is that we have a huge influx of people who are being held in custody on remand and those remand cases are not being heard in a timely way,” said Tait. “We actually have, in Saskatchewan, more than double per capita the number of individuals being held on remand.”

She said this is a concern at any point in time, but it has become a dire situation now given the stricter COVID-19 measures in place.

She said the population is exploding at the institution and its temporary overflow unit is being utilized. Tait has also heard that COVID-19 is in the facility.

“There was an indication that there was a specific unit that the women who have either been diagnosed with COVID-19 or who have been tested and are asymptomatic are being held from the main part of the institution,” said Tait.

Marieka Andrew, spokesperson for the Ministry of Corrections, Policing and Public Safety said in an email statement there were no confirmed cases of COVID-19 at Pine Grove.

According to the province, new inmates are tested and screened for the disease and retested after 10 days.

Tait said there is also no programming for woman on remand and that is because they haven’t been found guilty of anything yet, so the institute doesn’t provide them with any healing programming, so the women sit in their cells doing nothing.

Trials have been postponed and court has been cancelled, which means many women on remand are stuck in limbo because without court, women are not being tried and not being released.

The province says corrections does not have the authority to release remanded inmates.

“There are no resources being expended to keep them healthy and sane,” said Tait. “The fact that we in Saskatchewan have double the number of women on remand in the country is outrageous.”

In addition to zero programming and being held in their cell 23 hours a day as a precautionary measure, all visits to correctional facilities have been suspended.

“As workers and as helpers, we are not even allowed into the institutions, so our phones have been ringing off the hook because it is the only service these women can access at this time,” said Tait.

Normally, workers from Elizabeth Fry Society would go into the institution twice a month and see the women on all the ranges and talk to them about any issues they are facing and listen to any complaints they may have.

“The only information we receive is by telephone and any oversight that we are able to provide is certainly minimized by virtue of that,” said Tait.

She said the women on remand are frustrated because they have no contact with family and friends, they have no programming and they often cannot connect with their legal counsel because they are only allowed out of their cells for one hour a day.

“These are women who have not been convicted of any crime,” said Tait.

Andrews stated in the email that the government’s main priority is the safety and security of Saskatchewan residents and the rules in place are for the health of those in the institution.

In terms of the number of individuals on remand:

“Prosecutors assess remanded individuals and bail matters on a case-by-case basis. As required by the law, prosecutors consider the risk of the accused not attending court, the risk release would pose to public protection, and how remanding or not remanding someone stands to affect public confidence in the administration of justice. Release of offenders is favoured at the earliest opportunity on the least onerous grounds, but only if it is reasonable in the circumstances,” stated the email. “Public Prosecutions has directed prosecutors to consider the current level of COVID-19 infections with an emphasis on public safety when assessing cases.”

However, with court suspended the women are stuck behind bars until their case goes before a judge. She added that some of the charges are non-violent offences, but they are still being held on remand.

“I can attest to the fact that there have been many times when I have dealt with a woman, and in fact more than one, who spent well over a year in a remand situation awaiting trial, awaiting court and then being found not guilty of that crime and being released into the community having lost a whole year of their lives,” said Tait.

Tait said no matter how you look at it being locked up for 23 hours of the day is inhumane and it is segregation.

“COVID-19 has compounded the mental health stressors that are already prevalent in this kind of institution,” she said.