Creating a culture of sobriety 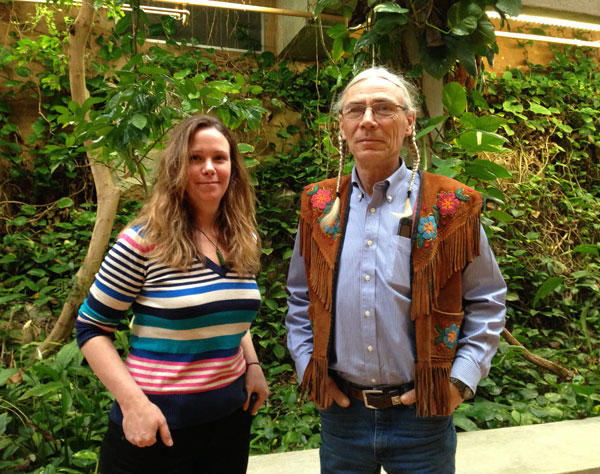 “We have many days to celebrate getting drunk,” says Harold Johnson, as he begins to list them. Christmas, New Year’s, Super Bowl, St. Patrick’s Day…

“We don’t have a single day to celebrate sobriety,” he adds as he embarks on a six-month journey to raise awareness and get a discussion going about alcohol.

From January through June 2016, Johnson is stepping aside from his responsibilities as Senior Crown Prosecutor in La Ronge. For this project, he is joined by his wife, Joan Johnson, and Carla Frohaug, who are both normally employed with Community Corrections.

“The three of us working together, I couldn’t imagine a better team,” says Johnson.

Their task, under the broad heading of the Northern Alcohol Strategy, is to engage the communities within the Lac La Ronge Indian Band and Montreal Lake Cree Nation territories in finding some answers to the problems caused not only by addictions, but also, as Johnson puts it, “binge drinking, over-drinking, and a culture of drinking.”

Johnson has experienced the impact of those problems both professionally in his work with the legal system, and personally - two brothers were killed by drunk drivers.

Whether they drink or not, Johnson figures one in two people in northern Saskatchewan will die as a result of alcohol.

In addition to the human cost, there are economic implications. Johnson says significant healthcare costs in the province are attributable to alcohol, and businesses suffer when staff do not dependably show up for work, or are less productive because of hangovers.

Frohaug says they have already begun the process of meeting with band, town and village councils for permission to consult with grassroots folks. The intent is to bring back what people have to say to the community leaders, so that they can come together on a multi-faceted plan that can address alcohol-related harm on a number of fronts.

“I think this is an opportunity to support and empower communities to take some ownership over a big social issue for northern people,” says Frohaug. “I look forward to what comes from our consultations.”

One of the questions Johnson will be asking is, “What can you do to promote sobriety?”