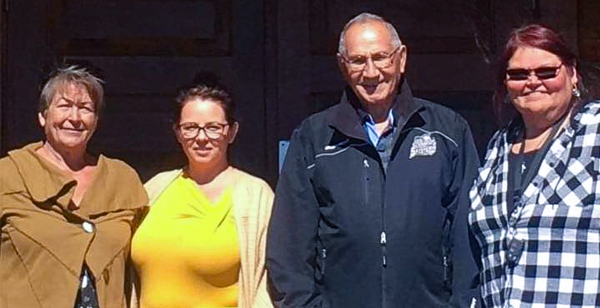 A Saskatchewan organization for non-status and off-reserve Indigenous peoples has reached back to its past as part of deciding on a new name.

At its annual general meeting in August, the Coalition of Aboriginal Peoples of Saskatchewan (CAPS) officially changed its name back to the Association of Métis and Non-Status Indians of Saskatchewan or AMNSIS.

AMNSIS was the name of the organization until the late 1980s, when a group from within broke off to form what is today called the Métis Nation-Saskatchewan.

“It’s to pay homage to the history of where we come from,” outgoing president John Hanikenne says. “Back in the old days, when Jim Sinclair and Clem Chartier – the Métis Nation - got in, they broke from AMNSIS to become the Métis Nation and left all these people with nothing. Left them out in the cold and they’re still out in the cold.”

“We went back to AMNSIS because AMNSIS was a really resilient, inclusive organization that was strong, came from very united leadership that worked together and worked hard for the causes of all Indigenous people in Saskatchewan,” she says. “We just wanted to bring the spirit of that back as well.”

She says the strength of the organization, in contrast to both the Federation of Sovereign Indigenous Nations or MN-S, is that it is open to anyone who identifies as Indigenous.

“We’re not distinction-based and that’s the catch phrase right now. We believe that all Indigenous people are kin and that the government, since any colonial acts or legislation has been brought in place, it’s all been used to divide Indigenous people… Whether they’re First Nations, non-status, Métis,” she said.

Hanikenne adds organizations like the MN-S may be more successful in leveraging federal and provincial dollars than AMNSIS, but this comes with its own price.

“We’ve got a system that doesn’t belong to us. Basically, it’s a product of the federal government and their policies that have done this to our people. Just in the sake of getting federal money.”

Nevertheless, Lavallee says AMNSIS has been successful in getting about $1 million in federal COVID-19 relief dollars through its national affiliate, the Congress of Aboriginal Peoples.

She says the organization also plans to hold a series of online town hall meetings in coming weeks.

Lavallee has said AMNSIS intends to build the organization and work on issues facing Indigenous people, including health, housing, land and children being apprehended by social services.