Chris Ross on the importance of presence in fatherhood 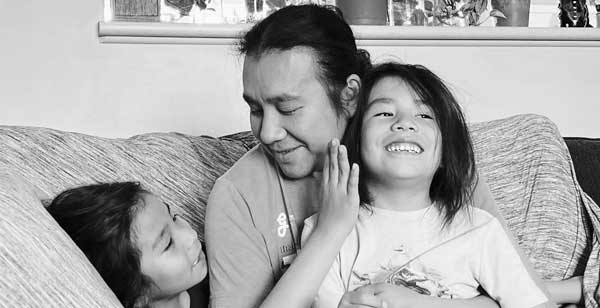 Chris Ross with his children Creeseaux and Indi Photo supplied


Chris Ross managed to blaze a path in the video production, magazine, and multimedia world for other Indigenous youth to follow and look up to. In his eyes, while proud of these accomplishments, there is no greater accomplishment than his family.

Ross and his two sisters were raised by a single father, Allan Ross, and Chris spent most of his early life travelling around Saskatchewan, living in various cities, and attending different schools. While navigating this nomadic lifestyle across the Prairies, he attributes everything he knows about being a good father to watching his own.

“He was a big influence in my life about becoming a father, and how to be a father. He was like a basketball coach, he was a teacher, he was an entrepreneur, he was a mentor,” said Ross. “He really inspired a lot of kids and mentored a lot of kids who grew up to become really good people, and really positive people and leaders.”

Like many people in their youth, being unsure of what they want to do with their life is not uncommon. Ross contemplated what he wanted to choose as a career path but said he always had the entrepreneurial spirit at heart and that’s what led him to his first idea, a magazine called GenX, which later turned into the more successful version, RezX. 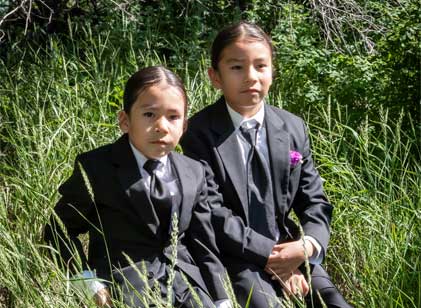 
He started RezX in his 20s but got away from it in his 30s. From there, Ross worked odd jobs here and there until meeting his wife Tasheena and welcoming their first son Creeseaux. This is where Ross decided to make the jump into RezX all-in.

“I got like, nine months to prepare for this dramatic change in my life,” said Ross. “So, that was like, well, I already have RezX, and I’ve always thought this was a really good opportunity to turn that into a business, but to take it real serious this time.”

Ross expanded and started RezX South and RezX North, which covered different regions, then another multimedia company after his second son Indi was born, called IndigenX.

Since then, Ross attended Saskatchewan Polytechnic, made a critically acclaimed documentary called “Keep Going my Daughter” and has now settled into an associate producer role at Access Communications, where he works on various projects and shows.

Above all accomplishments, Ross makes it clear that family and raising his two sons with his wife is the aspect of life he most looks forward to, and also according to a former coworker and friend, Paul Burch, who says Ross is a champion of his family.

“You don’t often get business guys celebrating their family life, both their wife and their kids the way that Chris does in and around his businesses,” said Burch. “So, I’ve always had an immediate connection from an entrepreneurial standpoint, and the more I got to know him, he’s just a good human being.” 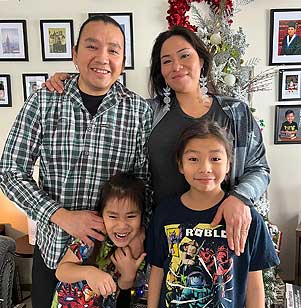 Ross says he doesn’t sit on boards or committees, he tries not to travel that much for work and he, ultimately, just wants to spend time at home with his boys.

“My dad has taught me just being there for them and just being present and trying to live a healthy lifestyle for them,” said Ross.

Along with the importance of presence in their lives, Ross also believes in tradition and giving his sons a sense of identity, which he did by growing out his hair. Ross thought that it was possible his children might be the only students with long hair or that they might even be the only Indigenous kids at school, so it was important to him that they could come home from classes and see their father with long hair and feel like it’s normal.

“Why our people used to have long hair a long time ago, and how that was normal for everybody,” said Ross. “I just wanted them to have something to be proud of and it started off with me, that’s why I wanted to just grow my hair.”

When asked about racism in Saskatchewan and what it’s like to face that as a parent when raising children, Ross says it exists systemically within the province and thinks you must give your kids the proper tools to prepare for it.

Ross hopes to live up to his late father, who passed away 7 years ago, but said those are going to be big moccasins to fill.