Once again Saskatchewan people demonstrated their spirit of giving during the holiday season, donating approximately $1.8 million to the food banks. For the sixth year running, PotashCorp provided a $1 million donation. Since 2010, PotashCorp and Saskatchewan citizens have raised more than $15 million. 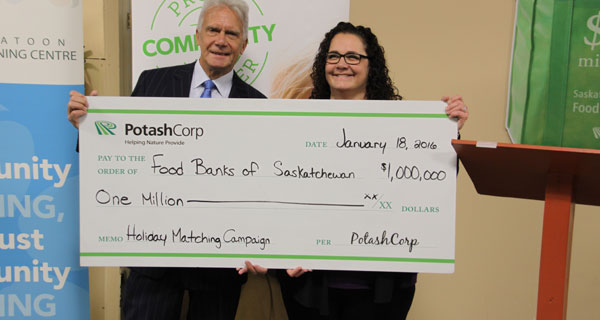 “Year after year, people do not hesitate to step up for the province’s food banks, which are an invaluable part of the food security network in Saskatchewan,” said Wayne Brownlee, PotashCorp Chief Financial Officer. “This cause is close to our hearts at PotashCorp and we are grateful that so many others feel the same way.”

Between 2008 and 2015, food bank use in Saskatchewan increased almost 51 percent, according to the most recent Hunger Count report. Forty-five percent of people helped by the food banks are children. 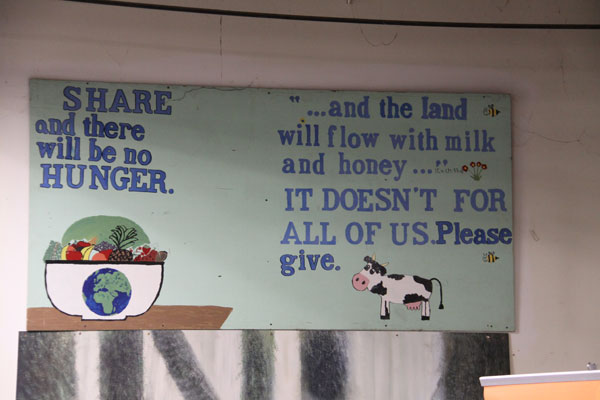 Saskatoon Food Bank and Learning Centre Executive Director Laurie O’Connor says the organization was thrilled by the outpouring of support but the need isn’t letting up.  “Every year we count on this season to meet the community’s needs, and every year our community’s response is overwhelming,” said O’Connor. “From people dropping by with food and cash donations, to volunteering and hosting fundraisers and special events, our community continues to amaze us with their passion to end poverty in our city. With the support from our community, combined with the support from PotashCorp and the Matching Gift Campaign, we are able to provide our community with the resources they need.”

And those resources are in high demand. O’Connor notes that growth in the demand for their services set a record in December with 875 new users. Now the Saskatoon Food Bank serves almost 18,000 people monthly. “We can only provide those people with 2 to 3 days worth of food per visit,” said O’Connor. “With the tough times in the economy and with the increasing cost of food it is getting more difficult to provide people with the proper nutrition.”

Once the food banks exhaust their resources, they have to turn to the community to make up the shortfall. Fortunately the people in our territory are very generous. 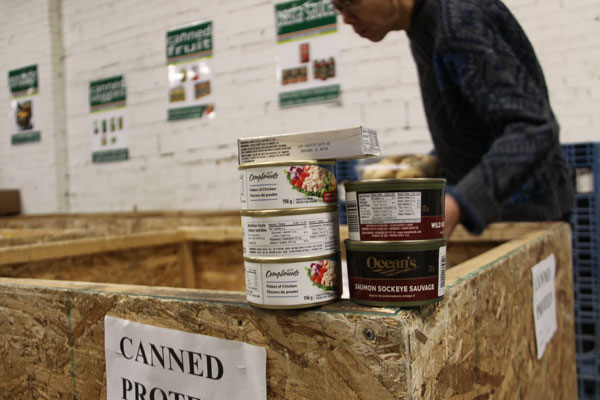 “Food banks across Saskatchewan offer their heartfelt thanks to PotashCorp for this amazing partnership and community leadership,” said Steve Compton, Executive Director of the Food Banks of Saskatchewan. “This support ensures that in communities large and small across Saskatchewan, food banks will continue to support families and individuals experiencing hunger and food insecurity. On behalf of the more than 28,000 people we proudly serve each month, thank you PotashCorp.”

Money from the matching gift campaign not only funds food purchases, it helps many food banks support vulnerable citizens through education programs, counselling and more.