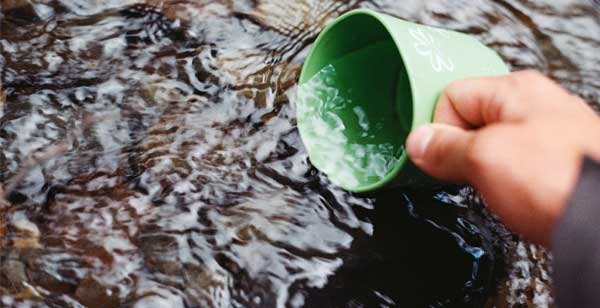 The claims process is now open for the First Nations' $8-billion clean water settlement, which is being met with some skepticism because something like it has never been done before. .

“It's a good chance for Canada to prove that they are willing to fix this issue,” said Chief Donny Ironchild of Little Pine First Nation. “Hopefully they do it, and build confidence in other nations.”

His First Nation has been under a water advisory for the past five years.

Currently the community is in the process of working with the government to have a well built in order to remedy the water issue, but citizens are still without clean drinking water. Those who can afford it will haul water from the water dispensary at the local store, but at $3 for five litres, it's expensive, said Ironchild.

He hopes the Class Action lawsuit will finally bring the change for their community that they've long been waiting for, but is waiting for Canada to prove their commitment.

“It's hard to say (if we are confident),”  he said.  How many years has this been going on? These problems are all over Canada,” said Ironchild.

The claims process opened on March 7, and will be open until December 2, 2022. The settlement includes compensation for individuals and First Nations who were subject to a water advisory for at least a year between November 1995 and June 2021.

According to the Class Council, at least 250 First Nations in Canada were under water advisories at some point in that period.

The $8 billion settlement includes an additional $50 million allocated for eligible individuals who suffered specific injuries because of drinking water advisories, and $6 billion to support construction, upgrading, operation, and maintenance of water infrastructure in First Nations communities.

Star Blanket Cree Nation located 72 kilometres north east of Regina has had a water advisory since 2000.
Chief Michael Starr says members who can afford it will buy their own bottled water, but those who can't afford to do so will still use and drink the available water.

The First Nation has been working with the federal government to replace their current water treatment plant, but the process has been slow and frustrating, said Starr.

“We've been stuck in that process for a long time,” he said. “There are a lot of delays. It's been frustrating for our team. They gave us the initial dollars, but haven't committed to approve our engineer's design. So we've been waiting to start.”

No longer a political issue

“The obligation on Canada to fix their water advisory issues is now a legal requirement,” said LaForme. “Up until the class action, and court approval of the settlement agreement last November, Canada considered this a political issue, not enforceable by law and not a legal issue on Canada's part.”

Prior to the settlement, First Nations had to rely on Canada’s goodwill to fix the problem but now it’s a legal obligation, he said.

As part of the settlement, $1.8 billion has been set aside for compensation.

While many individuals living under water advisories suffered physical harms like skin rashes and sores, LaForme said it's important to note that there is $1.8 billion in compensation for all types of impacts.

“(You are eligible) if you suffered emotional harm. It's across the board,” he said. “If you existed on a First Nation that incurred a water advisory for a year, the mere fact that you were there, it's accepted that you suffered harm and you will be compensated for it.”

Perhaps most importantly, Canada is legally bound to consider Indigenous perspectives in the process of fixing their water issues, said LaForme. If a First Nation doesn't believe what Canada is doing is in the best interest of their First Nation, they can take it to an appeal process that considers Indigenous legal traditions.

“It has to include legal First Nations traditions in law,” said LaForme. “So, you could put it on your reserve –that's where the hearings would be. Mediation or arbitration in your language, it has to use the language of the First Nation.”

Basically what this means is First Nations now have an equal say in what will fix their water problems.

“I don't know that this has ever been done before, where you recognize the legal traditions, the legal protocols, the legal Indigenous justice system, that existed before, “ said LaForme.