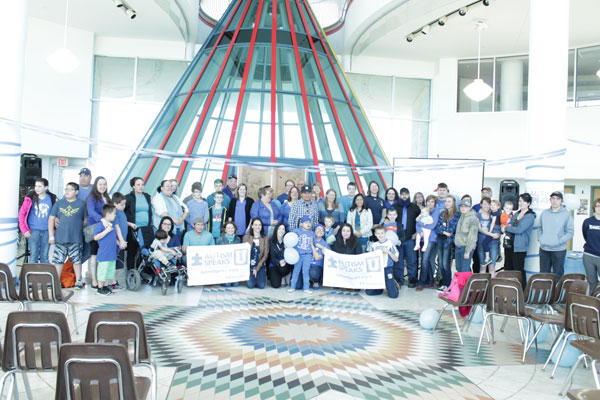 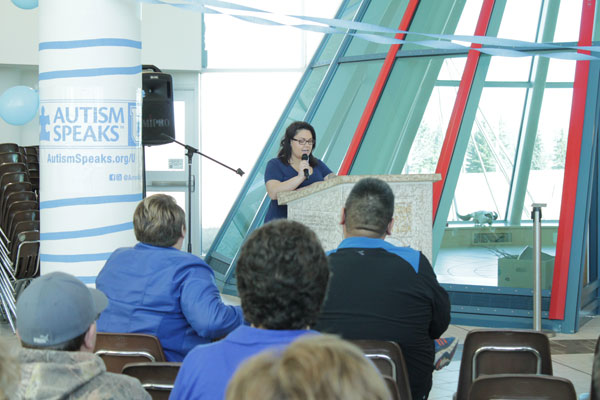 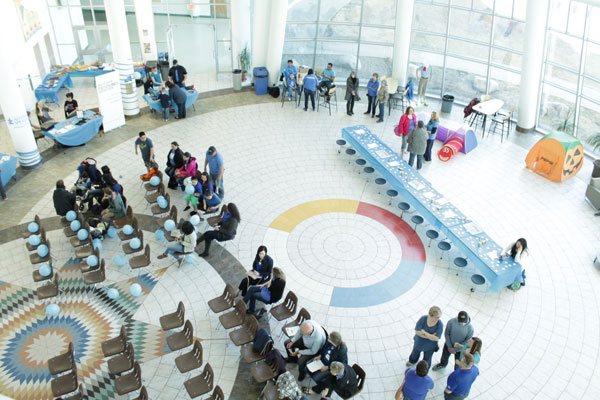 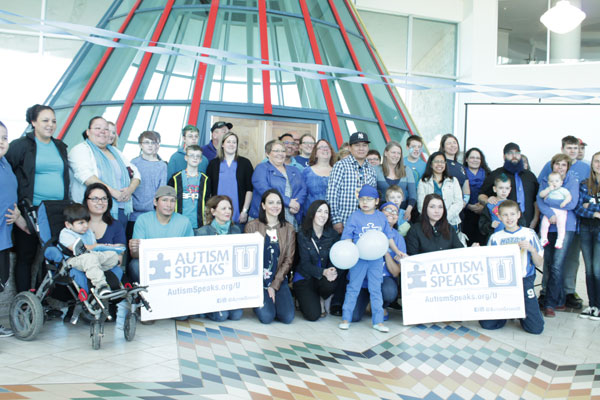 A U.S. non-profit organization, Autism Speaks, established an Autism Awareness Day every year on April 2. This important event brings together, siblings, parents, health professionals and friends to learn from each other.

When her 7 year old daughter, Sharlize, was diagnosed with autism on June 2012, Regina mom, Jeanelle Mandes did not know anything about the neurological condition.

It was then in her search for information she realized how important it was for parents and others to have information and supports on how to help their kids.

Mandes has been organizing the, Light It Up Blue, event in Regina since 2013 in her effort to teach others what autism is and to bring people together.

“If they know someone on the autism spectrum, I want them to understand what autistic people and their families are experiencing and what their needs are,” said Mandes on a Media Release.

Allyssa Sanderson, mom of 4 year old Ben, who was diagnosed with autism and lennox-gastaut syndrome, travelled from Prince Albert to speak at the event about her learning journey with her son.

Sanderson spoke of an encouraging traditional belief an elder shared with her.

“She said anybody with autism or any neurological differences were seen as sacred in a community and were treated as such because they were able to see the world in a different set of eyes than everybody else,” said Sanderson.

Sanderson says Ben always keeps her on her toes and how she learns how to look at things in his perspective.

She says that it’s her first time at this event and how great it is to bring people together to share their experiences.

Jeff Cappo, father of 20 year old son, who was diagnosed with autism at the age of 3, was invited to be the Master of Ceremonies this year, as he was interested in participating in the event.

“When I heard about it, and finally met Jen last year, we started talking and I told her about my son having autism, and some of the programs that we’ve been through,” said Cappo.

As the emcee, he shared some stories about his son.

“At first it was a little hard for us to take in and the struggles began, but we started learning how to cope with that,” said Cappo.

They found a lot of support for their son in Regina and said that he is a bowler and has made many friends through the sport.

“My son is involved in a great program in Regina, called Special Olympics,” said Cappo.

He is glad of these kinds of events which create more awareness for people with autism, especially for First Nations people.

The event was held at the First Nations University of Canada Atrium, Regina campus, on Saturday, April 2, 2016.